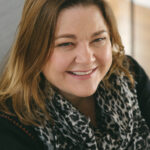 Harriet Tyce grew up in Edinburgh and studied English at Oxford University before doing a law conversion course at City University. She practised as a criminal barrister in London for nearly a decade, and recently completed an MA in Creative Writing – Crime Fiction at the University of East Anglia. She lives in north London. Her first novel, Blood Orange, published in 2019 to huge critical acclaim. Lies You Told publishes summer 2020.