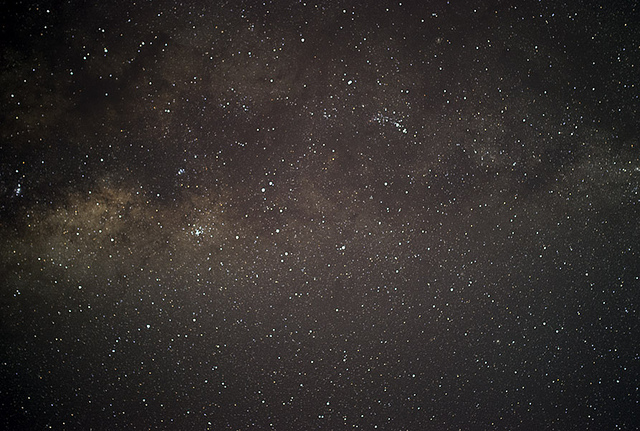 The suburbs loosen their belts and let it all spill out. Cul-de-sacs uncoil like jazz solos after the strict bar lines of the inner city; here all chords are complex, neither major nor minor. But in spring, when the low sun stirs the gardens back to life, it tiger-stripes them with treacherous shadows and impossible shades of green. And it was on one of those quiet, dangerous spring mornings that Helen first suspected she had been abducted by aliens.

It was the moment when she paused on the threshold of her front door and realised she had no memory of where she’d just come from, or what sequence of events had led her here. When she checked her phone to see if it knew any better than she did, the time on the screen was half an hour behind the clock on the wall. Helen stood in the hallway and ran through the possibilities.

Leo was watching TV. He wasn’t convinced by the abduction hypothesis but was unable to come up with a better theory. She could, however, tell he was becoming annoyed by her insistence that it was the only answer supported by the facts. He is increasingly baffled when she heads out again, intent on retracing her steps. She stands in the drive and looks around her. The street is quiet as ever. A long curve of parked cars and decisively closed doors stretches out of sight, just as it has done for every day of the year that has almost gone by since they moved here. The houses could all be occupied or long deserted and you’d never know. The light itself, the angles, the shadows, all seem strange to her eyes now, the curves and windings of the branching cul-de-sacs part of a hidden design, shouting a message she can’t quite grasp. The recurring patterns of front lawns, the way they alternate between obsessively maintained and shabbily overgrown, make up a code of fractal complexity.

She walks to the kerb and looks left and right, no memory stirs. She has no idea which way to go. She examines some marks on the road that could be the signature of other-worldly technology or just the burnt rubber of someone’s teenage son who once shattered the calm. The tracks reveal no information. She makes her way back home.

“Did you find anything?”

Nothing has changed. But everything seems changed. All afternoon, the street lies there in the cold sunshine beyond the window, the houses too silent, the colours too vivid. Whenever she catches a glimpse of them it’s as though she’s seeing the buildings for the first time without knowing what they are, these strange lumps of stuff with their ugly angles, sagging, stained plaster, jutting dishes and aerials, predatory hedges pulsing with reawakened life. Their presence surprises her every time she looks up.

Leo’s look comes from galaxies distant. “What do you mean?”

“What if they did take me away? What if I were a copy, a fake me, but I didn’t know because I only remember all the stuff that the real me knew? The real Helen could be light years away by now. What would you think? Would it bother you?”

“Oh no, it’s definitely you. No replicant would talk this much bollocks. Even your aliens haven’t got the technology for that.”

“But we wake up as new people every day, don’t we? There’s nothing to say this is really Helen, rather than a brand new person who just remembers everything about Helen and Leo.”

“Well I know who you are, and I’m someone who’s a bit baffled that his wife is taking a glitch with her phone so seriously. Do you really think the real Helen is in some weird alien sex lab near Alpha Centauri, while you’re stuck here, in my weird sex lab?”

“In your dreams, dearest.”

Naked in front of the bathroom mirror, her body gives nothing away either. But again it is as through she is seeing it for the first time, its curves and the bones beneath the skin are unfamiliar objects, almost ridiculous, shockingly breakable. Near her hairline, a single grey hair has appeared. She plucks it and stares at it closely as though it may be vital evidence.

That night, they lie warm and cocooned in darkness. Helen is awake, listening to the rise and fall of her husband’s breath. Their bodies are centimetres apart, close enough to feel each other’s warmth, but tonight she thinks of the light of distant stars entangling silently across an unbridgeable distance. Her thoughts spin drowsily off into the void. She’s a spectator from a great distance to the flux of images and associations that make up all she is, straining to spot some trace of her lost half hour, at that point on the border of sleep when the ties of the self are at their freest. And only in those moments, so distant from herself, can she almost bear to look directly into the centre of her universe, the black hole that she spends her days orbiting, whose icy radiations would overwhelm her if she ever let herself approach it Only here can she let its waves of sadness flow through her, without limit or end, endurable from the interstellar distance of her fading, redshifting consciousness as she gutters like a failing candle before finally winking out. Hoping that when she wakes it will be as a different person; someone it didn’t happen to.

“You know at the speed of light time slows down until it stops altogether?”

“So if I was away for half an hour it could have actually been years?”

“Wouldn’t it have been years for me rather than you? I think that’s how it works. Is this an elaborate way of asking if you’re looking older?”

“Well I think I do, definitely. I feel like everything’s changed but I can’t remember why.”

“You look just like you did the day we got married.”

“Give or take a lot of slap. Anyway, it could have been years, whichever of us had to live them. A long time. A long way from home.”

“Half an hour at the speed of light is only like Saturn or something. Practically still in our backyard. You’d have had to go faster than light to get somewhere, you know, alien. I don’t know what the rules are if you go faster than light. Maybe you get younger?”

“I like the sound of that. Bit drastic though. Maybe you go back in time? Maybe you can change things?”

He falls silent, a void in the room.

Helen is again walking the streets around her house, retracing their windings over and over again. There’s no-one around. There’s no evidence of anything alien, except the whole world. An admission nags at her, this hasn’t been her first blackout, just the first one she’s really acknowledged, the first she’s wanted to share with Leo. Not so long ago she’d walk for hours, lost in universes inside her head, coming back to herself on strange and distant streets, and neither of them would mention it.

To her right, she notices a ditch between the houses, a beck which abruptly vanishes without trace under the roadway, forced into culverts running deep beneath the estate’s foundations and patches of garden, black and unseen, draining quietly away to unknown destinations. She imagines that claustrophobic sewer, its filthy waters running under everything, where all the unvoiced thoughts and silent cries that only the inside of a skull ever hears sink to ground, seep slowly away. She remembers a street like this where her grandparents lived, and had lived since it was built a few years after the war, a street where men who’d witnessed comrades ripped to shreds as the air hummed with death, and women who’d once watched the red glow of cities in flames just below the horizon, now tended their flower beds and exchanged remarks about the weather. A quiet, watercolour normalcy, built slowly, day by day, act by act, by people under no illusion about its fragility. A street like this is a map of unspoken trauma, but perhaps also a record of a long and slow healing, a map of ordinary, everyday love. And one day, maybe every time she hears a child laugh it won’t feel like a whip smart on her bare skin.

Then she sees the streets falling away below her, the curve of the Earth rising up, clouds and coastlines tumbling away, the world shrinking to a pale dot against the blackness and even that dot becoming lost. Everything lost. And in that ultimate silence, what would you hear? Out here, even stars can collapse forever into their own cores, lost in gravity’s grave. But you’ve been to darker places than that, and come back to find spring quickening along the strange streets of your new life. And sometimes that collapse into crushing darkness reveals a countervailing strength you never expected.

As Helen becomes aware of her surroundings again, she is about half a mile from home, standing by the entrance to the park. Evening is falling over the houses. And as she watches, she sees the first fragile sparks in the sky, the stars that find their fire in the face of nothingness.

That night, Leo finds her standing outside, on the edge of the pool of electric light spilling from the kitchen door. She’s looking up at the night sky, her face unreadable.

Over their overgrown patch of back garden, its fences heavy with creepers, prehistoric in the moonlight, the stars are still pure winter, unsoftened as yet by the first summer air bubbling up from warmer latitudes. He puts his arms around her and she puts her head on his shoulder and he feels her allow herself to relax, as though letting out a breath she’s been holding for years. A single moving light divides the sky from horizon to horizon, unhurried in its path as it crosses above them. “Meteor. No, satellite,” says Leo. “Believe what you want to, love,” says Helen. She takes his hand.

Above, the zodiac revolves around the pole of their fragile patch of light. Interstellar distances shrink, time slows to a stop. The universe expands at the speed of the light in the heart.