AKRAM’S WAR by Nadim Safdar is published by Atlantic Books and available here. Nadim shares his first chapter with us and discusses writing on the Birkbeck Blog.

I am Akram Khan, formerly Sergeant Khan of the Queen’s Own Yeomanry, and in a short number of hours, at a place not far from here, loaded and enabled, I will submit.

My wife Azra sleeps in our bed, a white linen sheet pulled tightly around the bony geometry of her figure. Her thin hand, curled into a fist, is wrapped in the sheet, her wrist weighted with gold bangles. In profile, her nose is studded with a pinprick of gold. I lie next to her, every muscle contracted towards a knot in my gut, and although our bodies at their nearest point are merely an inch apart, I am careful not to touch her. I lie as though trapped, perfectly still under a shared sheet. When Allah wills it, and soon He will, it will be my time for eternal sleep, my conclusion. As I pass into the hereafter the brothers will wrap me in a shroud of linen, and they will chant the names of Allah as they lower my remains into the earth. And over my body they will heave a single slab of stone.

For Azra the membranous sheet is protection against my efforts to consummate our marriage. I have tried. For a time my hands were hopeful: brushing against her shoulders, playing with a loose strand of her hair, twisting it around a digit as tightly as I dared; when feeling bold my fingers would trace the bony contours of her spine. In the cold house, listening to the rain lash against the bedroom window and feeling lonelier than I imagined possible, again and again I would try.

The strength of my want surprised me. Even as I trembled, perspired, clutched myself to still my jerking muscles, the sensation felt decent. Later, shamed by her and branded a failure, a humiliation tempered only by the cumulative incantation of a thousand Bismillahs, I abandoned my earthly desires and accepted the inch or so between us. She snores lightly, contentedly, still a virgin.

She is not for me. Not in this life. I tell myself: I am saving my pleasures for when I am dead.

It is time to make ready, and carefully I swing my feet to the floor. A bullet fired from close range has left me with titanium and gristle for a knee joint. Below it I have no feeling, and I move awkwardly, trying not to wake her. I make it to the door and take one last look at Azra. She has turned away, her long black hair falling across the pillow, one knee bent up to her chest, stretching the sheet taut. By day my bedfellow covers herself in a black burqa that, save for a rectangular screen through which she sees, completely enfolds her body. She says the burqa is to conceal her from the lustful eyes of men. I say that her virtue is a strange game.

The narrow hallway is dark, and with the help of a walking stick that I leave by the door, I carefully place each step, keeping to the edges to avoid creaky floorboards. My fingertips brush against the wall for orientation and balance. I hear a faint rumble as the last train from Birmingham slows, ready for a last draw of breath as it pulls into Rowley Regis station, its great energy transmitting through the house.

The railway came first, then factories and workers’ houses, small damp houses like the one I have lived in my entire civilian life. In the early days the voice of our street was the echo of great steam-powered hammers and bubbling fires of molten steel, and to us this was regular and bucolic, as birdsong might have been for others. It was a disembodied noise, one I heard but could not see, shielded as it was by high perimeter walls. Children would assemble as the factory gates drew open at the changing of shifts, hoping that their fatigued and oil-stained fathers would buy them a pop on the short walk home. But more than that, we gathered for an opportunistic glimpse through a gap in the gates, of giant hammers and spitting fire 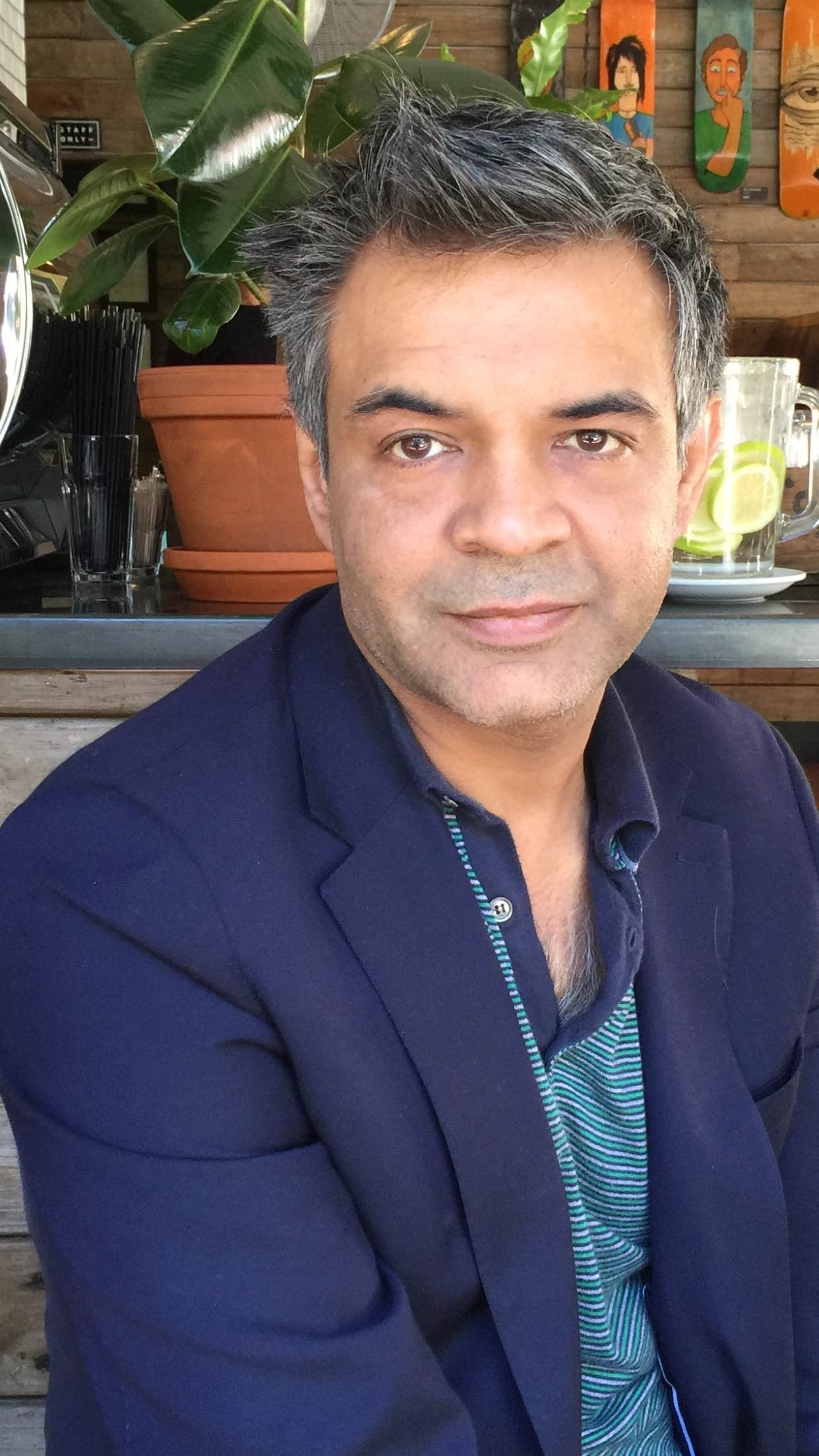 Nadim Safdar was born to Pakistani parents and grew up in the Black Country. He is married with three young children and lives in London. His first novel, AKRAM'S WAR, was published by Atlantic in May 2016.