2. Of Sprites and Spirits

Author Not Present is a podcast in which Louise Hare, Christina Carè, and Peter J Coles critique anonymous submitted pieces.

In the second episode, they discuss ‘Of Sprites and Spirits’ – a magical realist story of a young boy’s search for connection. Listen to find out what they liked and what they thought could be improved as they deal with structure all the way down to pedantic line-editing.

We highly encourage you to read the story before listening to the episode so you can follow along.

This piece has now been fully edited and  you can find the final version here.

Got feedback? Email us at authornotpresent@gmail.com

This Lovely City by Louise Hare

My Year of Rest and Relaxation by Ottessa Moshfegh

Bird by Bird by Anne Lamott

The Ministry of Guidance and Other Stories by Golnoosh Nour 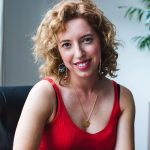 CHRISTINA CARÈ is an Italian-Australian writer, who has travelled and lived in cities across Asia and Europe before settling in London. She has written and edited for Spotlight, Google, Thrive Global and the F-Word feminist collective. She was previously Highly Commended in the Sydney Morning Herald Young Writer Award, and more recently won a place on the London Writers Award 2019, was selected for mentorship by author Kirsty Logan, and in 2020 has been awarded a full scholarship for the Faber Academy. Other than Author Not Present, she has helped produce the main MIR Podcast and previously interviewed artists and makers for the Spotlight podcast. Her debut novel, Words for Mother, uses the gothic to explore immigration, queerness, inherited trauma, and complex familial relationships.

PETER J COLES grew up in a small town near Oxford and spent his youth trying to escape it. He took flight by studying Japanese literature, first in London, then in Japan, and finally in the Netherlands. It was during this time that his desire to create his own stories became an overwhelming compulsion that eventually drew him back to London. There he did an MA Creative Writing at Birkbeck University and graduated with distinction. Since then, he has explored his newfound voice, helping him to be shortlisted for the Wasafiri New Writing Prize 2018, to become the Managing Editor of the literary magazine The Mechanics’ Institute Review and an awardee of Spread the Word’s London Writers Awards 2019/2020.