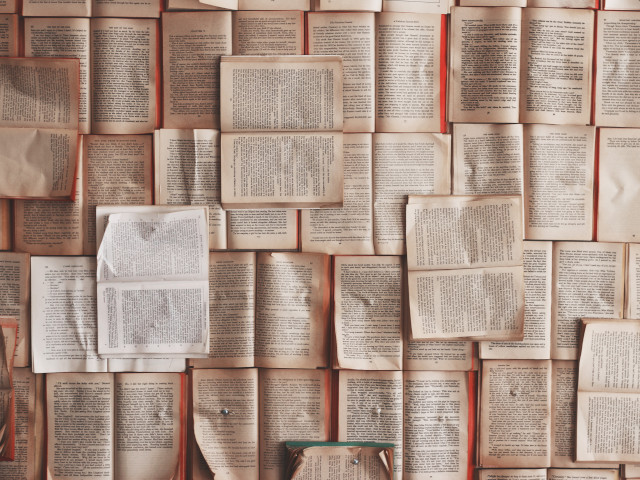 In her 2nd behind-the-scenes instalment, Elizabeth Lovatt looks at how the team reads and reviews submissions

For the last month, I have been reading. That’s nothing new in itself, as a writer I’m always reading, but this month I have been reading the submissions for MIR 16 and what an eye-opening experience it has been: exciting, informative, revelatory. And spreadsheets, you can never escape a spreadsheet.

As I covered in my last blog post, this issue of MIR 16 is a little different with its theme of “climate” as well as opening the doors to submissions of poetry and creative non-fiction alongside short form fiction. As such the reading has been similarly divided with three groups, one more focused on poetry and the other two tackling the prose. When it comes to our final shortlisting however, all the editors will be reading all the pieces. Reading groups are each headed up by two editors from the board and bolstered by a few additional volunteer readers to ensure all the pieces are read by as wide a range of people as possible.

Essentially this means my group has over 50 fiction and creative non-fiction submissions to read, working out at a steady 2-3 each day. Once everyone has read all the pieces, we’ll meet to make our own mini longlist before collating this with the other reading groups. This will be whittled down to the shortlist and then again for the eventual final list. Encountering this much new work in such a short amount of time has been intense, but by reading a little each day I’ve been able to approach each piece with fresh eyes. It’s a necessary mindset. Reading submission for a literary magazine is definitely a marathon not a sprint and now I don’t feel so bad about the long waiting times to hear back about my own submissions. It’s not a process you want to rush.

What strikes me most reading the submissions is how very different each story is even while responding to similar themes. We were conscious that the “climate” theme meant an inevitable rush of apocalyptic and post-apocalyptic stories. And we certainly received many. Floods, fires and deadly infections rose to the top as the most common causes of catastrophe. It’s unsurprising when an overwhelming sense of ecological collapse is the backdrop to our daily lives, when the effects of climate change are already plain to see in the “natural” disasters that ravage our planet. But those that stood out to me and got a resounding YES were those that approached such stories from a new perspective: either through form, topic or characterisation; those that were written clearly and to the point; those that had something to say and said it well.

Reading has given me a lot to think about in terms of what makes a successful prose piece — so many of the pieces I read started with great promise but fell apart half-way through. As a reader you’re holding your breath when you find a good story, hoping it will sustain it to the end. No-one goes into a piece wanting to reject it. Successful pieces moved me as a reader to a different place by the end, whether by a shift in opinion or a literal journey, they ensured I could not look away while reading them.  Other submission only got into the meat of the story two-thirds in – sadly unforgivable in a short piece. In an age when our attention has never been more in demand, fiction and creative non-fiction must retain our focus, must be “worth” our time. We live in the climate of the “attention economy”, where many different medias and screens compete for our attention. The final readers of MIR 16 will be under similar pressure. I want to find stories that grab and hold my attention, that I can still recall a week later even under the weight of a dozen other news articles, tweets and stories I’ve read. I found it useful while reading to cast my mind back to previous pieces: which could I still remember clearly? Certain pieces continued to bubble to the surface, their voices calling loudest amidst the many I had read. When I knew I could confidently champion a piece for what I felt it had to say and how it said it, it got a definite YES.

The MAYBEs were those that had promise but needed further refinement; some needed tightening up in their writing so that action and descriptions were clearer others took too big a leap in plot or character but with some editorial input could be made to cohere. Stories that clearly had something to say but had trouble saying it also sneaked into my MAYBEs. As did multiple well-written stories that tackled similar subjects. It’s important to think of MIR 16 as a final book, made of disparate parts that all work together. The final list of stories will need to speak to each other and offer up different points of view and so some pieces, while well written, will not make it because they do not fit the whole. The MAYBE was my largest group.

The NO pile was more straightforward; stories that were confusingly, hastily written or that relied on harmful stereotypes went straight into the THANKS BUT NO THANKS pile. Other NOs came in the form of pieces that were well-written and interesting, but which did not speak to the theme in any tangible or abstract way, pieces that would be better placed elsewhere.

I would encourage anyone who is interested in expanding their skills as a reader or writer to volunteer to read for a literary magazine. As a writer, it is invaluably helpful to read so much good, okay and (sorry) not-so-okay work. All of it makes you a better writer as it requires you to actively engage in what you are reading: why is this not working? How could it be made better? How does this piece fit in with the vision of the whole? What does this piece bring that another does not? What is this piece saying?

Having something to say and saying it well, for me is key — it doesn’t have to be something grand and life changing, but pieces that take one or more points of view gives me something to engage with, someone to root for, an opinion that challenges my own assumptions or makes me look at something familiar with fresh eyes. So writers, have something to say, say it with a form that fits, in exactly the amount of time and space the piece needs, no more no less and say it with the very best words you can find.

There’s an Octavia Butler essay on writing I think about a lot called Furor Scribendi — Butler was an eminent Science-Fiction writer who knew she had to work harder than most as a black woman to write in a genre that didn’t often feature people who looked like her. Furor Scribendi includes the following advice to writers:

The moment you find yourself saying, “This doesn’t matter. It’s good enough.” Stop. Go back. Fix the flaw. Make a habit of doing your best.”

This is what I’m looking for in a piece. Make a habit of doing your best. I’m looking for a writer who has done their very best, who has worked hard to make their writing the best they can make it. The first draft is never good, the fifth draft is better, the eleventh even better after that. It’s not about perfection, we all know that’s a pipedream, but it’s about knowing you have done your utmost as a writer. A good writer is not a talented writer, a good writer is a hard worker. Make a habit of doing your best. It’s something I also strive for in my own writing. And sadly the submission process teaches you that sometimes your best still doesn’t make the cut, through no fault of your own, because it’s too similar to another piece or it doesn’t fit into the whole. But by doing your best you’ve given it every chance. It’s been a great privilege to read so many pieces that have been refined to such a high level and to have to choose between them will not be an easy task. Make a habit of doing your best. My wish is that when the readers of MIR 16 hold it in their hands and read the collection, they will see that we have something to say about our messy, beautiful, hopelessly, hopeful climate and that our writers have given us their very best.