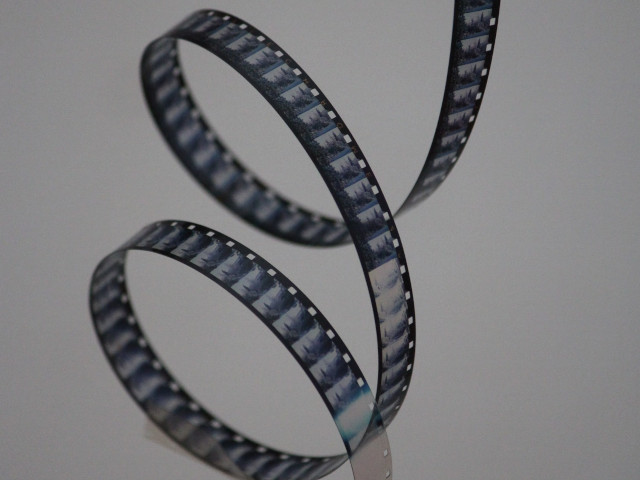 Mari Vindis shares her experience of adapting work from the page to the big screen.

Last year I made a film. I didn’t have a film in my remit when I wrote my short story “Esmeralda”, which was published in Ink Anthology in 2017, but two years later the characters (and the animals) in that story became flesh and blood.  After Esmeralda was published, two literary agents contacted me to see what else I might be working on, particularly a novel. Sadly, I had to disappoint them, and myself, as no novel in my bag. Yet. However, their interest did spur me on to see Esmeralda as something more than a short story and I have been active in learning much more about the process of screenwriting after studying it as an optional one-term module during my Masters at Birkbeck.  Indeed, that term fired my interest in screenwriting enormously, to the extent that my dissertation was a full length screenplay.

The most important part of adapting the story was the creation of  a “log line”. This is a screenwriter’s best friend. It really helps to concentrate the focus of what your screenplay is really about  – what is at its heart. Typically a log line is no more than twenty-five words long, sometimes shorter.  Think of the film “Jaws” – the log-line was “A police chief, with a phobia for open water, battles a gigantic shark with an appetite for swimmers and boat captains, in spite of a greedy town council who demands that the beach stay open.  Get the picture? Esmeralda‘s log line is :

“A grieving and lonely man substitutes love with control when he becomes obsessed with an unusual pet.”

In the case of Esmeralda, the titular pet is in fact a chicken. I had a lot of problems pitching my screenplay as most people tended to laugh when they heard the word “chicken”, but the story is quite sinister and I had to be mindful that the screenplay reflected that and didn’t veer into the realms of dark comedy.

The story is written without any dialogue and in quite straightforward language and the man is nameless, just called The Man.  In order to remain true to the absence of dialogue, Esmeralda is a “silent film”; there is no dialogue here either.  I dropped paragraphs in the story where The Man interacts with other people, so that he remained nameless and this helped convey his solitary, friendless isolation in the film.

Tonally, I was quite clear that the film needed to reflect The Man’s complex character.  It is implied in the story that his wife is no longer there, she’s a memory, but is she dead?  Maybe she just left because she couldn’t put up with his controlling behaviour anymore. I don’t know. I wanted to keep that ambiguity in Esmeralda. In the story it is quite explicit that he controlled his wife by making her stay at home, locking her in and buying her lipstick and nightwear, but in the film this is “backstory”, and there is the challenge of how to portray this in a film with no dialogue, no wife and let’s not forget – animals!  In the film we show the Man wearing his wife’s nightgown, putting on her lipstick and bolting gates. There was also the challenge in both mediums of how to convey a relationship between a human and an animal that can start to veer into controversial territory. It is implied in both and left to the reader/audience to make their own assumptions.

When committing to the page, the only limitations are a writer’s imagination; when writing for film, I had to translate the words of my imagination into action.  Writing visually is the key.  I see everything in my mind’s eye (I thought everyone did but apparently that’s not the case) and I have always loved writing landscape and setting to give my stories a real sense of place.  By intuitively writing what my mind “sees” this helps translate the images to paper.

The story is about 2,600 words and the film script was fifteen pages – approximately one page equals one minute of action. Typically this would include dialogue but because there is none, it is all action. This is not necessarily in the sense of continuous movement, but in moving the story forward.  It is not simply a matter of taking each paragraph and turning it into a scene, the story had to be dissected to convey the most important elements. For me, this meant the character – it could have been plot, or theme – and I wanted to show The Man’s loneliness after the “loss” of his wife, and how he transferred his controlling behaviour to the chicken.  It is hard not to write a character’s interior thoughts in a screenplay. For instance, when the chicken lays a blue egg (yes really, Aracuna chickens lay blue eggs and I did get hold of an Aracuna chicken for my film who was specifically trained for the part by an animal handler. But that’s another story.)  In this story I wrote :

“….he puts the egg in a little cut glass bowl….. and placed this next to the photograph [of his wife] on the bedside table and was enchanted.”

How to convey “enchantment”? How indeed? So instead I wrote in Esmeralda :

“He looks at the egg reverentially.”

It is usual as well to give actors the opportunity to interpret the character they are playing with the minimum of written descriptive actions.  No actor wants to see script instructions telling them to “smile playfully” or “weep  uncontrollably”.  Most would read a script and instinctively understand the core elements of their character’s personality and convey those emotions organically.  I just had to trust that the actor would portray The Man as I saw him in my imagination. He did brilliantly (thank you Stuart Sessions – my leading man). The Director Vipin Venugopal was the vital link between the script and the screen, translating his vision of the words on the page into a sensual, visceral and at times, uncomfortable piece of cinema.  The Assistant Director, Cindy Molinas brought a huge amount of practical knowledge, set up an Esmeralda website and demystified the IMdB Pro listing that every filmaker needs.

There is much more to write about as of course, it was not just a question of writing an adaptation and handing it over to a producer to turn the words into flesh. In order to bring it to life, I became the Producer as well.  Quite early on I realised that in order to make my film happen, I was going to have to make it happen. I went to networking events (crucial) and started talking to other filmmakers and to gather my crew (around seventeen of us all told).  I contacted actors and went on location hunts, I sourced my animal actors, including a fox, I raised money and learnt about set design, shooting at night, long days on location and working mentally and physically exhausted.  There was a big crew to feed every day and I had to find them accommodation near the location out in the Fens of Ely, as most of the crew were London based. I had to be diplomatic, pragmatic, make on the spot creative decisions and smooth things over with the owners of the location after two days of shooting in their bedroom where it got well and truly bashed. Then came the many months of post-production which involved Vipin editing the several hours of recording into a first cut. We had to choose a composer, sound designer, colour grader, get posters made, make a trailer (currently in progress). I am hugely indebted to the many people who helped bring my story into the medium of film by such a talented, mostly young bunch of film professionals.

Would I do it again? In a heartbeat.  I’ve written my next short screenplay about a soldier suffering from PTSD and am raring to go, this time with myself as the director.  But these are not normal times and many film makers are learning to adapt to the challenges presented by Covid-19, so it’s on the backburner for now. In the meantime, I’m adapting a full length screenplay I wrote a couple of years ago, into a novel. But that’s another story.

Esmeralda, the film is currently entered in a select number of film festivals here and abroad.  We were off to Cannes in May 2020 with Esmeralda but Covid-19 impacted hugely on physical events with some being cancelled or other 2020 festivals moving online. We’ll have to wait and see what happens to Esmeralda, it’s been a helluva ride and one I’m still strapped onto.