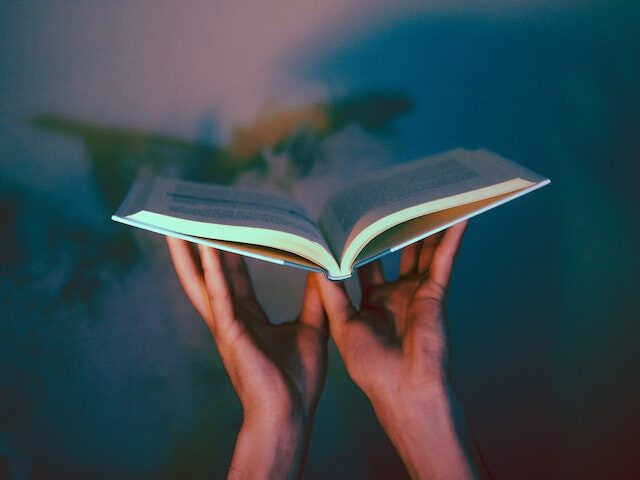 Jess Sturman-Coombs shares her reading journey and the stories that have stayed with her.

One thing you should know, no matter where I go, we’ll always be together,” Christopher Robin tells his beloved friend in A.A. Milne’s, ‘Winnie-the-Pooh’.

In 1983, when I was six years old, my mother read this story and these particular words to me. They melded and, like softened gum coating young teeth, they stuck fast. This book was more than a story, it was a way of thinking, leaving a bone deep feeling that combined with the fear and sorrow growing inside me. Mostly because, despite not being very academic as a child, I learned to read young and had just discovered a glossy story about a woman’s journey with breast cancer in a discarded Cosmopolitan magazine. Once upon a time I was six, being taught about relationships, feelings and emotions by A.A.Milne while believing my days were already numbered. Bizarrely it forced me to think about mortality, in particular my own, and taught me that there were other ways that people could stay together, even when circumstance might dictate otherwise. That was one of my earliest lessons, one I was going to be confronted with again four years later. Perhaps the lessons helped.

No doubt we all have a number of books sitting on the dusty shelves of our childhood memory. Some people will have more than others. Sadly, books, reading and being read to are not advantages every child gets to experience and share in. But books are so important to our understanding of the world around us and I was fortunate enough at that formative time to have a mother who read to me, a lot. The following features a snippet of the books that guided me through the most turbulent of waters, hence they are the ones that stayed with me.

I watched a short 4 minute clip whilst writing this blog: ‘How Stories Shape our Minds’ by BBC Ideas, which shares a powerful Native American proverb: “The one who tells the story rules the world.” If that doesn’t make you feel an element of pressure and responsibility as a writer, I don’t know what will! The clip talks about the power of stories to persuade which, of course, we know already, but the research it refers to is simply staggering. It suggests:

What! Books can actually alter what we believe to be possible? Combine that with a young, developing brain and is it any wonder that our early books stay with us? Potentially, in part, they are responsible for the people we become. I don’t know about you, but I’m wishing I’d read more Superwoman and less Peter and blinking Jane!

I feel grateful that my parallel world was inspired and occupied by the likes of Roald Dahl. The Witches (scary as heck when you’re seven) or The Twits (perfectly disgusting at any age) and my all-time favourite Danny the Champion of the World. This story makes me sob so much that my son eventually had to read it to himself. His little sister? Same.

Later came the books that escorted me towards and into the complex and jarring teenage chapter of my life. The stories that ‘raised me’ if you like. The first that springs to mind is ‘Flight of the Doves’ by Walter Macken. This moved me so much in my first year of secondary school that I went straight back to the beginning and started over again. I had been a big reader throughout my childhood, mostly reading all the wrong things (like the information leaflet contained inside the Tampax box that led me to fear my mum might suddenly die for seven days every month).

But by the time I started secondary school my whole life had been turned upside down and I was trying to fit into yet another new school, probably my fifth in as many years. This was a new (and definitely not improved) version of me. I was a trier though and put myself forward to be the school librarian (mainly because I liked the badge). It was like a ruby stone set inside a Foxes Glacier Mint, mounted on a fake gold pin with a dodgy mechanism that kept coming undone and stabbing me, reminding me that I, Jessica Sturman, was now a librarian! My first dalliance with Imposter Syndrome. But I digress.

It turned out to be a rubbish job (sorry librarians. It’s me, not you). And here’s why: I still have to sing the ‘Alphabet Song’ if I need to locate the position of a letter. Singing is the last thing people want in silent spaces. It was destined for failure and when I finally lost my badge, thanks to its faulty pin, there seemed very little point in missing any more lunches, so I quit. But not before I had stumbled and loaned to myself a small grubby paperback entitled ‘Flight of the Doves’ (which I pronounced ‘doaves’ as in ‘loaves’- I’ve already pointed out that I wasn’t academic). That book was my secret. I had found something special, something that sparked something inside me when nothing else could. There was fear, excitement and hope. It was generally dark, bitter and desperate, a knife edge of a story. A book I was happy to take the punishment for when it failed to turn up by its due date. It never turned up after that either. Detention was free and paperbacks weren’t; it made logical sense to me. I kept my new best friend close and it fed a desire deep inside me to run away. Completely and utterly. In this story brother and sister depend on each other in order to flee their abusive carer and escape to Ireland. Imminent capture is the dog constantly biting at their heels; it was thrilling.

Not too long after Flight of the Loaves (I joke) came my obsession with ‘We, the Accused’ by Ernest Raymond…for exactly the same reason. I didn’t find this in the school library (which, obviously, I was now avoiding). This was another book where the reading became just as exhilarating as the regular fugitive dreams I was having by night. Between the pages was my opportunity to taste freedom. Life felt like incarceration but here were characters cheating it all, partners, responsibilities, the system, those who would happily see them behind bars. Every ‘just made it’, every ‘one step ahead’ was proof that resilience and quick-wittedness could win the day. I decided I needed to be more like that. The wider moral was lost on me.

I wouldn’t say I was a bad reader when I was young but reading definitely served a very different purpose. I was told that reading would help me with my spelling, punctuation and grammar, but it didn’t. I didn’t give two hoots about how the punctuation was designed to lead me through the story, or appreciate the power of a beautifully placed adjective, or carefully crafted complex sentences. All I wanted was escape, and maybe even a few answers.

In books I found allies. Life’s realities were explained to me. When you are young you learn about actions and reactions. You do wrong, you get punished. You do right, good things happen (people smile and offer you praise or, if you’re lucky, treats). So, when a situation happens that doesn’t fit with this schema it can feel very much like injustice. The world fails to make sense and you’re left without a logical fix. It’s really quite frightening. The next series of books taught me that actually, sometimes, it doesn’t matter how nice or good you are, bad things happen to good people. There are some things that just can’t be made sense of or reasoned with, and that means you can stop looking for what you did wrong. There are situations for which there is no guidance and absolutely no rules.

Books like ‘Frost in May’ by Antonia White that demonstrates people don’t always practice what they preach. A girl raised in a convent who follows the letter of the law, who gives up everything, including years of her childhood, to serve god, is cheated of the forgiveness to which the reader feels she really should be entitled.

‘The Endless Steppe’ by Hautzig Esther taught me that life can be incredibly cruel and painful, utterly wicked even, and that adults and children (especially children) can find the power within themselves to live and survive. This book taught me that there are no explanations for some things and I resolved that if a ten year old Esther Rudomin could retain an ounce of spirit despite exile, hunger and the freezing Siberian cold then I was in no place to complain about my lot.

It’s easy to remember the classics, the books you’ve read most recently, the ones drummed into you for the purposes of exams, or the ones, as an adult, that have led you to experiment with different forms, styles and techniques, especially if you’re a writer. But it’s the very early reads that are often the stories that become our friends or substitute parents and counsellors when we need those people the most. They teach us values, morals and empathy and they remind us that, for every experience we endure, there are characters who have faced adversity too, and we can learn from them. They help us to find ways of understanding and alternative ways of coping with the chapters and events that life has in store for us.

These early books were there when we needed them most, a time when we were able to control our destiny the least. Reading is such a personal experience, and it would be great to hear what books other people remember and why. As a writer, who is always on the lookout for story triggers, I think this can offer a great reflective way of inspiring something new.

Jess Sturman-Coombs has just completed her MA in Creative Writing at Birkbeck and is an active reader, writer, publisher and submitter of short stories, novels and poetry. She has a background in teaching and is currently employed as a content writer within the digital and cultural heritage industry. She can be found on Twitter @JessSturman or Facebook: @JessSturmanCoombs.