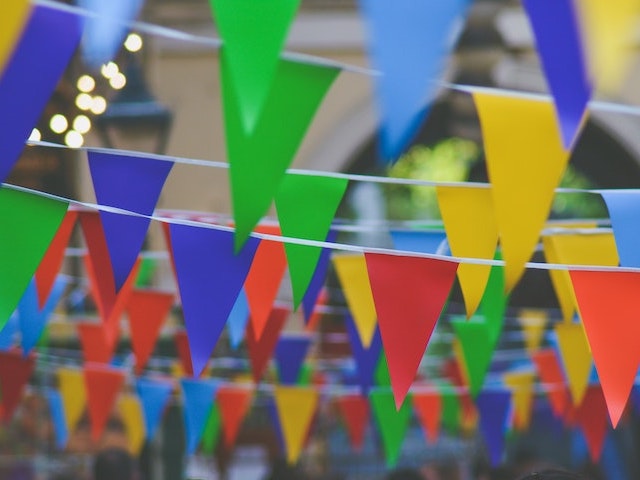 Lyndsey Garrett reviews her experience of the Cheltenham Literary Festival.

The last few months have seen the unfortunate, but necessary, postponing and cancellation of events and exhibitions to help reduce the spread of Covid-19. Some events have been able to migrate online, with many writers taking to Facebook Live, Instagram Live and Zoom to hold book launches and Q&A sessions. I’ve been to a couple of events hosted by Pages of Hackney, sessions that felt so close to the pre-pandemic book launches and readings. Even now with the lifting of some restrictions it is still not possible for smaller venues to safely host in person events and an online option remains vital for them. But what of the larger scale venues and events?

The Cheltenham Literary festival has been running since 1949, highlighting works from debut and established writers as well as discussions on current affairs. Even though lockdown had begun to ease a few months before the 2020 festival was due to take place, it was clear that any on site attendance would be at a much smaller volume than had previously been accommodated. In July the festival announced its intention to move online. Panels and performances would be live streamed for free, with a small number of socially distanced tickets available for those who could attend in person. In addition, for £20, there would be an on-demand service made available until 31st December 2020, where attendees could watch all the recorded talks at leisure.

The main screen was an animated map reminiscent of children’s activity sheets to find your way through a maze. I loved looking for all the little details around the site, which covered the usual features for a festival such as a help desk, bookshop, lounges and main event area. The livestreaming was accessed through the Screen on the Green, a nod to the Everyman cinema in Cheltenham where some of the sessions were being held. I spent most of my time between here and the on-site bookshop, perusing the Waterstones feature page for the festival and drawing up a wish list of books I’d love to read.

The programme listing was extensive. The few sessions I discuss here are just a small sample of what the festival offered. There was a discussion between Dr Pragya Agarwal and Elif Shafak on Unravelling Unconscious Bias. Chaired by The Times’ Manveen Rana, the session identified what unconscious bias is and how it permeates into our daily lives, how these biases cause changes in behaviour that are detrimental to ourselves and our community. The discussion also looked at the merits and pitfalls of social media, and what we should all be aware of and seek to change.

Abigail Bergstrom chaired a discussion between Stephanie Yeboah and Emma Gannon on Silencing Your Inner Critic. Both speakers were very candid about their own experiences with imposter syndrome, about the external negative criticisms they’d received over the years and how they have learnt, and are still learning, to deal with toxic associations borne from these.

A panel chaired by Daniel Hahn saw voice actress Imogen Church and writers Robin Morgan-Bentley and Mark Billingham talk about the making of audiobooks. Billingham revealed how he rewrites 3-4 chapters of his crime novels for the audio adaptation, so that the culprit is not given away too early from the vocals. Morgan-Bentley spoke about the process of choosing the right cast for readings and the behind the scenes work involved, while Church gave insight to what her career in audiobook readings has been like. Each of the panel members then read a short excerpt from their recent publications or works in progress.

As well as the panels and talks there were the evening performances. The first night of the festival I watched Inua Ellams performing poems from his latest book The Actual, followed by a Q&A session. To pick the poems to read that evening he asked for the audience to call out a word, he would then search his poetry collection for an instance of that word and read the poem that contained it. The choice of word and the title or subject matter could be quite striking. Waters appeared in a poem conveying the experience of motherhood in contrast to the aggressive marketing by Nestle demonising breast milk, and Home in a poem looking at masculinities and mental health.

Another evening, Nikita Gill read from two of her books: Great Goddesses and The Girl & The Goddess. Both books use myths as the basis for their storytelling. Great Goddesses tells the stories of the Greek myths from the point of view of the women, while The Girl & The Goddess focuses on the Hindu Gods and Gill’s own family and experiences. In the Q&A Gill spoke of the need to protect stories and not to neglect oral histories and traditions if we want to experience true progress. Writers and poets are witnesses to emotional history and it is their role to remember.

Natalie Haynes also spoke about the women and monsters who are maligned or misspoken about in myths. Her performance opened with a discussion of Pandora, how her original story was more about the uprising of women and rarely included a vessel. When it did it was a jar rather than the eponymous box, which came about as a mistranslation by Erasmus. Haynes detailed how Pandora and other women from myths have been ‘monstered’. Pandora’s story is overwritten by Eve and taken to represent the downfall of man by woman. Medusa is a woman who is turned into a monster as a punishment for an atrocity committed against her. Haynes talks of how Medusa lacks bodily integrity. King Midas is afflicted by a similar curse, yet he is pitied for the outcome. Medusa is feared.

It is a privilege to be able to watch a writer or poet read their own work. While pieces are written to be read by anyone there is something that, for me, enhances the relationship with a work of writing when you see and hear the author read their own words. Everyone’s voice is unique, the beats and pauses their own. It is an intimate experience, being allowed to peer beyond the page to the point of its creation.

For the most part the livestreaming and recordings worked well, there were odd glitches and pauses but usually nothing that would impede understanding and viewability. However there were unfortunately a couple of exceptions. A couple of times the livestream stopped ten minutes before the next scheduled talk, though thankfully this has not translated to the recordings which carry the full session. My biggest disappointment was the coverage and recording of the panel Publishing Matters. Hosted by Clarissa Pabi with a panel lineup of Margaret Busby, Ellah Wakatama and Natalie Jerome I had it marked as my first must watch live. Whether it was teething troubles I can’t be certain, but within the first few minutes the livestream had started glitching, long pauses and breaks that made it impossible to follow the conversation. Only an audio recording is now available on-demand so I wonder if it was more than a connection issue causing the problems. The audio is unfortunately not of the best quality, with interferences making the file at times inaudible. This was a real shame because the fragments of the talk I did catch were educational and inspiring, discussing the panellists’ experiences of working within an industry that is predominantly white, the need for publishers to publish more and break out of the status quo and to publish stories that we can all relate to. I’ll be looking out for further talks and works by these panellists.

I thoroughly enjoyed my first ‘visit’ to the Cheltenham Literary Festival. It was a packed event with so much choice and opportunity to interact. Each talk had a chat function which enabled virtual attendees to talk to each other as well as submit questions for the panels. Little things like this really helped to give the experience of being at an event, not just watching a video. The on demand function is available until the end of December which gives me plenty of time to work my way through the remaining videos on my to-watch list.

I hope that Cheltenham continue to look at a hybrid event system in the future and look at further ways to open the festival to an even wider audience. 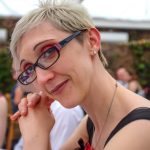 Lyndsey Garrett lives in London. She took a bit of a wrong turn after school and ended up as an accountant for the next several years. As a recent graduate of the Creative Writing BA at Birkbeck University she’s now working hard to remedy that! Lyndsey was a Notable Contender in the 2017 Bristol Prize. She is a member of the Secret Garden Writing Club and manages the MIROnline Blog.