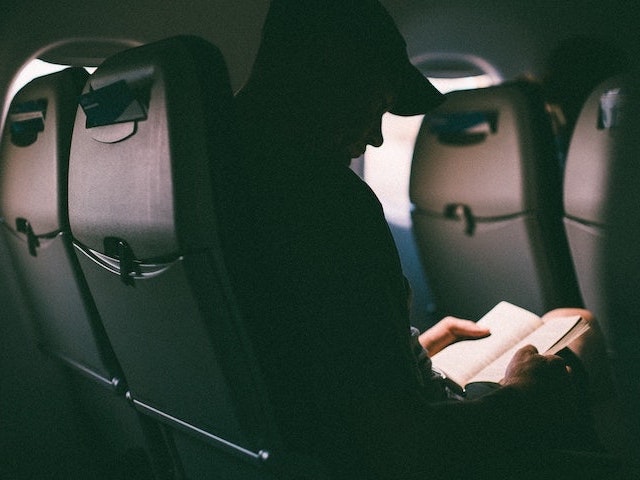 Miki Lentin shares how he came to enjoy reading and the books that forged this relationship.

I didn’t like reading when I was younger. It was what my parents did. All I needed to be happy was a ball: tennis ball, football, rugby ball, just any ball. My father devoured books, reading at speed, often at night, piles of books by his bedside, and rarely returned from a trip into town without a few more books under his arm. He tried with me. He really tried, buying me biographies of sports people he thought I liked; Kevin Keegan, even though I supported Manchester United and the tennis star Boris Becker, who I did like. He started to leave copies of Swallows and Amazons, The Famous Five and even Spy Catcher in my bedroom, in the hope that I’d sit quietly and read. I’d try and read a few pages, but quickly get bored and make up that I’d read them, just to please him, or rather to make him leave me alone.

With a ‘D’ in English writing, I left school early, aged sixteen. It was 1992. Taking a job as a junior chef in a popular Dublin restaurant, I quickly found myself in an adult world, working alongside people who were a lot older than me. Gone were the playing fields of my youth, as I started to frequent pubs and gigs after work, got invited to late-night parties, smoked and listened to grunge, and met people who also worked in the restaurant from countries I’d only dreamed of visiting: Brazil, Argentina, Thailand, Vietnam.

Six months later I left home to travel the world. A few days before at my leaving party, I was given a gift of Jorge Amado’s Dona Flor and Her Two Husbands by an older Brazilian friend. He said it would teach me a thing or two. A tale of Bahian passion, desire and erotic nightmares, all told through endless Brazilian feasts of Moqueca and Feijoada. I’m not sure what I learnt from reading it, but all of a sudden it opened my eyes to the beauty of mystical characters, and a Brazilian world of samba and food I knew little about.

Arriving in Perth, Australia a week later, I was given a copy of Thornton Wilder’s The Bridge of San Luis Rey, by my father’s cousin as a welcome gift. The book traces the story of seven unrelated people who die when a bridge over the Apurimac River (a place I visited a few years ago) on the road between Lima and Cusco collapsed. I was hooked. As I found myself travelling through the endless Australian wilderness on buses, playing the same cassettes on my Sony Walkman; Nirvana, Pearl Jam, Bruce Springsteen, Jethro Tull over and over, I read and re-read that book.

It seemed like the lure of the open road had got me reading. Dona Flor and The Bridge were hardly the books that a newbie reader would usually start with, but I had to begin somewhere. The Motorcyle Diaries, War and Peace, Siddhartha, The Commitments became my go to books during the early 1990s, my escapes during long drawn-out journeys and student nights, and as I grew up, I couldn’t wait to travel and read again, that lovely time when you can filter your mind away and dream of exotic places, times past and magical tales.

Since then, my reading has changed. I’m comfortable in the hands of many writers from Colm McCann, Deborah Levy, Roberto Bolano to Ryu Murakami, Valeria Luiselli and Vasily Grossman, and fell in love with my wife over Everything is Illuminated by Jonathan Safran-Foer and Jon Steinbeck’s East of Eden.

Writing this, I think of what’s on my reading list for the next few months. I’ve been doing a course on memoir writing, so there are some memoirs at the top of my list; The See-Through House by Shelley Klein which looks at the author’s relationship with her father and the modernist house he built on the Scottish Borders, QM Zhang’s Accomplice to Memory, a hybrid work that weaves a story of family escape and war, through the eyes of a daughter looking after her father in hospital, and Annie Ernaux’s The Years, recommended to me as a memoir covering sixty years of the author’s life told through the lens of books, photographs, radio, television, cinema and advertising. But as we all cocoon through winter, I also want to read so that I can be taken away to far-flung places just like I did when I was travelling, and recently bought Underland by Robert Macfarlane, described as ‘an epic exploration of the Earth’s underworlds’. And in homage to my father who tried so hard to get me to read, I plan to re-read his copy of Carson McCullers’ The Heart is a Lonely Hunter, one of his favourite books about loneliness and the struggle some people have coming to terms with the worlds in which they live.

Many of my father’s books line the shelves in our house. I walk past them every day. Sometimes I slide out the odd Everyman Library book or a Penguin Classic from its place and smell its smoky, musty aroma as I spot his signature on the inside cover and flick through the pages, and in some way feel that they’ve slowly seeped into me. It took me some time, but I got there in the end.

Miki took up writing while travelling the world with his family a few years ago, and this year was a finalist in the 2020 Irish Writer’s Centre Novel Fair. He finished his MA in Creative Writing in 2019 and as well as writing his first book, he writes short stories, the most recent of which achieved second prize in the short story memoir competition with Fish Publishing. He has also been published by Momaya Press and Village Raw Magazine, and writes book reviews for MIR Online.