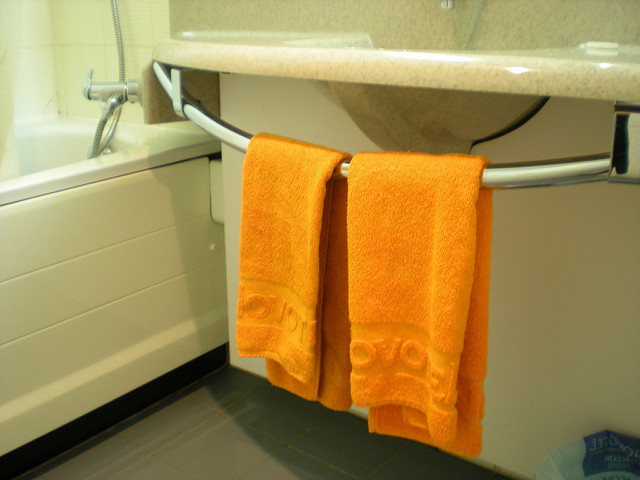 Short fiction by Nara Vidal, first published in A Loucura Dos Outros (The Madness Of Others) in Brazil.

It’s me. In the glass reflection, it’s me. My hair, a well-groomed mane, meticulously placed, smelling like a withered flower, trying to avoid the tragedy of plain death. Dying slowly is still some kind of life.

I turn away from the train window and survey the inside of the carriage. A man catches my attention. Half-bald and already sweating at 8 a.m. Fine lines and a nice nose. Does he desire me? I spend days wondering if someone will still desire me. A handsome man sits next to him. Handsome men annoy me. I like beauty in sculptures, paintings but not in men. Certainly I am too old for him even though he is no less than fifty. He reads a best seller. My judgment on his taste bothers me. If I were not so snobbish, perhaps my husband would notice that I had the sea in my eyes and a fine bone structure. The half-bald man notices that I am looking at my reflection. I throw my hair to both sides in an attempt to find a good angle. He smiles. I narrow my eyes. That man wouldn’t dream of having a woman like me. I am too much for him, and still I am willing to lift my skirt and show him my world We don’t exchange phone numbers. I am, nonetheless, alive.

I’d been invisible for two hours. The towel left behind bedroom, I walked through the living room, naked, until I reached my bed. I ended up being cut by contempt in my husband’s eyes. In my bedroom, I faced the mirror that exposed me from the feet up to the head. The size of my humiliation was huge. I thought about how to make my way back to the bathroom. Maybe I didn’t even need to. I had clothes there, in my bedroom. But I wanted to go back. I walked slowly and entered the living room. My husband stretched his head, avoiding the image of me without clothes in the middle of his eyeline. The TV showed a volley match. I apologized and hurried the pace. In the bathroom, I wrapped myself with the towel and expensive perfume. I’d had that fragrance some four years, since we travelled to Campos do Jordão. I only used it on special occasions. The full glass showed the tragedy.

Once again, I disturbed my husband’s peace. The trail of the expensive perfume didn’t affect a wrinkle on his old, fat face. From the bedroom, I could see the tip of his belly. I knew he was changing. I got ready. White linen shirt complemented with a necklace that, like a cascade, made me look like springtime. The necklace was also a gift. Our tenth wedding anniversary. I’d had it for almost two decades. I put on the lipstick. I passed through my husband announcing that I was going to buy some milk. He asked me to bring beer. In a last astonishment, I stopped by the door and looked at that man, who I didn’t recognize. He didn’t detach his eyes from the match. Brazil was winning two sets against zero from Japan. Who cares? I left the house determined to find someone who noticed the fold on my shirt, giving me the honor of dishonor.

I was surprised by a spark I noticed on the ground right on the subway exit. I looked closer. It was just death again. Rain shining on chewing gum stuck to the concrete.

The day goes on as expected. My husband waits for me at home. He has darned socks, well cut nails, shining shoes. I don’t see his face anymore.