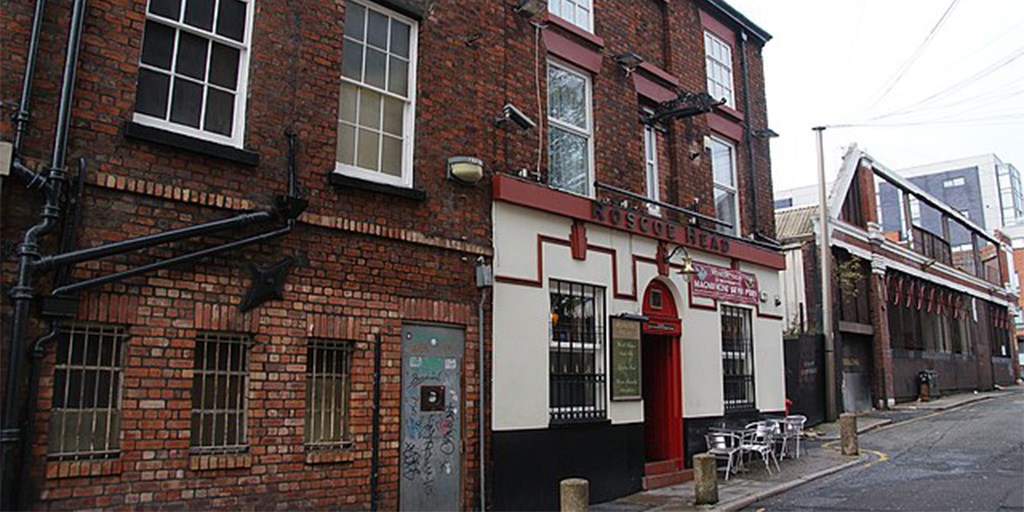 I grew up in a region that was scarred by economic decline and disinvestment. It was a surprise to me as I got older and travelled further that some people thought decaying buildings, places abandoned and boarded-up, areas of wasteland that stayed there forever, were unusual, exciting even.

Sure, I can appreciate the more interesting visual layers to be found where nature is eating away at human effort. But I’ve also experienced how so many places get reduced to just that decay. How the media will pick out declined structures to capture a picture they had in mind before they even arrived, avoiding the dozens of well-maintained streets nearby. Grab a few shots of the shittest alley they can find, then back off quickly to the better parts of London or Manchester to file their story. I’ve seen the power of such stories to distort perceptions and how that can damage people and places.

People living in communities like the one at this crossroads face many issues; a shortage of good jobs, a frustrating lack of amenities and declining public services. Parts of the media though will portray it as if that’s all there is. A litany of decay and despair for their readers to consume so they can feel that, however miserable their lives are, someone somewhere else is living worse than them, so that’s okay. Yet yards from that shitty alley, there are houses and gardens in good nick. Footy banners out. Railings brightly painted. Chalk paint on the floor from kids playing. The buildings which are empty have long faded into the background of everyday existence for those who live here, which might seem strange to those from places where every square foot is intensely capitalised. People have got their corner here, however modest, and they get on with it, despite all that is stacked against them, all that is thrown at them.

This landscape, though, visibly demonstrates the pain that its residents have been through. So much writing on urban life for the past 10-15 years has been about too much growth – too many people, too much construction, too much development. At least the writing from the richest metropolises which dominate the media, arts and academia. Yet that growth never reached many places. Such urban decay is scar tissue in a community whose environment has been wrought time and again by decades of disinvestment and bad decisions by people far away. Political stripes may change, but people still find themselves used or forgotten.

This was and is a working-class community. Unlike the London narrative of gentrification, the environment around this crossroads is what happens when first you take away the economy. Then people start to leave. Then there’s too many buildings that are no longer needed. Then so many of the things which make a coherent, thriving neighbourhood shrink away. As more people leave, especially the young, and aren’t replaced by new incomers, optimism for positive change declines. There are still useful bits of public infrastructure from when various governments had brief periods of largesse, but these are now too often falling apart, shutting and slipping away. ‘Left behind’ is the narrative frequently used for these places, but ‘fucked over’ is more accurate. What happens when a state treats a place as, at best, a problem, more often, with indifference and, at worst, with malign intent.

What was done to places like the community at this crossroads is not all they are. It doesn’t mean though, that people who live here don’t feel the pain this neglect causes to collective and individual psychology. Rundown buildings are the visible manifestation of an experience that burns into the mind of people across generations.

This is what affects middle class writers and photographers when they come somewhere like this. It’s alien to them, what others have gotten used to. When culture seekers and artists are attracted to inner-urban ‘grittiness’, they want visible vibrancy that’s rough around the edges, not people dealing as best they can with unglamorous multigenerational poverty. There’s too much edge for them here, without the soothing balm brought by street art or street food.

Perhaps such landscapes were unusual once, contained to a handful of areas that could be safely written off by the powers that be. These days, this abandonment of people and places creeps into everywhere in the UK, outside the gold-plated parts of the south east, as shops close and good jobs disappear. Now even some well-to-do areas are seeing their high streets decline. You can’t say though that the people who live at this crossroads didn’t warn them, but were told: too bad for you, but it couldn’t happen here.

Yet in the places where the new normal is the old normal, people still go on. Places where neighbours are the same for years, the families often outlasting the buildings in the cycles of clearance. Communities intertwined for decades. More so than in supposedly permanent rural idylls which have long become professional commuter towns. Those who remain somewhere that has dealt with large outward migration tend to be stoic about a place and each other.

What people don’t want in a place like this are more promises of grand gestures of change. Because most of the time, it doesn’t happen, and when it does, it’s usually indifferent to them and has often made things worse. Knocking down and rebuilding endlessly, but never really providing sustained investment in a community or addressing the lack of serious economic opportunities.

This crossroads is an amalgam of the decades: Victorian pubs, New Labour schools, 1980s bungalows, 1970s flats, 1990s petrol stations. It is not a place that’s dead though. It’s a place where the idea of catching a decent break can seem remote, but people go on. Despite the fucking over and the predominant media interest being poverty porn, people do their own rebuilding. The housing co-ops here: communities with well-built houses, plenty of green space and long waiting lists to move in. These sorts of places are often hated by much of the left and right though, neither fulfilling the nostalgic desire to have brave workers gratefully accepting their soaring new concrete wonderhomes from the paternalistic elite who designed them, nor the ruthless Home As Castle acquisition of your own thin slice of Faux Olde England. A working class which has its own ideas about what it wants is horrifying to many. As a result, their successes are ignored, and others don’t learn.

Yet, as local authorities crumble to bankruptcy, government action stumbles over the consequences of the last forty years, and the grass on sites of long demolished buildings grows high and unkept, perhaps now is the moment for those with their hands on the money and the cameras to hand them over. To those who have tried to exert positive change on their patch, despite everything. People who have ideas and skills, though are rarely given the opportunity to exercise them or to control resources. This place is the crossroads the UK stands at. The country has been here before and went a long way down a dark and now thoroughly broken path. The stakes are higher than ever. They need to learn from those who have had to deal with the mistakes of others for decades, and yet who still go on.

Kenn Taylor is a writer and creative producer with a particular interest in culture, community, class and place. He was born in Birkenhead and has lived and worked in Liverpool, London, Bradford, Hull and Leeds. His work has appeared in a range of outlets from The Guardian and Caught by the River to Journal of Class and Culture and Liverpool University Press. www.kenn-taylor.com