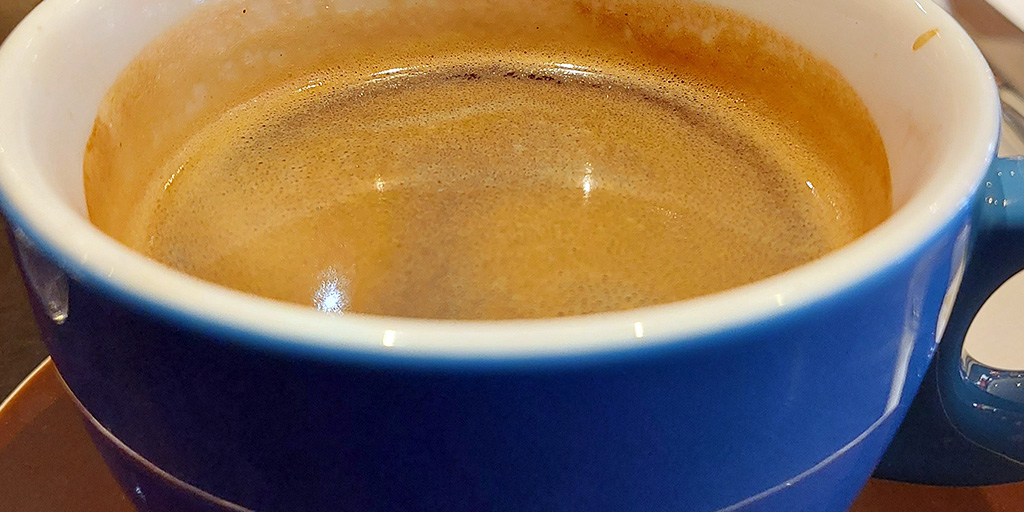 Poetry and Coffee by Craig Smith

I love coffee shops. They’re my favourite places to write.

I’m sitting in one right now, the Serpentine Café and Kitchen in Hyde Park, London. When I get around to copy editing this piece, I’ll be in the Estate in Streatham, or the Arcade in Huddersfield when I go home next week, or Iris and June, off Victoria Street in London, or the Rookery Café at the top of Streatham Common. A few weeks ago, I was writing in Carvalho’s, behind Streatham Leisure Centre, while the proprietor, Meire, ran my son’s birthday party. Coffee shops are a refuge, the place with fewest distractions. They simplify things.

A pot of tea is an hour’s rent

for a beechwood table

and a beechwood bench.

Something to write on,

that’s all I need.


I’ve been writing my entire adult life and I can assemble a chronology of my writing career based on the coffee shops I frequented and the people I hung out with. Over the years, I’ve switched from predominantly writing poetry to dabbling in screenplays, sitcoms, radio drama, and scifi before settling on poems, novels and short stories as my formats of choice, but coffee shops (and buses and libraries and trains and pubs) have been a constant throughout.

I started writing at the kitchen table, drinking Mellow Birds with milk from tuberculin-tested cows, (that is, unpasteurised). My first two poems were written in a rush for my English Language 16+ certification because my pals were playing football in the school field behind our house and I was two assignments short of my assignment quota. I enjoyed writing them, and later, of my own volition, I wrote more. Those poems were rubbish, make no bones about it, but they got me started, and formed the connection between poetry and coffee.

I found an early platform to trial my poems at Peter Sansom’s Poetry Workshops at Huddersfield Polytechnic. Those workshops became formative events that I built my week around, and they played a huge part in my development as a writer. They served as audience, encouragement and forensic review. In later years, I spent many years as a commissioning editor and copy editor, and it’s no exaggeration to say that everything I know about writing and editing was learned on those Monday evenings in the Polytechnic staff bar.

Poetry was a lifestyle. It was all we read. We would meet in Ye Merrie Englande in Huddersfield’s Pack Horse Arcade, with its displays of medieval weaponry, and slide our latest poems across the table top as we eeked out our Kenco till our bus was due. We ran from workshop to reading to Greenhead Books to the second-hand bookshop in the Byram Arcade, spending our giros on whatever poetry our local bookshops held. I still own every book or pamphlet I bought back then, along with a folder containing all my friends’ poems from that time.

Al Avarez’s New Poetry, The Penguin Book of Contemporary British Poetry, Donald Hall’s Contemporary American Poetry and the PN Review’s Some Contemporary Poets of Britain and Ireland were our introduction to poetry’s possibilities. Peter arranged readings at the Art Gallery, upstairs at the Zetland, the backroom of the Albert, and we sat wide-eyed as national and international poets such as Carol Anne Duffy, Gillian Clark, Michael Schmidt, Kenneth Koch, Jeffrey Wainwright read from their collections and talked about their writing. They drank with us afterwards and we got to quiz them about the specifics of their poems. Our love for the form knew no bounds. We were geeks.

There were plenty of excellent poets from the region, such as Ian MacMillan, Tony Harrison, John Killick, Stanley Cook, Martin Wiley, all of whom we revered. Though a few years ahead of us, many became friends and counterparts, and they’d created an infrastructure that offered us a framework upon which we could grow. Janette and Geoff Hattersley founded The Wide Skirt in Sheffield; John Harvey co-founded Slow Dancer in Nottingham. In the print room at the Poly, we collated The North for Peter, in which many of our first poems were published, (mine included). We travelled to Doncaster, Sheffield, Barnsley to swap notes and compare experiences with poets across Yorkshire.

Those were the years before laptops and personal computers, before websites or desktop publishing. I wrote my first drafts by hand and typed the edited poems on my old Royale typewriter, with lots of carriage returns and gallons of Tippex to correct my errors. We bought carbon paper from the stationers and typed as hard as we could to create copies to distribute at the workshops. We weren’t in a position to be delicate.

I studied for a BA in Library and Information Studies at Manchester Polytechnic and spent hours in the stacks of the Polytechnic Library on the All Saints campus, working through their collections of Frank O’Hara, Paul Muldoon, John Ash, etc. Pre-internet, it was a trial to acquire any given book, so to see them gathered in such numbers on the library shelves was extraordinary. I would request inter-library loans to source titles I’d vaguely read about in the footnotes of some other book: to hold Frank O’Hara’s Collected Poems in my hands for the first time was literary bliss.

I’d spread myself out in a carrell in the circular Manchester Central Library, where I did my work placement and from whom I borrowed cassettes of Robert Frost: ‘… and that made aaaall the diff’rance’. Or I’d perch myself on a table in the Cornerhouse on Oxford Road, where I’d recently enjoyed a double bill of Lemn Sissay and Paul Muldoon. Most cafés sold lousy coffee back then, with a congealed film of cream that stuck to your upper lip, but not The Cornerhouse. I love good coffee but I hate bad coffee: if the latter’s the only option, I prefer bog-standard tea. But I discovered I liked my coffee black, and that’s been my preference, ever since.

Another year in the same café,

the rain on the window

a cross-section of watershed,

of our foulest weather.


Life was a mixture of the solitary – research, writing, editing – and the social, when I’d jump onto the train back to Huddersfield to attend readings or invite pals back to my digs in Burnage to drink cheap wine, eat logs of French loaf, and read from our latest purchases. The highpoint was a car ride to Bolton with John Ashbery, Jon Ash and Jeffrey Wainwright to see Jon read. I talked to Ashbery in the backseat of Jeffrey’s car about hanging out with Frank O’Hara and Kenneth Koch, and was thrilled that he owned LPs by the Huddersfield Choral Society. The wonderful thing was John accepted me as a writer, though he was miles ahead of me in terms of ability and achievement. Writers are confederates. We know what it takes to put pen to paper.

Back home with my 2.2 Gentleman’s Degree, I got a job working for Greenhead Books Library Supplier in a converted mill in Milnsbridge where I’d once fitted a lift with my father. Milnsbridge was the village where Harold Wilson was born, where George Mellor worked as a cropper before being hung as a Luddite. One day in 1990, the Library Supply owner, Chris Watkins, popped his head into the tearoom to announce that Margaret Thatcher had resigned. In non-conformist Huddersfield, we cheered heartily.

I later moved to Greenhead’s bookshop in the town centre. I worked in the Academic department, and learned with sadness how few people bought poetry, even in Huddersfield, which was reputedly the Poetry Capital of Britain. We were a minority interest, and a low shelf in a narrow bay was all we got. As a bookseller, I understood why such a decision was made, but as a reader, it broke my heart. I wrote of a lunchtime in the staffroom above the shop, getting out my paper and pen while the kettle boiled, listening to cassettes of Scott Walker that the junior staff scoffed at. Then, somewhere in there, I broke my leg playing football, missed out on a possible promotion, and side-stepped into Academic publishing, where I’ve worked ever since.

Poetry is my literary first love, and it never lets me down. Whatever we feel as human beings, some poet down the years has distilled that emotion or experience into its elemental form. Poetry is language at its most perfect, the ultimate diviner of the human spirit. If we need solace, poetry will console us. If we need joy, poetry will take our soul and let us fly. As I redraft this essay for a final, final, final time, at home in my comfy chair, with shelf after shelf of books around me and a fresh cup of tea at my side, I glance across at Fiona Benson’s Vertigo and Ghosts on my desk, sitting on top of my reading list, and I can’t wait to know what it has to say.


Café was published by iambapoet.com.


Craig Smith is a poet and novelist from Huddersfield in the UK. His writing has appeared on Writers Rebel, Atrium, iambapoet and the Mechanics’ Institute Review, as well as in The North, The Blizzard, and The Interpreters’ House, among others. Craig has three books to his name: poetry collections, L.O.V.E. Love (Smith/Doorstop) and A Quick Word With A Rock And Roll Late Starter, (Rue Bella); and a novel, Super-8 (Boyd Johnson). He is currently working toward an MA in Creative Writing at Birkbeck University, where he is the joint Managing Editor of MIR Online Twitter: @clattermonger