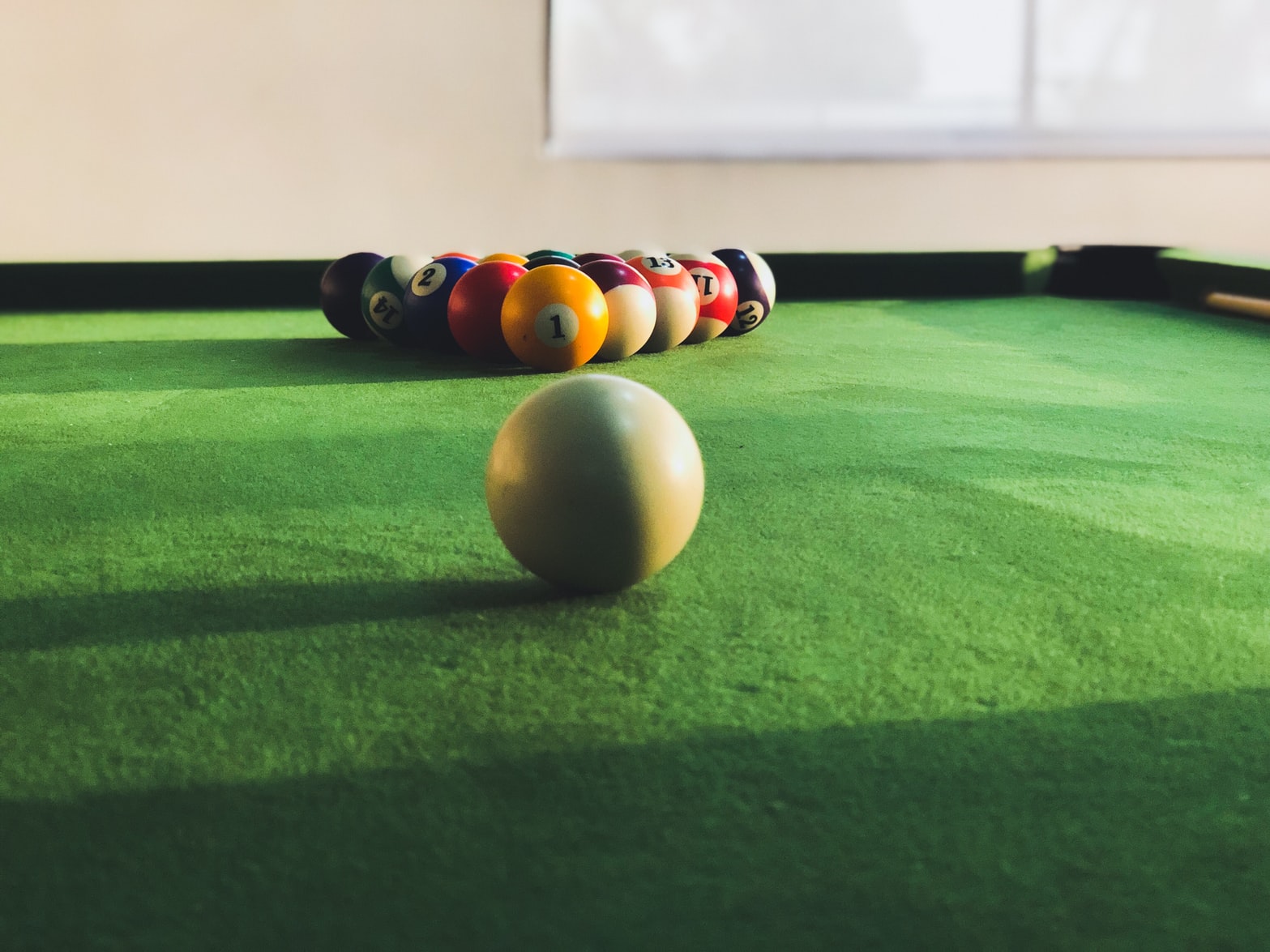 On the Confusion of Violence by Charlie Hill

When I was at junior school someone I had never seen before punched me in the stomach as I walked down the street. I have thought about this incident continuously. Violence gives some men wings, others the bullying power of the privately educated; some it reduces. For me, it is a source of relentless confusion.

Is violence avoidable? Fathomable? Can it be traced? Perhaps. The answers don’t come easily. Dad grew up in poor housing, with a shared backyard, about a mile from the centre of Birmingham. He boozed; when he was a teen he began mooching round the pubs of Digbeth and Sparkbrook and Saltley and when I was a teen I went with him. At Christmas we visited cousins in conservative Rugby and he would regale us with stories from the Sixties and Seventies – cityscapes part-obscured by smoke from lives blazing – of hard men he’d faced down in boozers. And before I was punched, aged about nine, I grabbed Daniel Tedds by the hair and pulled him down the road – ‘fancy a run, Teddsy?’ – even though I got on with him.

The wondering runs through my life. When I was 12, I opened a book on a fight in the playground between the cock of my junior school – in a dukes-up style – and a kid from Alum Rock. Alum Rock was deprived but I’d never heard of it so I made my man 1-4 on and the other kid 8-1 against, odds for which there were many takers. The fight lasted as long as it took for the kid from Alum Rock to walk up to my man and drop the nut on him, a simple enough opening gambit that led to my expulsion for poor maths.

The following year I needed to toughen up a bit as I liked my hair long so I joined a boxing club in Kings Norton where I sparred with an area champion – Dean of Wayne and Dean Beach fame – to no avail: after I hit him in the face with a perfect jab I apologised and had to stop going.

At a tennis club in Hall Green I had none of the right gear and the other teenagers were entitled. After I reduced a posh boy called Gareth to serving underarm, torrential rain drove us from the court. Gareth was the son of somebody who probably sat on the club’s committee and as we stood in the clubhouse, he said ‘you need to go and bring the balls in’ even though it was down to him too and although I was this close to telling him to fuck off I fetched the balls instead, getting soaking wet because of class.

At 17, I lived above an insurance shop, ate rice and tinned tomatoes and worked as a full-time barman at the Grant Arms in Cotteridge, where there was a lock-in every night. During one of them a copper got talking to the gaffer about how difficult it was to tell the age of people these days – ‘Take your barman. I wouldn’t have said he was a day over 17.’ During another there was a punch-up, among the select few, the close friends of the gaffer, and after the pool table shifted across the bar as part of the melee, I decided that bartending was not for me and moved back in with my parents.

At the Stirchley Co-op I sometimes worked in the warehouse with a fella who liked a smoke and wished he’d been old enough to fight in Vietnam, but mainly I played pool in the canteen, with Al from Fish. Al was one of The Lads, with whom I did the gallon at the Red Lion, ate at Yassers and travelled to Amsterdam in a minibus, at least until we fell out after a fancy dress party at a working man’s club. The fight spilled out onto the Pershore Road and cars stopped to watch Big Daddy break-up a fight between Stevie Wonder and an alien, while Yogi Bear kicked Zorro in the bollocks.

After a basketball game, I was animated and yes, long-haired, as I walked to the bus stop with a friend. Standing outside the King’s Head at the Lanes End, a stranger in sports gear spooked me by looking me up-and-down and glaring. His violence was unashamed, naked. He got on a different bus and my mate said ‘he wanted to fight you’ which wasn’t news but a cause of much consternation.

I also played rugby union like my dad but stopped after our flanker stamped on someone’s leg for no good reason; later, a friend from Crewe introduced me to the 13 man code. Birmingham Amateur Rugby Football League club had a squad of maybe 16 and played derbies against Stoke as there were no teams nearer save West Midlands Police, who were the dirtiest bastards. After a team-building night on the pop down Hurst Street I was losing my enthusiasm for being associated with large groups of men when, in a game against the coppers, someone broke four of my 19 year old ribs in a deliberate act of foul play. ‘Run it off!’ said our coach, who came from Wigan and had a limp and I tried as we had no substitutions, even though I had nearly punctured a lung.

In my twenties, my brother and I bought a bottle of rotgut whisky for the walk home from the pub by the canal (The Flapper, or maybe, back then, The Longboat). We were with a good friend, an ex-traveller who was kicking smack and lived by a code that was bafflingly common to many. As we walked down Hurst Street a bouncer said something to my brother or my brother said something to a bouncer and there were expletives on both sides. I hadn’t heard what had gone on and didn’t want our night to end badly so walked on, which didn’t go down too well; by the other side of Belgrave Middleway me and my mate were rolling about on the grass, bruising each other concussively until the police arrived.

Later, I was giving a free pool lesson to a Villa fan in the back room of The Malt Shovel in Balsall Heath. The second time I asked him to move so I could take my shot, he picked me up by the throat and spread-eagled me on the table, his fist cocked; I suspect he had issues beyond the obvious. The balls went everywhere, and I said, though I’m not sure why, ‘that’ll be two shots to you then, mate’ whereupon the fella frowned and, processing slowly, let me go. I gave him the game and left, on advice from others, but I wasn’t daunted. A few nights later I went back to find the pub empty and the pool table askew on a pool of dried blood; the night after our dalliance, the fella had ground a glass into someone’s face.

On a 50 bus, I stopped a teen being bullied, a miscalculation; there were six miscreants sitting at the back, initially cowed by my intervention but getting bolder with each subsequent comment. By the time we got to the bottom of Kings Heath there were another six waiting for them/me at the bus stop; ‘yeah, you walk away!’ one said as I crossed the road too quickly and nearly got run over.

On my way to work when I was in my late 40’s, a woman announced ‘that man has just sexually assaulted me’ and after a moment or two of deliberation I followed the suspect/attacker and another fella off the bus. The other fella was watching over the suspect/attacker on a pavement thick with icy snow and said ‘I’ve called the police but I’ve got to catch a plane. Can I leave him with you?’ and as I stood there looking mean, the suspect/attacker gave me the once over and concluded I wasn’t fit for purpose. ‘I’m going,’ he said, ‘You can’t stop me’ and slid precariously off along the pavement. I said ‘you’re not going anywhere mate’ but he clearly was, and for several metres we slid precariously alongside each other, me wondering how to stop him from making the world’s slowest possible getaway. Then someone more accustomed to assault got off the bus and throttled him into a hedge as I looked on, delivered to violence once more, no closer to ending my confusion, alive – alive! – yet late for work.

Charlie Hill is a writer from Birmingham. He has published two critically-acclaimed novels, a novella and a memoir. Some of the above is taken from Charlie’s memoir, I Don’t Want to go to the Taj Mahal, published in 2020 by Repeater Books.