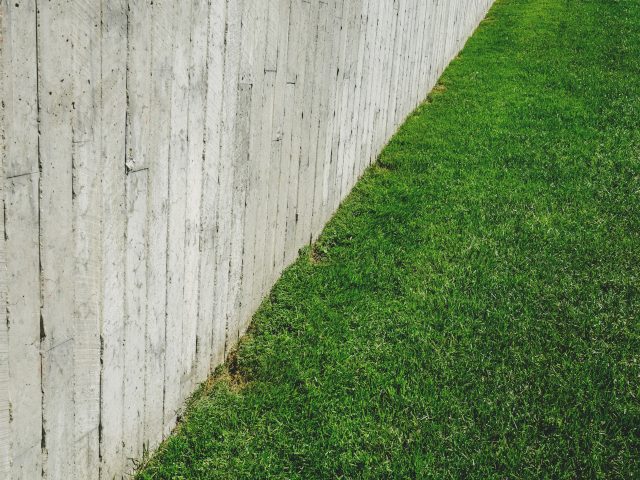 Debbie kept three chickens behind a metal wire fence at the end of the garden. Each morning they needed to be let out of their coop so that they could be free to roam the part of the lawn that was made into a run. Recently, Iris had gone into the run, picked up one of their eggs, and carried it in her mouth back up to the rear door of the house. She placed the egg down onto the concrete without it breaking. She looked up at Michael, who had been standing in the kitchen and who had witnessed the whole scene. Her eyes were big. He smiled at her as she looked up at him, panting. It was these small moments of tenderness that gave Michael the reason and clarity that he so needed in his life and that he so rarely spoke of.  He leant down with the strain of his years to pick the egg up. Iris was two years old. She was always more excitable and eager when Michael was off work.

She was sitting underneath the table between Michael and Debbie, who were both drinking coffee as part of their morning ritual. For the last couple of weeks they had eaten fresh eggs in the morning, but now they were back to their routine. The eggs would be left to gather throughout the week in the refrigerator from now on. It was the first morning before Michael’s return to his job as a psychiatric nurse. Two weeks off in his field was not enough. They were difficult patients. The worst patients of any ordinary ward in any other hospital would be the better of this one. In his younger years, Michael soon realised that most of them couldn’t be helped. What really scared him was a recent thought that many of them shouldn’t be. ‘John gave me a call two nights ago,’ He said. ‘He’s been advised not to come in. He said that it had been agreed by the managers.’

‘What did they say?’

‘The doctor gave him some pills. He said he was worried something bad would happen if he came in.’

‘Could you imagine?’ Debbie took a sip of her coffee.

‘Those pills have made him into something strange. A sad case.’

A  female voice came through the wall, singing in a muffled and exuberant manner.

They often talked about the woman next door, knowing her mainly as Marilyn, though her real name was Hannah. The career that she chose was an unusual one, and had brought her a good amount of financial success, judging by the house she managed to buy for a woman of her age. She lived alone, and as far as Michael could tell she was single.

Iris lifted her head up off the floor next to Debbie’s feet and barked, hearing the noises through the wall.

‘We have a patient called Adam. He gets along with me but none of the others.’

‘That’s because you’re good with him.’

Michael put his mug down. ‘I told him that they couldn’t give me any more of the worst patients. Couldn’t possibly. And he said, “They’ll give you all the worst one’s now, Micky. They’ll say that you’re good with them, Micky.”’

‘That’s what he calls me. He was right. You know what? They’ve given me the patients John would’ve taken. He’s bright.’

‘You are good with them.’

‘That’s not the point.’ He stood up, tucking his shirt in. ‘The next time one of them hits me I’m going down properly.’

‘I can guarantee that there are countless staff – like John – who go home crying each night.’

‘They must need you.’

‘They have a funny way of showing it. When you realise you can no longer stand more than half the patients, it’s time to leave.’

Hannah continued with her bursts of theatrical energy through the wall.

‘She must sleep well.’

‘I forgot it’s her Birthday,’ Debbie said. She licked her bottom lip as if an urgent thought could be tasted on it.

Michael took her empty mug and walked off into the kitchen, placing both his and hers into the sink. Then he opened the back door and went out into the garden to let the chickens out. It was sunny again today. The summer weather had lasted much longer than expected, but he could feel the change inside his nose as he breathed in. He stood down from the patio and moved onto the lawn. Hearing Hannah again, he looked to his left above the fence that separated their garden from hers and saw into her window. Hannah was standing in the middle of her living room as she sang, practicing her exuberant gestures in the mirror. Michael recognised the song but couldn’t quite place it. The sun was barely above the houses, and the birds were still calling, yet Hannah wore a cream dress with jewellery that shone against the light and was wearing ruby lipstick. She blew a kiss into the mirror and took a few steps back, then fell deliberately onto the leather sofa behind her and dropped her hands onto the groove between her thighs. She kicked off her heels with her feet. Her toenails were the same colour as her lips. Then she rubbed one of her shoulders. Michael moved away from the fence so that she would not see him. Iris ran out from the back door. He could feel her tail patting against his leg as she waited next to him. He edged down to stroke her. Her fur felt clean and delicate, like silk. He watched her as she ran off to the end of the garden to where the chickens were kept.

‘I have to go,’ Debbie called from behind. ‘You should take this over.’ She held one hand on the door handle and shook a birthday card with the other. ‘I would but I’ll be late.’

Michael looked back for a second. The light morning wind toyed with his hair. He turned to the chickens again, who were moaning now, for the freedom that he was about to give. ‘Alright,’ he said, and he gave a wave with the back of his hand.

Perhaps he would take Iris over with him, and perhaps he would be shocked by Hannah’s resemblance to the real Monroe when she answers the door. Maybe she would be holding a glass of champagne to celebrate her birthday. He would tell her that he had been feeding the damn chickens, and from this she would offer him a drink. He would decline at first, but then say yes when she offers it again.

When they sit down, he tells her that his house is almost the same in its layout. ‘Cheers,’ they then say, before taking a sip of their drinks. Iris has found herself a spot on the rug to lie on and looks peaceful there as they both talk about their lives.

After the second glass is poured Michael takes off his shoes and decides to call in sick. They both agree there is no way he would make it to work now anyway. Hannah watches him as he speaks to his boss on the phone and blames his non-attendance on his stomach. After hanging up, he tells Hannah that he isn’t proud of himself.

Before long, he pops the cork to the second bottle and watches Iris bark and run over to it, playing with it the way she would with a dead mouse. It is at this point that he spots Hannah’s bare feet and her toes again. He wonders about the real Monroe for a moment, the woman who was eclipsed by the constant act with which she lived her life, whoever the hell she was. He asks her why she paints her toenails different colours if she’s the only one who sees them. And she tells him that only a man can think like that. They joke about painting his nails. Hannah says, ‘What will Debbie think?’

‘She’ll think I’ve taken up drag or something.’

They both laugh. But Hannah then says, ‘No, about you skipping work.’

He tells her that Debbie will be angry at first but that she will understand. He says that he is making up for lost time, and that for his last birthday he had to stop a guy from biting his own tongue, but that he doesn’t want to talk about it. Hannah laughs again and says that he was the one who brought it up.

‘I think I just like feeling bad for myself,’ he says. Then he says, ‘I don’t know what I thought about your work, if I’m being honest.’

‘All jobs are strange I suppose,’ he says. ‘We all do things we don’t want to.’

‘I enjoy mine,’ she says. ‘And at least it pays well. My family didn’t want me to do it. I didn’t really choose to do it. It just happened. But look at my parents. They both work too hard in jobs they don’t care about for people they don’t like.’

Michael shakes his head. ‘You should see the people I have to work with. My boss is a workaholic. They’re like all addicts. The people who get hurt the most are the ones around them. He gives us all the work he has to give. I wish I could turn it off like a tap or something as soon as I get home.’ He mimics the action of turning off a tap. ‘For Debbie’s sake. We get paid to worry in work. I can deal with that. We get paid to worry about the patients. I can deal with that too. It’s everything else that gets to me, the lack of support we’re given, the fact that we’re expected to take it home with us. It feels like this way of living’s been accepted now, by everyone.’ He begins to scratch his eyebrow.

She lifts her glass in the air. ‘Count today as compensation.’

‘Cheers to that,’ he says. ‘Compensation.’ He ponders this word. ‘Maybe we should all call in sick more.’

She jokes one more time about painting his nails. Although, not by anyone’s imagination would he ever let her. He then says, ‘Tell me, Marilyn, do you still cut one heel shorter than the other to give yourself that walk?’

‘You’ll regret it when you’re older,’ he says. ‘Although, I guess you’re the only one who will know.’

At one point he yawns, and things go quiet, and Hannah glances over at him for a second before looking down at her own feet again. She thinks about those two feet of hers. And Iris, still chewing on the cork, with it propped up between her paws, feels warm in the daytime company of others for one more day at least.

But, having closed the chicken run, Michael looked at his phone, saw that he too was now running late, and called Iris to come back inside with him. Then he locked the back door and looked at the birthday card sitting on the kitchen counter. He signed it on behalf of himself and of Debbie as well.

When he finally left the house on his way to work, he posted it through Hannah’s letterbox.

Joseph Johnston was born in Nuneaton (in the George Eliot Hospital. It must be a sign), before spending his very early years on the Isle of Man. He then moved to Liverpool where he grew up. He studied English with Creative Writing at Falmouth University. He has spent his adult years sharpening his focus towards short stories and poetry. Now he lives in London and is the magazine editor of Open Pen. He is currently writing a collection of short fiction.