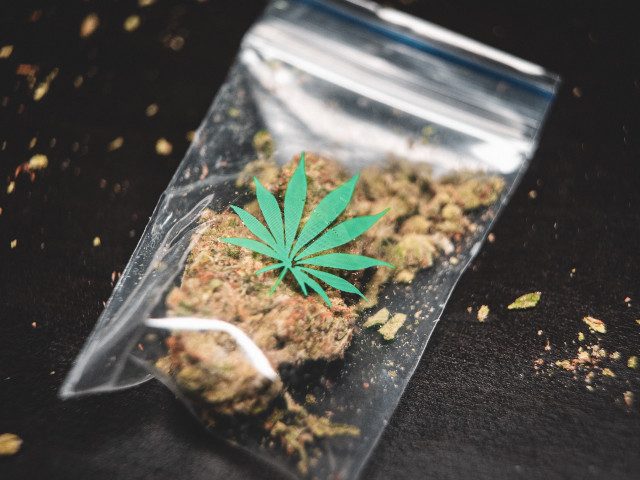 Friends is hard. Harder than writing or numbers. Sometimes, friends get angry, and when they shout, you can see their teeth. You have to say sorry, even if you don’t know why. Other times, the best times, they give you things. Once, just after X-Factor, Dagger gave me an iPad! You can take photos and videos and make yourself look like a dog or a cat. Dagger and his brothers closed the lounge door, but I didn’t mind. I went to my room and played iPad all night.

Before I had friends, the flat was quiet. I had food, and I’d go to the Centre twice a week, but I was on my own. School was great; there were always people around, people my age, but school’s finished. The Centre is different. You can’t stay at school forever. At the Centre, there are old and young people, and some of the people are mean. Some of the people pinch. They grab hold of your skin, just underneath your arm, and pull and twist. It hurts. Some of them touch your bits, your private bits, and that’s wrong.

Stanley and Karen used to see me at the Centre, or they’d meet me in town for a fizzy pop and a ham roll. I can’t live with them anymore, that’s the rules. Stanley and Karen say they miss me, but that they’re proud that I’m doing so well. Proud is when you feel happy that someone is doing well. I am independent. Independent is important. Teachers talked a lot about independent at school, it means doing things by yourself. It’s hard. I lived by myself, but I didn’t like it. Dagger said he didn’t like it either, so he moved in. Dagger comes from the city, and you have to get on a motorway to get there. When I told Dagger I used to travel on a special bus, he laughed and did a swear. I like it when Dagger laughs. If I swear, Dagger and his brothers laugh and make me do it again and again. I feel warm when I make them laugh, but then I remember swears are wrong, and it knots my tummy.

Stanley and Karen do not come back to my flat because they look after other children. I’m grown up now. Grown up but empty. Dagger says it’s all part of being a man and becoming a ‘brother.’ I want to be a ‘brother,’ but I miss Karen’s hugs and Stanley’s chilli. Stanley says, when I’m ready, he’ll show me how to make chilli again, with his special recipe. He showed me when I lived with them. Chillies really hurt when you rub your eyes. Stanley told me not to rub my eyes. I don’t tell Dagger about Stanley’s chilli, that knots my tummy too.

Dagger sends me places. You have to work hard to be a brother. I know a lot of places now. There’s the Lumbertubs, the Sixfields, the Semilong, the Kings Heath, the Abington, and the Weston Favel. Dagger gave me a bus pass and a phone – I like buses. They’re not as good as trains, or trams, but you can sit up front, upstairs, and pretend to drive. I can’t drive because I have poor attention span and coordination. I’m not sure what coordination is, but it’s important if you’re a driver. Dagger sends me a big yellow thumb when to get off the bus. The phone is my work phone. I’m only allowed it when I’m working. I know when to get off because I have a picture in my head that tells me. Dagger doesn’t trust my pictures. Dagger talks a lot about trust and respect – it’s really important to him, just like the parcels I deliver. Dagger says I’m the best delivery man in Northampton. NN5 8PQ is the postman code for my flat.

My job is a bit like pass the parcel, only I don’t get to open the parcel – that’s really important. If I open the parcel a lot of bad things, horrible things, things worse than pinching and touching your bits will happen. My job is very important. I give the parcel to a man, and he gives me one back. I put it in my Star Wars backpack and bring it straight home to Dagger. If Dagger’s not home, I put it in the secret place under the floorboard in my old bedroom. Before I met Dagger, I didn’t know that rooms could be too big. No one had told me that a small room would be better for me. I miss my big bed, but I do want to be a brother.

The last time I met Stanley and Karen, they asked me lots of questions about my flat and Dagger. I felt like I’d done a bad thing. Karen held my hands on the café table, and her eyes were wet. Stanley looked angry, like when the Cobblers lose, but he said it wasn’t me. I like it when Dagger sends me to the Sixfields. It makes me think of Stanley and his big, shouty mouth. Swears are okay at football, but you’re not to tell Karen.

When Dagger goes back to the city, his brothers go with him. I don’t think they like me, not like Dagger. The flat gets bigger when they go. Sometimes, when they’ve gone, I sit in my room and listen to the drumming inside my head. Karen said that it’s my heart beating, but on Casualty, you need a machine to hear heartbeats. Karen says it’s my superpower.

I had a job collecting trolleys at Sainsbury’s. You make them into a big metal snake and push it across the carpark until it clatters and crashes into the shed. Dagger says I don’t need that anymore as I work for him. Big Jeff in the Warehouse used to make me cups of tea – dark brown with lots of sugar. Sometimes there would be biscuits, breakages. When Jeff said breakages, he’d touch his nose. You have to touch your nose when you keep a secret. When I told Dagger I’d miss Jeff if I left my job, he said Jeff was a nonce. I don’t know what a nonce is, but Dagger said it was as bad as you could get, and that I couldn’t see it because I’m slow.

I have to look out for policemen. Policemen are good and help people, so I have to stay out of their way so that they can do their job. If I see one, I’m not to turn or run away. I must be ‘normal’ and then slowly walk away. The first time I did this, I was too slow. When Dagger talks about this now, he laughs, everyone laughs, but at the time he was growling angry. His eyes went red, and I could see his teeth. His teeth are white with gold bits. Gold is gangster, but I don’t want gold in my mouth. I might swallow it.

At school, I took photographs – this is the proper word for pictures. School had big cameras and iPads like the one I have now. When you take photos, you do composition which is deciding what bits to keep in the picture. My teacher, Klara, said I was good at composition – I won a competition and got a certificate. Stanley and Karen have it at my old home in a frame above the fireplace. They say I can have it when I’m settled. Dagger had an argument with one of his brothers about my photographs. Dagger’s brother was worried about the internet and pigs. I like pigs, they’re very friendly but too big to have as a pet unless you’re a farmer. I’m not allowed on the internet because that’s where the nonces live. Stanley and Karen used to warn me about the internet, but they never mentioned nonces. Dagger says it’s because they never cared for me the way he does.

When I’m on my own, I keep the door locked. I’m not to go out. When they go to the city, there are Pot Noodles in the cupboards. Pot Noodles are easy. You pour in hot water, but careful, it burns. TV tells me about the world and makes the flat sound busy. Dagger gets all the channels. He says it’s important to have an eye on the world. I don’t want my eye on anything.

Sometimes, Dagger puts the password in my iPad, and I go on Youtube, which is a white triangle in a red square. I’m good at shapes. I watch Cobblers’ matches. Dagger and his brothers make fun of the Cobblers, but they’re the best.

People don’t talk to me on the bus, I’m invisible, it’s another of my powers. Dagger says it’s my best power as I’m not to draw attention – this means not being seen. If you turn the sound off on the iPad, you can take pictures without making the clicking noise. The clicking noise is how old cameras sound. Karen had a clicking camera when she was a girl. I’ve lots of pictures and videos of Dagger and his brothers smoking spliff and playing Play Station. Smoking makes me cough all dizzy. You have to smoke to be a brother. When they’re in the city, I play the videos to make the flat smaller.

Today, a lady shouted through my letterbox. She said she was from social services and that she wanted to see if I was okay. I could hear her breathing. She was breathing like the stairs are a long way up. She said that Karen and Stanley were worried about me. That the Centre people missed me. She said a police officer was with her and that they would have to break the door if I didn’t open it.

Dagger will be angry, but Karen’s hugs are soft and safe, and Stanley’s chilli tastes better than Pot Noodle. Being friends is harder than I thought.

Garrie Fletcher writes short stories, scripts, and novels. He is a member of the Tindal Street Fiction Group, and Room 204, and runs creative writing workshops in prisons, mental health settings, schools and museums for Writing West Midlands. He has been published by Unthank Books, Blackheath Books, 3 AM Magazine, and many others, including Mantle Lane Press who have put out two books, Night Swimming and Submerged.