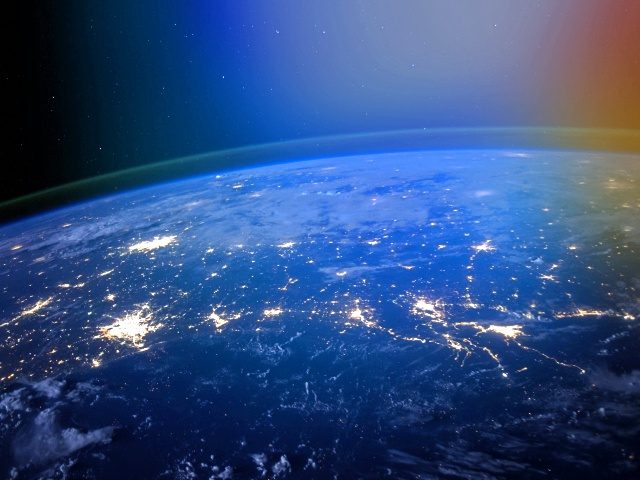 Editor’s Note: Some of the terms below were notedly present in heightened speech states, accompanied by whole-corpus vibration, but others were voiced almost totally bereft of sonance (see ‘whispered’ in ‘Communicative Systems Annexe’). This is curious since these terms belong to the class “Abstracta”, that is phonetic referents for things that have no physical existence. Why some of these “Abstracta” should be enunciated with full volume and others with minimal intonation is yet to be established. Such predicates seem to be in the gift of the subject utterer.

Nationality – Aggregation method for population cohorts. Historically, string wrapped around random landscape-features delineated boundaries, now substituted for bricks and aculeate metal wire. Populations herded inside the string designated with nomenclature of that ‘nation’ and pay homage and accord to its distinguishing lineaments. However, we could find no record of what constitutes these, set down as lasting reference anywhere. Genetically reinforced over generations, we can only surmise it to accord to the blood plasma and metal ions within (a magnetic attraction to the iron core of their spatial territory perhaps?). Such interiority of the aliens cannot yield to scrutiny without proper scientific probing on our part; an opportunity missed, since this blood plasma is readily harvestable for sample when groups within the strings turn on those from another string felt to be interpolating themselves, or more discrepant, on one another within the same string. They seem to lack for the most basic appreciation of Venn Diagrammatics. Ergo ‘nationality’ is proven mathematically unsound, yet seems entirely predicated on the relationships between its quantities.

Identity – Its initial status as a subset of ‘Nationality’ tests invalid. Supposedly a unifying pole to cohere and aggregate units of population – not just by nationality but also discretions of gender/ belief system/ age/ pigmentation/ raiment and/or fur arrangement/ skin ink/ gratifications – yet ‘identity’ paradoxically serves also to atomise and divide population units one from another. We have observed with great frequency, that where there is an overweening majority in any of the moieties, then the excluded minorities (at this juncture it is not clear if they are actively excluded or determinedly exclude themselves) round on and repudiate the tenets and values of the majority. The incongruence in this disposition, is that through their very opposition they are still entirely defining their identities against the standard of the majority, a contradistinction. Furthermore, the greater the number of vectors the individual pursues to plot the coordinates of their identity, the more unique they render themselves and therefore the more adrift from their fellows. A search for precision therefore often corresponds with isolation and incompleteness, the very inverse of mathematics. This only exponentially drives the quest for asserting identity. Identity presents as a Möbius Strip. And yet the continuous plane is repeatedly incised and segmented.

Belonging – Ur-tha’s predominant species has a penchant for possessing physical assets – that is, bundles of matter. (Interestingly a synonym for possession is ‘own’, a lexical integer which also pertains to structuring ‘identity’, therefore supplies another possible marker for/of it). The species is not above possessing one another, or other species, as we ourselves are cognisant of all too well now, especially across gender and pigmentation divides. So again, we are faced with this dichotomy, this differential calculus, of a single linguistic unit not just evidencing polysemy, but actually distributing binary opposite meanings. On the ordinate axis is the intellection of private ownership, of a physical asset singularly ‘belonging’ to an individual, yet on the abscissa the postulate that each and every individual wants to ‘belong’ to a greater totality (it is possible to belong to a subset where all members possess a copy of the same physical asset). We wonder if we are missing something in the oblique syntax of this philology, between ‘belong’ and ‘belonging’, but it remains opaque to all applied quadratic equations at present. As part of our investigations we have delved back into antecedent primitive technology and discovered – we barely can bring ourselves to confer upon it the nominalism of ‘tool’ or ‘instrument’ as defined elsewhere in this pandect -the ‘abacus’: a counting frame with beads, in which is symbolised the individual bead, yet set firmly in a framework of an accretion of beads offering a scalar of the totality. Since the word is archaic, it is not clear whether it should be included in our glossary and if so, whether under this Glossolalia heading, or as a physical entity in the Noumena section. Only the highest body of knowledge, that of Mathematics itself, can truly and simultaneously occupy the twin realms of Abstracta and material reality.

Sovereignty – On the face of it, one of the more simple linguistic constructions to parse. The holder(s) of supreme authority within any area demarcated by strings. Supreme authority as domination, hence the derivation of the word ‘dominion’ as an area so dominated. In many of the ‘dominions’ within the 270˚-360˚ quadrant of their planetary sphere, such ‘sovereignty’ is willingly ceded by its populations to small clusters, who in turn may themselves cede their own grant of ‘sovereignty’ to larger combinations of other ‘dominions’ (regard how combination contains the lexical cell ‘nation’, as per ‘nationalism’ above). Within our period of observation, we have seen one ‘dominion’ seek to de-agglutinate itself from one such greater conjunction. We have no idea whether this is a typical stochastic phenomenon or not, given our truncated research period. We did note that in seeking to take back ‘sovereignty’ into their own bosoms, the ‘dominion’ in question seemed at a loss to know its amplitude and dimensions and therefore how to go about calculating it. We conclude this is the inevitable outcome of treating any Abstracta as though it had a tangible material base. Were we not desisting from field study, it would prove instructive to continue our watching brief on this happenstance, as we ourselves are concerned we have not fully assimilated all the gradations and degrees latent in the concentric nature of ‘sovereignty’.

Irony – Using linguistic phrasing to convey the opposite of what the words in the phrasing suggest in their cardinal meaning. (See footnote 1) . Again evidencing this tendency for a dual binary of opposite meanings that makes their language so fiendishly intricate and inflected that even native speakers struggle to master it.

Literature – Preservation of the so-called wisdom of the species in codices for transmission down the generations. We understand that recently the form of this data has transmuted, in that the codex has been supplanted by digital display, yet the learning itself has become no more augmented by such a transition. If anything, like the creatures themselves, it has led to a greater atomisation and fracturing of knowledge. There appear to be two diverse values of the data contained therein, that of (1) ‘truth’ or ‘fact’ (the singularity of observable, objective reality), set against that of (2) ‘fiction’. (Interestingly the locals again set up a bifurcation of related opposites, by labelling them ‘fiction’ and ‘non-fiction’). Yet we struggle to find any proofs accompanying the latter tranche to distinguish it from the former, a perspective the local species are beginning to discover for themselves. Perhaps they cling on to their own outmoded belief in dialectic[2] and that concomitant synthesis will bring about a fecund amalgam of the two. Nevertheless, we feel it incumbent to define and analyse the concept of ‘fiction’ in its own right, for the insight it provides into the neural capacities of the species.

Fiction – Perhaps the apotheosis of the species’ glossolalia, ‘fiction’ reveals to us, if not to them, the ‘casuistic’ and ‘sophistic’[3] fallacies at the heart of the neurological function of these creatures. They create elaborate imaginative literary fictions in the belief that it will reveal great truths about their world and each other. They even denote many of them as ‘Parables’, which shares a lexical stem cell with Parabola. Yet there is no correlation. For with their neurological capacities restricted to perception in just three dimensions, they have a poorly developed appreciation of the physical and material world and its mechanics. It is on this delimited basis that they have analysed and codified their material world, therefore what they take to be a firmly embedded material reality is entirely subjective and in itself, ‘fictive’. They would be better equipped to set up their ‘fiction’, not to try and elucidate ‘truths’ about which they are misapprehending in the first instance, but to reveal to them the mechanism of the fictive world they have established for themselves in the guise of ‘truth’. Then and only then they might be able to break through their own illusory perceptions and attain a higher level of development. However, our permutations suggest that the equivocal meanings behind most if not all their Abstracta, mean this feat will remain beyond them.

[1] Interim on the assumption that we will one eon return to complete our study of this planet and its inhabitants. ‘Ironically’ (see ‘irony’ below) we embodied an instance of their ‘nationalism’ when they became aware of our existence and rounded on us with hostility.

Marc Nash has published 5 collections of flash fiction and his fifth novel was the judges pick for the 2018 Not The Booker prize shortlist. He has had articles or short stories published by The Rough Guide To Rock, Akashic Books, Culture Matters, The Good Men Project, the Honest Ulsterman, Minor Literature(s), Hynopomp, The Infernal Clock and the London Literary project among others, He works with video makers to turn some of his flash fiction into digital storytelling. He lives and works in London in the freedom of expression realm.