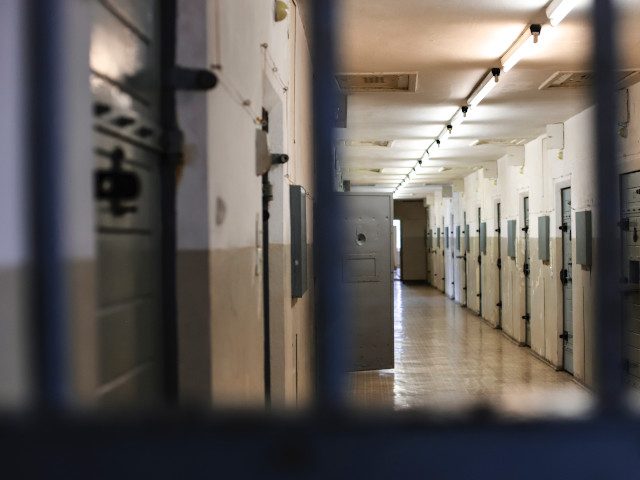 The release bell rings and I join the men as they fill the landings, a crowd of testosterone swaggering along the hallways, down the stairs, into the dining hall where they jostle and talk so loudly I want to jam my fingers in my ears. I widen my legs, roll my shoulders, click my neck left and right.

Fuck all yous, I think.

It’s a relief to spot Rajesh. He’s a scrawny little prick. He’s ahead of me in the queue and gestures I should join him. I pretend I don’t notice; I ain’t barging in front of any of these guys. But now he’s like, “Christian!” and people are looking. I nod. “Alright,” I say, but I stay where I am. The fella in front of me turns and mutters something and I don’t hear what but grip the sides of my blue plastic plate. Whatever man, fuck you. He says it again. Turns out he’s hoping the sausages haven’t all gone by the time we get to the front. A steroided geezer moves into the line and we shift slightly to let him through without a murmur. There’s a weekly menu sheet to tick off, but being a newbie I’ve yet to receive mine. They plop a bag of salad on to my plate and what looks like strips of boiled chicken for fuck’s sake. I keep it moving, scan the room for Rajesh.

He does the knuckle to knuckle greeting and I half expect him to call me brother like we’re in Sons of Anarchy. We met this morning in reception and so we’re pals now. The room smells of something meaty mixed with B.O. and I already know it’ll be hard to get the food down. We join a group at a round table and I scan the room for a water station. There are notices on all the walls; posters advertising courses, meetings, the Samaritans. A guy with a large white crucifix round his neck says, “So, are ya?”

I’m not sure what the right answer is. This is day one.

One thousand and ninety-four to go.

It’s still steaming at 4am and I’m lying on my bed, eyes achingly dry and open, listening to the fella below me snore. I imagine his fetid breath coiling up to my nostrils and want to stove him. I picture Lorna and try to breathe like she kept telling me to. On my side, drifting, thoughts floating, random: that fast little kid at school, Danny something or other, chocolate custard, marbles, my best one, bluey, a champion marble, prison, the rat I saw, big fucker, disgusting, think of Lorna, the curry wasn’t too bad at dinner, drifting, Lorna, her smile, drifting, Lorna, get back to Lorna, then a fucking torch shining on me and two officers rapping at the door.

“What was that? Something you want to say?”

Along from us someone is gibbering shite and I try to turn his rambling bollocks into a kind of soothing white noise. Drifting. Drifting until words slice through, “A paedo like you shouldn’t be mixed in with General.”

“Christian, you hear that?”

We both crane to see out of the cell.

Next door to us Rajesh says, “No matter what we’ve done we shouldn’t be stuck in with scum like him.”

The news sparks along the cells, crackles in and out of men. It’s 4:30am. We’re all awake. We’re an electrical charge of fury. We demand to kick Thomas’s head in, we tell him how we’ll slice him, rip him, tear him, fuck him, fucking wrong’un. Paedo. We won’t stand for it. By six he’ll be in solitary. We won’t see him again.

My Canteen feels suspiciously light. I weigh the two bags in my hands. I rip into the clear plastic with a sense of doom. Biscuits, bananas, protein powder, toothpaste, no fucking tuna. I look over at Paul who is calmly lining up his bottled water.

Before Lorna visited I’d wanted to smarten up, look like someone she could love despite my prison greens. I’d begged a haircut from Geoff on D landing. He said he was a barber on the out. Did a sharp fade. Two tins for a cut, double bubble for a favour.

I owe him four. I’m chewing the skin on my thumb. Climb onto my bed. Breathe in for five and hold, out for eight, or was it seven? I can’t remember. It’s not working anyway. There’s nothing I can do, no way to put it right. I’ll have to grovel, get some mackerel, promise more. But he’ll want something now. I know how this works.

He opens his cupboard which is rammed with tins and packets.

He nods. This guy!

Paul is blethering on about some shite.  He sees my face and stops. From my top bunk I stare at the wall, blank now I’ve taken her picture down. I know I’ll move past this, but right now I’m in deep. The door is opened for association. I stay where I am. The voices and general hubbub drift in, some wanker has gone on an away day and passed out. I can hear officers and medics try and rouse him. Someone has started a football chant. Rajesh and Paul come in. I close my eyes. There’s a smell of onions and peppers sautéing. I want everyone to fuck off.

“Yeah bro, Paul said you could do with a bit of company.”

It’s the last thing I need, but Rajesh is the master of kettle cooking – does some kind of crazy magic with chicken strips and noodles. Paul has his cupboard open and is bringing out packets of garlic powder, chilli and cumin. I realise I am hungry.

I can’t pinpoint the last time I wasn’t waiting: to get caught, to be charged, waiting for a court date, a verdict, a sentence. Waiting to be moved from one prison to another. Waiting for roll call and the release bell, the showers, a letter, a phone call, a visit.  Waiting for my offender supervisor to hear back from probation, for someone to sort out where I’ll live, what I’ll do. Life on pause. Men run lap after lap in circles like hamsters. Bulk up in the gym. Read books on becoming a millionaire. Dream of brighter futures. But while we’re busy waiting, life on the out doesn’t. Lorna didn’t.

It’s all anyone talks about.

“How long you got left?”

“This time next year I’ll be out.”

There’s no fanfare, some self-important paper shuffling from Jones, the officer with the wanky moustache, then that’s it: I walk out of the gates and stop. It’s Thursday. It’s bright. I wait. It’s what I know. People come and go; prison staff, police, a really fat woman with a stick. The birds overhead sound like they’re laughing at me. I shift from foot to foot, to look like I’m waiting to be picked up. I’m due at the hostel at eleven. Probation want to see me at two.

“Alright?” says one of the new officers, a scrap of a thing she is.

It’s a nice enough morning. My stomach is rumbling now. I had breakfast before I left, but lunch is at twelve and I run on prison time. It’s cold. Deceptive sun. I head off down the road with some urgency, walk for about ten minutes. The prison is surrounded by countryside. I keep adjacent to the perimeter of the prison and hear the bell for the dining hall. I picture it in my mind, guys from my block laughing loudly. Rajesh with his mouth wide open showing smashed up bits of food. It always wound me up that he eats so badly, but now I feel a fondness. 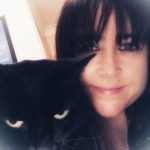 Sara Crowley’s fiction has been widely published in places including 3: AM, The Irish Times, wigleaf, Neon and PANK. She won the Waterstones’ Bursary and her novel in progress was runner-up in Faber’s Not Yet Published competition. She’s Managing Editor of The Forge Literary Magazine, blogs at saracrowley.com, is a firm believer in the positive power of libraries, and appreciates you taking the time to read this.