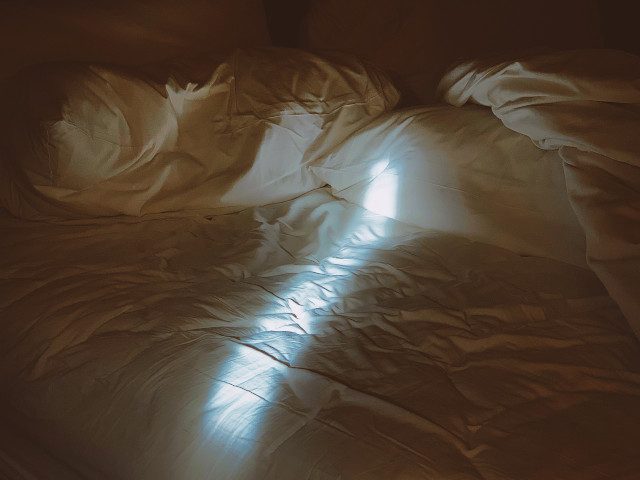 Sam’s been talking me through his pencil-drawn world for the best part of an hour. It is detailed, colourful and multi-layered. As the days tick by, we fix new sheets of paper to the map and continue on his journey. Voices scream in Sam’s ear for much of the time, but right now we’re onto them. He makes a fist around his chewed-up pencil; veins pop blue.

‘And this here, look, is my wife. My sister-wife! We’re getting married, see? There is love everywhere – here, look, and underneath in the bits you can’t see that I can. We are standing on a monster mountain. Alex. I feel sick – morning sickness. I’ll have a fag.’

Everybody hates you You’re disgusting You should be dead

Sam cringes from the voice that calls over it; he kneads, thumps and scratches at his forehead and hisses our reply.

Sam’s the youngest on the ward, boyish, although that fresh face is steadily fading. He looks completely out of place – the only one that doesn’t smoke, for a start. I’ve worked here for two years, but it’s still hard to imagine just how frightened he must be, surrounded by madness, trapped, nothing familiar, such an uncertain future. Sam needs all the help he can get. Sometimes I feel bad about leaving him, but that’s the way the world works.

The art room, like the rest of the ward, is dirty beige interrupted only by sad, forgotten paintings blu-tacked here and there — a tree of angry handprints, an evil pink eye glaring from a thick black triangle. Forlorn pot plants squat wearily on the worktop, ripped from bone-dry soil, shoved back in over and over. Seedlings from the gardening group sit baked and brittle on the windowsill.

Sam’s been with us for a month – it hasn’t been plain sailing, but then it never is. Brought by the police at 2 am one Saturday – the handover was pretty standard: kicking off at a bus stop, getting in people’s faces, ranting. No booze or drugs. No medical history. Mum calls five times a day but gives no clues and won’t visit. She doesn’t want details, never asks questions; I feel her cower through the phone as I spoon-feed info about meds, seclusion, and upcoming reviews. God knows I’ve called his bloody father a thousand times, but I can’t say much in a message. Sam’s seventeen and terrified – what’s their problem?

Sam tuts and shakes his head – that never bodes well.

‘She’s only seven. Sis needs me back home. I’m doing this for her birthday – she’ll find me, I’m sure. I’ll give it to her when she gets here. I’ve left my window open. Ssshh, eh.’

‘This is a great picture, Sam.’

‘I need to lie down. When is this baby coming, Alex?’

This baby talk is new.

‘I don’t know. How long do you think you’ve been pregnant?’

‘Huh? Alex, you’re really stupid sometimes. I’m not pregnant! Wow, you must be tired. Anyway, I’ll catch up with you later, I’ve got to get home. The forms have been signed off. No more of this shit for me.’

He lines up his pencils along the table.

‘Do you want to draw anything else?’ I ask.

He smiles and shakes his head like a tinny old robot.

Sam slaps himself across the face. The air in the room sounds dead.

‘You’re doing it. Come on, mister, let’s crack on with the day.’

Sam tightly rolls up his map and bounces the end playfully on top of my head. He hauls himself to standing and shuffles over to the door. Two sticks of charcoal snap under his feet.

‘Shut up, she’s alright,’ he mumbles on his way out.

Sam’s going nowhere for now. I wish he could remember, but it’s the same every day. I water the dead plants and lock up – I’d like to leave the door open, but the room will only get trashed. Sam’s in the corridor: backpack on, coat stretched over the top, arms forced out wide to the sides.

And that’s it – we’re off. Piling past me, he crashes into the entrance door. Punching and kicking with jagged energy, his face contorts horribly. It’s hard to focus on, but I want him to look at me. The heavy pounding pushes the voices to the back of his head, but the door has taken this kind of treatment many times before. It’s not going to give. Gleaming tears track down Sam’s drained, hollow cheeks as silent waistband alarms are pulled. Hands clamp down on his quivering shoulders. Sam spins with fury, exploding with spit and fists – a supernova, strong and blinding. But the clear edges blink out as quickly as they came. He collapses into a writhing heap.

‘You can’t keep me here, you lawless fuckers,’ he says.

Kneeling on the floor, my face close to his, I whisper, ‘Sam, try and calm down, just try for a minute. You’re safe but you need to stay here. We’re fixing you; you’re fixing you. We want to take our hands away. Things take time, Sam, but it will get better. You’re doing good – just stay with us a little longer. I promise you won’t be here forever. Here’s some meds.’

Sam foams at the mouth, grinds his teeth, his breath is forced between the gaps.

‘Come on. Let’s get you sitting up. Here’s some tablets. They’re going to help.’

‘Right now, they’ll help. You’re poorly, Sam. No one expects you to fight this by yourself. I don’t want you to have an injection. The tablets would be much better, if you can do that. They’re the same ones you usually take, just now instead of later, and a bit more.’

‘I’m going to destroy you, Alex. What have you done with my world?’

‘It’s just here,’ I say, glancing over at his map, kicked around and screwed up on the floor. ‘It’s safe.’

‘The edges hurt, Alex,’ Sam whispers. ‘The lines are pressing down around here,  see? Where’s dad? He said I could leave, didn’t he? I am hurting. All. The. Time.’

From outside comes the familiar clunk-click sound of the airlock door being opened. Muffled voices confirm a visitor. Sam’s strength is renewed. His father – here at last – stares at the floor whilst colleagues go through the bizarre gifts he’s brought for his boy – most of it isn’t allowed. Sam’s breathing comes in shallow, rasping blasts; his eyes glare through the gap at the bottom of the door. I hold out a meds pot containing four tablets. He swirls the tablets around with a finger and holds me in a soft, calm gaze. And then, he kicks out, breaks free, screams at the voices that are only getting louder.

His father looks up from the floor, slack-jawed, wiping away invisible tears.

‘I’ll call later. Tell Sam to calm down,’ he says, leaving his son, just six feet away, as he continues to scream.

A couple of carrier bags sit on screwed-down chairs, filled with the sweets and toothpaste he can have when all this blows over.

We move him through to the seclusion suite. His hot tears feed a deep growl, a syringe of rapid tranq is pushed into his young, exhausted muscles. Sam, barefoot now, dressed only in grey jogging bottoms and a yellow t-shirt, looks thinner than ever, emaciated. What little definition he’d forced into his face and figure falls away as the meds take hold. Laying back on the blue plastic mattress, he gazes beyond the ceiling. He mumbles something about his sister, how the paths are collapsing. One by one, we release our hold and step backwards out of the room. Sam is alone. I watch him carefully on a small screen via CCTV, take notes of his movement and mood every five minutes.

Sam burrows down under his duvet, holds his mum’s warm, comforting hand. His sister, on her way to the bathroom, bends down for a goodnight hug. Dad stands at Sam’s bedroom door, reminds him of his appointment in the morning and switches off the landing light. 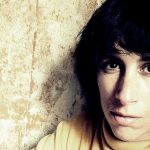 Jo is a proofreader and published writer of both fiction and non-fiction. For many years she worked in psychiatry. She lives at the foot of the South Downs.