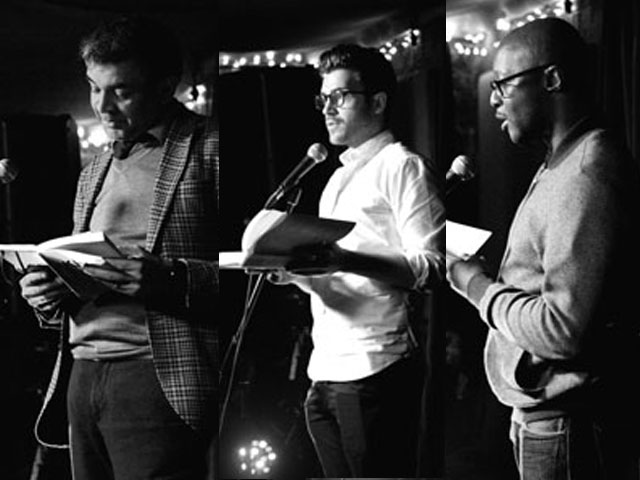 Great Turnout For The First MIRLive

Melanie Jones gives a round up of our first MIRLive.

On Friday 13th May, MIROnline submissions opened and a MIRLive was required to celebrate. We organised a triple headliner on a Friday night and hoped that we could lure people away from their usual weekend activities to spend the evening with us in The Harrison. We were happily surprised by the amount of people who came to join us, our readers were excellent, and I think it’s fair to say that we gave MIROnline a great launch into the world.

To kick us off Anne Rabbit told the story of a couple who have very different ideas about what life should look like with an empty nest. Anne showed us a mother’s frustration at not being able to deliver a birthday cake to her son and a father’s disappointment that a romantic weekend away was not on the cards.

Martin Wakefield shared two pieces of flash fiction with us, and his performance really brought out the mix of the comic and tragic in his work. Both pieces had us laughing before they delivered the final punch. When We Used to Smoke explored the effects of the smoking ban and Model Railway was a microcosm of a societal decay.

Simon Townend presented us with an ethical dilemma; if your Grandmother has died whilst watching television, your parents are out, and the girl you’d quite like to lose your virginity to is on the way over, what would be the best thing to do? More importantly, what would Grandma have wanted?

Our first headliner, Benjamin Wood, treated us to an extract from his most recent Novel, The Ecliptic. Benjamin showed us how his protagonist, Glaswegian painter Elspeth Conroy, began to fall for her mentor, Jim Culvers. The subtle character development in this chapter was an intriguing introduction to the novel. The Ecliptic is available to purchase here.

After the interval, Gilli Fryzer took us to the seventies disco scene in her story Dancing To Elvis. The death of Elvis affected the characters in different ways and Gilli used this catalyst to show us a family in crisis.

Our second headliner, Nadim Safdar, shared an extract from his debut novel, Akram’s War. Akram Khan is preparing to detonate a bomb when he meets a prostitute named Grace. In the extract, we discovered that Akram has gone home with Grace and saw how his conversation with her cast doubts on his mission.

Our final reader was Courttia Newland. Courttia read a short story from his upcoming collection, Cosmogramma. The story depicted a dystopian version of the UK where anti-immigration laws had been taken to the extreme. Immigration officers patrol the streets and tear people from their homes, taking them away in an ominous van. The chilling story was told from the perspective of a young boy as he watches his neighbours house being raided and attempts to help them.

Overall, our first MIRLive was a great success. Thank you to all of our readers and everyone who attended. We will return in September with a selection of readers chosen from the upcoming Mechanics’ Institute Review: Issue 13. In the meantime, please send your short fiction, creative non-fiction, and poetry to editor@mironline.org. We’d love to read it!