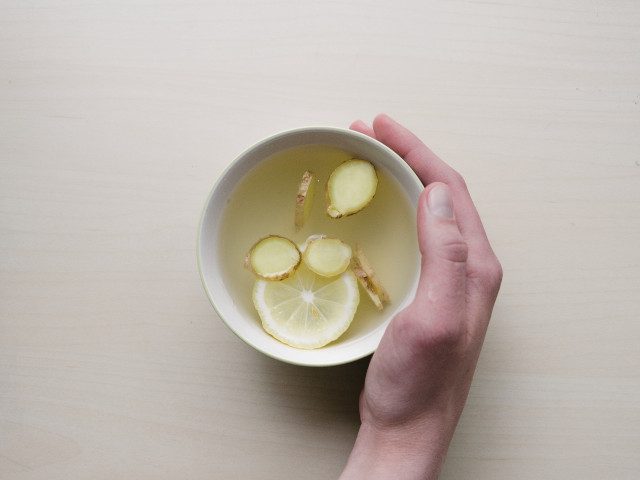 Jake stretches his back, which makes his chair swivel, setting off a wave of nausea. He plants his feet on the floor, looks up, away from the floating colours of his screen to a cratered, grey ceiling tile; he breathes in slowly.

He can’t remember what he’s in the middle of doing. Reading back through the livechat, he clicks on one of the holding messages, BioMedical & EarthScience Publications Ltd thanks you for your patience.

He’s so tired. Not even from going out. Not since that Saturday. The club, the beers, the girl with the long, smooth fingers and black nail polish. Cary. He wouldn’t mind seeing her again.

Has his supervisor noticed him slacking yet? Who’s supervising today? He’s forgotten again. Oh, yeah, her with the frameless spectacles and the nose pores. She’ll definitely have noticed.

He can’t see Cary, of course, because he crept out of her little terraced house once she was asleep and didn’t answer her text. What he always does. She was better than his usual girls though. Something different about her. Dark hair tangling, swishing down her pale back. It would be too awkward if he got in touch now.

Looks like the client’s payment method has changed, but the account’s still showing as…

Four weeks ago, that was. He hasn’t felt right since. He thought it was a hangover, but it hasn’t got any better. Maybe he should see a doctor.

He clicks I’m just checking that for you, before he’s even started to search for the customer’s account. He finds the first seven digits already in the search box, doesn’t remember putting them there.

A coffee waft floats from the empty mug on his desk. Too strong. He shunts it behind his monitor.

It had been in grey dawn chill that he’d snuck out of that Cary’s bedroom carrying his clothes, dodging that silver ornament hanging from the ceiling over her stairs, dressing quickly in her sitting room, avoiding his reflections in the big mirror over the mantelpiece and in the glass of that framed poster of the stars, then trudged through town, already hungover, glad of the shivering and the solitude. Once back in his own bed though, he hadn’t slept. He’d kept remembering her sharp green eyes and the feel of polished wood over his body. Maybe he should have stayed until she woke up.

He lets go of the warm curve of his mouse to type ostentatiously fast, for the supervisor’s benefit, I see the issue with this account. I should be able to sort it out for you in a couple of minutes, even though he hasn’t actually made any sense out of the list of dates and charges yet.

He just doesn’t see any point to his being here, exhausted and bored. He wishes he could afford to leave this job, not that he’s qualified to do anything more interesting even if good jobs ever came up.

Rain smacks against the skylight over the row of desks behind him. That had better have stopped by lunch break. Jake needs to get outside today. Fresh air. And fries. A double portion of fries. Have to be from the KFC at the station, because nowhere else does them round here. He is too tired to walk that far and back. Worth it for fries, though.

He jolts as a printer starts churning. The movement makes him realise he needs the loo again.  He tries to focus on the list of payments on the screen. He swears he can smell warm ink and plastic from here. He locates the last successful payment.

He’ll have to finish off this livechat before he can go to the loo again. Supervisor’s bound to say something; it’s only been half an hour. What’s wrong with him? He should book a GP appointment. The coffee smell finds him again; his stomach lurches again.

As Jake leaves the surgery, a light comes on in one of the houses opposite. He glimpses orange walls and a shelf of toy cars before a woman closes curtains over the bay window. A bus rumbles past. Here he’s only a few streets away from that Cary’s house. Tiny sprigs of blossom are pushing their way out of the branches which hang over him. All he can smell is diesel from the bus, though. He’s hungry again, still nauseous, needs to pee, and now his chest skin is aching around his nipples. He zips his hoodie up. Pointless waste of time seeing the doctor; he’s missed out on half a day’s money and now he’s got to get the bus all the way home.

He wonders whether Cary is in. Would she be back from work yet? Where does she work again? Did she say?

Hers is the house with the reddish door and the rusted nubs of old railing embedded along the concrete top of the wall. There are tiny plant pots on the windowsill.

‘That sounds lovely,’ he replies, because it does, though he’s never had it before.

‘So, how have you been?’ she asks, her green eyes looking right into his as he passes her on the threshold.

It would be rude to ask to use her loo straight away. He’ll make conversation for a few minutes first. She’s holding that wooden carving of hers, the short, varnished, knotted pole. She points him into her sitting room with it. He shudders slightly, reliving the sensation of it on his naked body.

He sinks into her saggy sofa and stretches his legs onto the footstool. His lower back relaxes. She’s got a real fire burning in the grate this evening which changes the light in the room, so that the star constellation poster looks a lighter blue.

That mirror is the one he watched himself in as he kissed her and took her top off before they went upstairs.

‘You look a little peaky,’ Cary says, handing him a fiddly little teacup with no saucer. Her fingers are long and white, with black-painted nails, just as he’s been remembering them.

The ginger steam smells strong. He’s not sure when or how she brewed it; she hasn’t left his sight since he got here. It’s a clear amber colour. There’s no bag in the cup, no paper label on a string. He’s not sure he’s going to be able to keep it down.

‘Actually, yeah, I haven’t been feeling great to be honest.’

He nods. The tea stings his gums, but then settles warm in his stomach and, for the first time in weeks, he feels less sick.

‘That’s all perfectly normal.’ Cary sits next to him, her slim thigh against his, warm through his jeans and her velvet skirt. These jeans aren’t comfortable round the waist anymore. It makes no sense that he’s put on weight because he can barely keep half a meal down.

‘The doctor thinks it’s stress,’ he says. ‘I’m going to have blood tests.’

‘They won’t know how to look for what ails you, Jake.’

‘You know what’s wrong with me?’

‘Ah now, Jake,’ Cary says, her voice a little deeper than before. ‘You’ve only got yourself to blame.’ Light from a spherical lamp on the table beside them catches the glint of a silver hair amongst her black ones. ‘Do you think a girl can’t tell when you take the condom off?’

‘You’re lucky I haven’t got any diseases.’ She pats him swiftly on the thigh.

There’s a brown spot on the back of her hand.

‘You sure? Maybe that’s why I feel like this.’

She doesn’t answer, stands instead, then examines the star map poster. Her back was as straight as a ballerina’s on that Saturday night, moving up and down above him. It looks a little hunched now. He feels drowsy. Must be the wood smoke. He finishes the ginger tea.

Without looking at him, she says, ‘Nothing you can do. Just a question of time. You’ll feel like your old self again in a few months. No pâté, no soft cheese, no blue cheese.’

He nods. It’s not like he can afford pâté or stilton anyway. Her words don’t strike him as unusual, not then. Gratitude is seeping round his body with the warmth of the tea and the settled comfort it brings.

She asks, ‘How many units are you drinking per week?’

‘Good. The sickness shouldn’t last longer than another month or two. Don’t start drinking again when you feel better.’

She runs a wrinkled finger between two points on the poster. ‘I expect to see you back here to deliver what’s mine in…’ she checks a table of numbers in the top right corner. ‘It’s thirty-three weeks now, isn’t it? Nine months minus the five weeks it took you to get back to me. As soon as you feel the first contraction, get yourself straight over here. It could get messy otherwise. I’ll be expecting you.’

She turns around, looking down at him, spinning that carved stick of hers. Her face is lined, her long hair’s grey and her nose is hooked. Only her sparkling green eyes look the same as they did when she danced with him in that nightclub. ‘Now, go home, rest up and eat healthy.’

The nausea returns abruptly on the bus ride home. It wakes him up. Another couple of months of this? That’s what she said. His mouth fills with saliva. He starts to think more clearly, putting together the things she said with everything he’s been feeling, and it doesn’t make sense, but can only mean one thing.

The skin at the bottom of his belly aches tightly. It feels pulled. That’s only going to get worse, isn’t it? He adjusts position. When the bus turns the corner into his street, he stays sitting, breathing deep and looking straight out of the front window.

He jumps off at the bus stop after the station, hands over his mouth, nearly making it to a bin before he throws up.

He’s not working tonight, but he trudges up the hill to the familiar building and joins the night shift trooping past security. Sentences form in his head. He gets out of the lift two floors lower than usual, escaping the lurching and heat of pressed bodies, but not the parmesan stink of himself. The smell of new nylon carpet on this floor is nearly strong enough to mask it. There’s a steel door at the end of this corridor, marked LAB 4 in big black letters. He breathes through his mouth while he checks the list of departments on the wall.

He finds the name he needs etched into a metallic plate which is screwed to an office door. As he knocks on it, he straightens up. His lower back is aching again. Months more of this. And then what? He shudders to think what will happen to end it all, then what she’ll do to him next. He enters when instructed.

‘Yes?’ asks the woman in white sitting behind the desk.

‘You pay for anomalous biological material, yeah?’ Jake’s hand creeps to the hardened curve of his lower abdomen. There’s a prickling feeling at the top of his nose; this is half his after all. He has decided. He is sure.

‘I think I may have about my person a particularly unusual specimen.’ 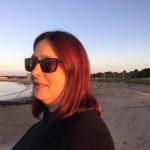 Rue Baldry lives in Yorkshire. Her stories have been in Ambit, Mslexia, Honest Ulsterman, Postbox, Nottingham Review, Pif, Incubator, Mighty Line, First Line and other journals, and shortlisted for the Reader Berlin and Odd Voice Out competitions. She has an MA in Creative Writing from Leeds, was a 2015 Jerwood/Arvon mentee and the 2017 Bridge Awards Emerging Writer. Her novels have placed second in the Yeovil Prize, and been shortlisted and longlisted for various other prizes.