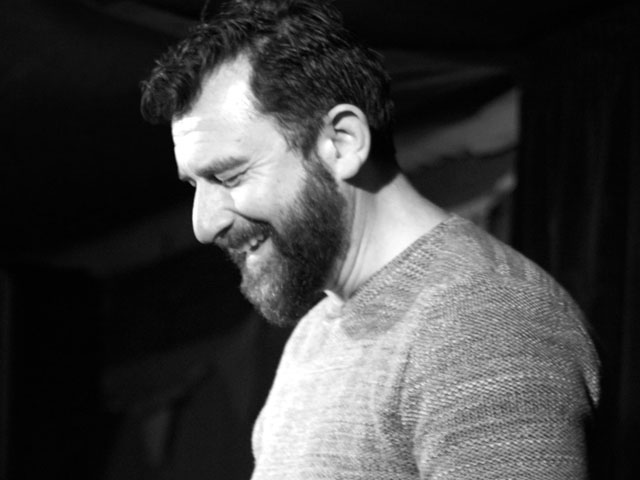 Alison Hitchcock gives a round up of our last ever Hubbub.

It was a full house for the last hoorah of Hubbub. Our next event will be the very first MIRLive, a reading event showcasing the best work for our the Mechanics’ Institute Review Online. Over the years Hubbub has played host some aspirational Birkbeck talent, so it was fitting that the line-up for its final swan-song was equally talented.

Nadia Wassef began the evening with an entertaining and informative piece of creative non-fiction, Mamma Mia, Here I Go Again, which recounted her early life in Cairo at the beginning of the 1970’s, told through the lens of Wimpy’s burger outlets.

Annie Lowe, by Jay Barnett, continued the theme of youth, as he gently showed us the contrasting lives of a group of childhood friends, returning home after a first year at university.

Birkbeck’s skill for developing poets was demonstrated by Paula Lorraine who began by telling us that she had expected to be ‘crap’ at poetry when she started out on the Birkbeck module. It very quickly became apparent that she was anything other than ‘crap’. Her three poems visited poignant memories and reminded us how we stay connected even after people and places have left us.

The final act of the first half was James Mitchell reading Model Behaviour. James’ natural storytelling style took us into the scary world of virtual-reality-life and left us all wondering who may be watching and controlling us.

Sara Keene kicked off the second half of our evening with an extract from her short story, The Whole Package, a witty take on a package holiday for the well-heeled, privileged traveller. Cleverly written in the first person plural, we were entertained by Sara’s humorous character portrayals.

Toby Litt’s new collection of essays, Mutants, is designed to make you think and appreciate and we certainly did both as he read sections from selected essays on Ballard, Kafka and Spark. The essays were, as any fan of his writing would expect, full of his signature conceptual thinking.

Our headline act, Paul McVeigh reading from his debut novel The Good Son, brought us back full circle to childhoods, his protagonist being a lovable, ten year old boy growing up during the Northern Irish Troubles. In just one chapter we were able to feel the book’s warmth and humour while at the same time experiencing its controversial backdrop.

A huge thank you to our readers and all those who joined the audience to support them. Our next MIRLive event is Friday May 13th – Hubbub has set a high bar!