to: my partner, who is ignoring me on a Tuesday.

this is everything I’m too scared to tell you.


I don’t want to be the reverse of your ex-girlfriend.

I want to be my own person.


I’m currently being bullied in one of my other classes

they’re calling me names like faggot, bitch, and shemale.

and, yeah, you're right, I shouldn’t use the actual slurs in the poem

and it’s not fair

that I’m not one of those cute transgirls on tumblr.

the kind that boys send to each other

to trick them into thinking that they’re gay.

I'm not ashamed to admit that I'm a Christian,

if you like someone who is trans, it doesn’t make you gay

or straight or anything, you’re just a human.

but you don't need to be in the pew every Sunday

to know there's something wrong in this country


they all use my dead name too, so fuck them all.

when gays can serve openly in the military


in an ‘anonymous ask’ someone told me I’m too ugly

to be either gender, and I’ll never forget it

or pray in school.

one day I’ll find the anonymous, and point at them

so hard and with such force that quantumly, something messes up.


I’m jabbing at them over and over and my finger is at light speed.

And I'll fight against liberal attacks on our religious heritage.

I’m alive and it hurts and I love it

fuck all of my followers and schoolmates

I’m going to get the weird bodymods

to fuck up my parents' relationship for good.

that we’re just one gender.

Faith made America strong. It can make her strong again.

None of them use my real name

not one. It’s only been said in the mirror

One day, I’ll be the first trans woman in space.

I’ll hunt out the queer stars and throw them at earth and scream,

fail all my SATs, over and over until my mid-nineties.

this is a draft, I’m going to ctrl-a and delete it and cry

and I approve this message. 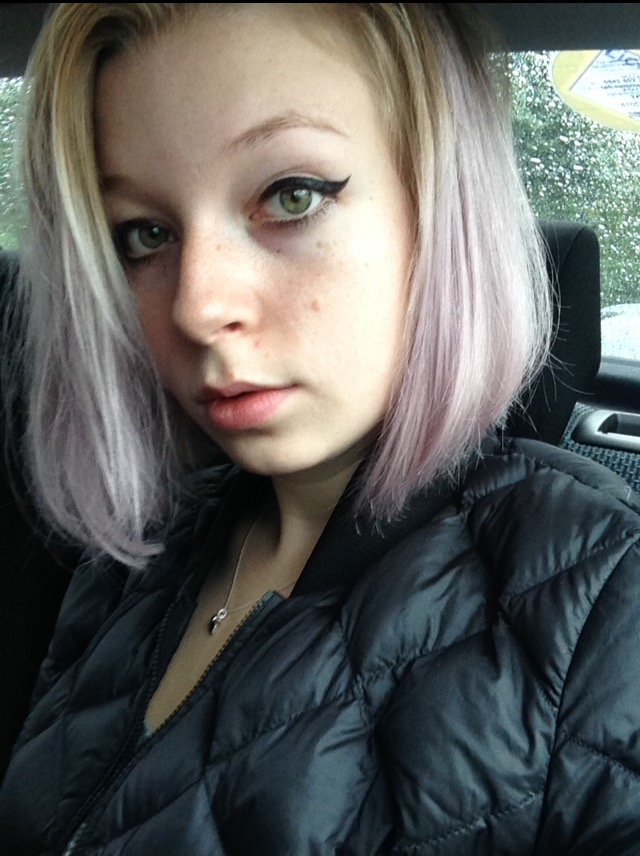 Madeline Reeves was born in Brooklyn, New York but grew up in a desolate suburb of Dallas, Texas. She is a first year student at Birkbeck on the Creative Writing and English BA. She enjoys the simpler things like sleeping, and eating too much with her partner.