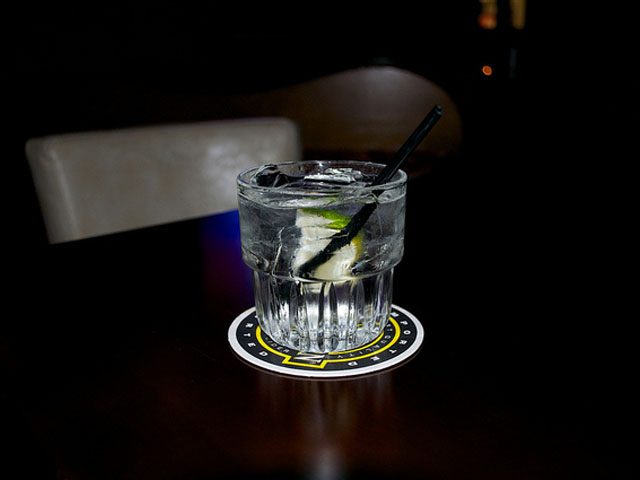 Ben was only supposed to be paying the bill, but he never came back to the bedroom, and there was no sign of him now as Rachel strolled through all of the public areas of the hotel, forcing herself to keep smiling. No sign of him. No sign of her. The whole, empty, frost-white expanse of the nine-hole pitch-and-put course was clearly visible from the drawing room windows, and he wouldn’t have had time to make it down to the lake. Rachel could go to the room to wait, but that would be worse. Instead, she slipped out through the front door, crunching over frozen lawns, to the side of the hotel and then the back. Ben wouldn’t be here either, of course, amongst the fire escapes and wire food crates and weeds growing through concrete, but she’d give him the benefit of the doubt.

It took some time to walk the length of the back wall, picking her way through the detritus of the hotel’s industrial backside. At the far end, a sheet of render had slipped from the masonry like sloughed skin, and frost crystals had collected along the sheared edge. Stepping round it and turning the corner, Rachel found herself beside the black tarpaulin of the hotel’s outdoor swimming pool. It had seen better days, she’d forgotten it was even here. The ladder was buckled on one side, rusty, and blooming with frost flowers even where the chrome still remained. The cover over the pool’s surface was bleached and stained.

She stepped closer now, tiptoeing around the striped aqua tiles that framed the pool, pausing in front of a leaf net and – tipped from it before it had been dropped – a collection of dead things. Disgusted but drawn, she sifted this frozen flotsam with the toe of her boot. Frosted lumps that might have been wasps. Butterfly wings, grey and shapeless like newspaper left in the rain. Something too long to be a mouse, its body barely thicker than its tail now, with the fur frozen to its skin. She pulled her coat closer, exhaled twin streams of steam. There was a smell of mildew, and cat shit, and something wrong: perhaps it was that furred creature, whatever it was, as it warmed in the pale glow of the winter sun.

Rachel stamped her feet. She was about to walk on when she noticed the pool’s cover had been pulled back at one corner. Underneath, a layer of waxy, opaque ice had clogged white around the legs of the ladder. Green beneath; deep green. Then, leaning over, frost snapping at her palm as she gripped the ladder’s curve, Rachel saw there was something there. In the ice. Two solids, each the size of a hand. She crouched, waiting for her eyes to adjust to the shadow of the tarp. The edges resolved themselves into an outline of spines, of pointed noses, clawed feet. Two hedgehogs, inches apart and head to head: frozen. She imagined a cuboid cut from the ice with a saw; those two creatures, in freeze frame. Ploughing the solidifying water at the moment of death, their soft undersides as fur-sodden and limp as the butterflies’ wings.

Nauseated, she turned away. They’d visited the hotel once before, her and Ben, but it had been late spring then. Too cold for the pool still, but she had a memory of the water as blue-clean, nothing like this place of death. Ben had been at his fulsome best that weekend, charming everyone. Holding her hand as they waited to check in. The hotel manager, a wiry man with one broken eye, had taken a fancy to them at once – to Ben, anyway – treating them in his dated way, with complimentary sherries, and a table saved near the congealing trays of the breakfast buffet.

Rachel had found the hotel odd, old-fashioned. Ben had liked it, and they were not long married, so it was enough to be together. She remembered walking through fields of fattening lambs, and further, to the edge of a reservoir that was belted with the hooped arches of a brick-built dam, like something from a film. They’d climbed alongside streams thick with huge pebbles. His hand had rarely left the small of her back. Once, they’d made love on a wooded hillside, amongst bruised daffodil stalks and the white stars of the wood anemone.

This time, arriving late and crabby, they’d stood a little apart as they waited at the reception desk. Waiting for the paperwork to be completed, she’d looked up to find Ben staring at a woman on a sofa in the hall.

‘Busted,’ he’d said, laughing, when he realised he’d been caught out. It was what he said about women in magazines – they were both allowed one free pass, he’d announced too early in the marriage – but he’d never said it about flesh and blood before.

The woman had been all in black, something big and gold around her neck, and the man she’d been with seemed older, withdrawn. Later, in the bar, she’d been there again. It had been Rachel who’d suggested going down early, thinking they’d have a cocktail before dinner, remembering too late that the menu didn’t stretch to that. The woman had been alone this time. Her husband had been called away on urgent business, she’d said.

‘Don’t I look silly,’ the woman had said. It was a special occasion, and now, alone for the evening, she complained of feeling overdressed. Rachel had watched Ben watch the woman smooth the silky fabric of an evening dress over the gentle curve of her waist; had felt the pinch of her own trousers. Pregnancy had made Rachel fat, but not because she had a baby inside her. Clomid and gonadotrophins, agonists and antagonists, tablets and jabs and gels; a seething mass of drugs that had clogged her system for months. She’d pushed around the last piece of ice in the gin she shouldn’t be drinking, reminding herself for a moment of the single, frozen embryo which represented their last chance.

Rachel came to the last corner now, which took her round to the front of the hotel once again. They should never have come. This wasn’t a place well-suited to winter. Even under the frost, the mini golf course had been thick with leaves when they’d crossed it yesterday, and they’d found the boating lake frozen solid, a lump of dead feathers on the muddied edge. Deep potholes marred the tarmac, and rooks had congregated in accusing gangs in the tall trees that lined the car park. The hotel’s roof was patched around one chimney with a sheet of pink plastic.

It was Ben who’d asked the woman to join them for dinner last night, touching her arm as he did so, fingers tracing the skin just above the swirling cuff which cupped the flesh of her upper arm. Rachel had expected him to apologise later when they were briefly alone – it was their last night, why could the woman not eat in her room if she preferred not to dine at a table for one – but he’d shrugged when she’d complained. Up close, the woman had been a little older than Rachel had realised, the finest delta of lines fanning from the corner of her black-lit eyes. She’d talked easily, throwing back Merlot in greedy gulps. Told wild stories of an international life.

Much later, Rachel had woken in darkness to find the bed shaking; soft, urgent, animal noises coming from the far side. Ben had said he wasn’t in the mood when they were undressing, as happened so often these days. They’d both shuddered as the rhythm of his hand reached its peak.

The car park was busy now: idling taxis criss-crossed the potholes, and a coach with steamed-up windows disgorged a fill of Japanese women in thin dresses. There was no sign of Ben. Rachel walked among the cars, stepping on ridges of frozen mud at the car park’s edge. Then suddenly, there he was, loading matching luggage into the boot of a taxi on the far side. In her mind, Rachel had built the woman up into a cartoon Cruella de Vil, but it was worse than that. She was softer, slinkier. More real. Her lips were subtly drawn. Her fur coat was a rich brown, its pelt grazing her mid-thigh. Bare above heeled boots, she had the legs of a much younger woman. Even in the depths of that coat, her curves showed through, and her luminous skin was pink-cheeked in the cold.

Rachel watched the woman shake Ben’s hand and then hold it a moment; there was intimacy there. The palm of her other was on his chest. Perhaps a finger slipped between the buttons of the cotton placket to the cooling skin beneath his shirt. The hotel manager looked on from the steps, smiling.

Ben seemed to sense Rachel’s presence then, and he turned and waved. He was smiling, and a stranger would have thought nothing of it, but even from here she could see the duck and rise of his Adam’s apple as he swallowed hard. The woman lifted a hand to no-one in particular, and slipped inside the cab; bare flesh swivelled on the seat, skirt inching up a fraction, as she closed the door. The taxi left at once, brake lights pulsing only briefly as it swung down under the railway bridge and away.

Rachel knew there would be a moment that night when Ben would go to the bathroom, his set-aside clothes laid out on the bed like a flat-packed man. She would be able to check the pockets if she wanted, and she knew there’d be something there. A stray bead from that gilt choker, perhaps, kept as a keepsake, or a smudge, dark as blood, on the white cotton of his collar. A number written in his messy scrawl on a corner of the hotel’s postcard. Perhaps a single hair, not Rachel’s blonde, left entangled in his wool blazer’s lapel. It was whether she chose to see it.

Rachel thought again of the hedgehogs in the swimming pool, of those creatures lifted in a chunk of ice, like flies caught in amber. Clawing towards each other in the solidifying cold. A frozen tussle, two boars wrestling even as the water turned their blood to ice, or was it something else? A male and a female? Two warm bodies scrabbling for each other, seeking something – rescue, comfort, death-defying sex – as darkness closed around them. When the chance came that night, she wondered what choice she would make.

Chloe Turner’s stories have been published in print and online journals (including MIR Online, May 2017), and two single-story chapbooks. Over the last year, Chloe has won the short story category of the Fresher Prize, been Commended and won the Local Prize in the Bath Short Story Award, and been shortlisted in both the Exeter Short Story Prize (with Piñata) and the Yeovil Prize. She tweets at @turnerpen2paper.