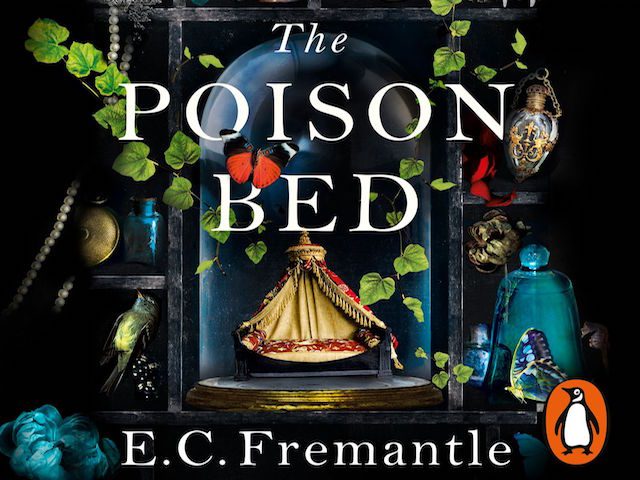 Most mornings in North West London, an attractive woman, tall and blonde, can be seen walking her much loved poodles, Tommy and Lola. She is the prolific author and Birkbeck alumni, Elizabeth Fremantle, relaxing before returning home to sit in front of her computer to work on her latest novel. With five published novels to her name, Elizabeth (or Liz to friends), has just completed her latest offering, The Honey and the Sting, to be published in June 2020 by Michael Joseph.

Her most recently published book, The Poison Bed, out in hardback in 2018 and this summer in paperback, appears under the authorship of EC Fremantle rather than the usual Elizabeth Fremantle.  Asked the reason for this name change, Liz explained it was on the advice of her publisher, Michael Joseph, to differentiate The Poison Bed from her previous historical novels and to appear more gender-neutral. Advice she was happy to accept.  Described as a cross between Gone Girl and The Miniaturist, The Poison Bed is not only an historical novel but a mystery/crime thriller, a more contemporary retelling of history than her previous books.  The Poison Bed is a real page-turner:  a cat and mouse account of one of the most notorious murder cases in the reign of James 1 by the ultimate 17th Century power couple – Frances Howard and Robert Carr – and the ultimate unmasking of one of the protagonists.

Liz’s previous novels – Queen’s Gambit, Sisters of Treason, Watch the Lady, and The Girl in the Glass Tower – are political historical thrillers set around the fulcrum of power.  They cover fifty years of history in the 16th and 17th, viewed through a feminist lens.  The female protagonists lead restricted lives and are the chattels of men – a theme which resonates today and enticed Liz to write about these real-life characters.  Each of the novels moves forward a decade, as will The Honey and the Sting, which Liz confessed she found was the most difficult of all her books to write.

After her first three (unpublished) novels were rejected, it was her current agent, Jane Gregory – now working under the umbrella of David Higham – who advised her to follow her passion and write the historical fiction which finally led to her first success.  Luck entered the picture when Liz recognised that historical novels were enjoying a heyday, led by Hilary Mantel and Wolf Hall.  The publication of Queen’s Gambit more-or-less coincided with Mantel’s Bring Up the Bodies and a wave of reader interest in the period.

Liz’s work ethic is daunting.  She is now such an expert on the period about which she writes, that research does not take up as much of her time as it did originally.  However, before commencing to write, over an intense two to three-months she reads avidly about the period, visits sites and views as much possible while making copious notes in a series of notebooks – which she never refers to again but describes as “just a process”.  When she begins writing, she works for up to ten hours a day at her computer, often seven days a week, for months on end.

Asked how she managed to survive during the interlude between being a rejected writer and a published author, Liz shrugs and admits to taking on numerous low paid jobs, chief amongst which was as a reader for a literary scout.  She found this last role tremendously helpful with her writing.  She learnt to read rapidly – five or six books a week – and to judge what worked and what did not.

Liz spoke about the increasing difficulties in writing the novels, and of setting the bar higher each time.  On what she gained from her years at Birkbeck – both BA and MA degrees – Liz referenced the importance of scrutinising one’s own work, self-editing, and mixing with a cohort of like-minded students.  She modestly confessed that success as a professional writer depends 80% on discipline and 20% on talent – with a handful of luck thrown in.  Liz obviously underestimates her own talents!

Elizabeth Fremantle is represented by Jane Gregory at David Highman.

For more information visit Elizabethfremantle.com All books mentioned can be purchased at Waterstones or from Penguin. 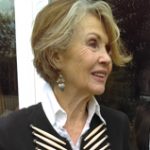 Liz (Elizabeth) is a fourth year BA Creative Writing student at BBK. Previously she worked in lifestyle PR both in the UK and in the US for almost 40 years. She now teaches yoga, dog walks and administrates an international charity. She lives in NW London with her Cockapoo, Tuppence. She has two adult offspring, a son and a daughter.