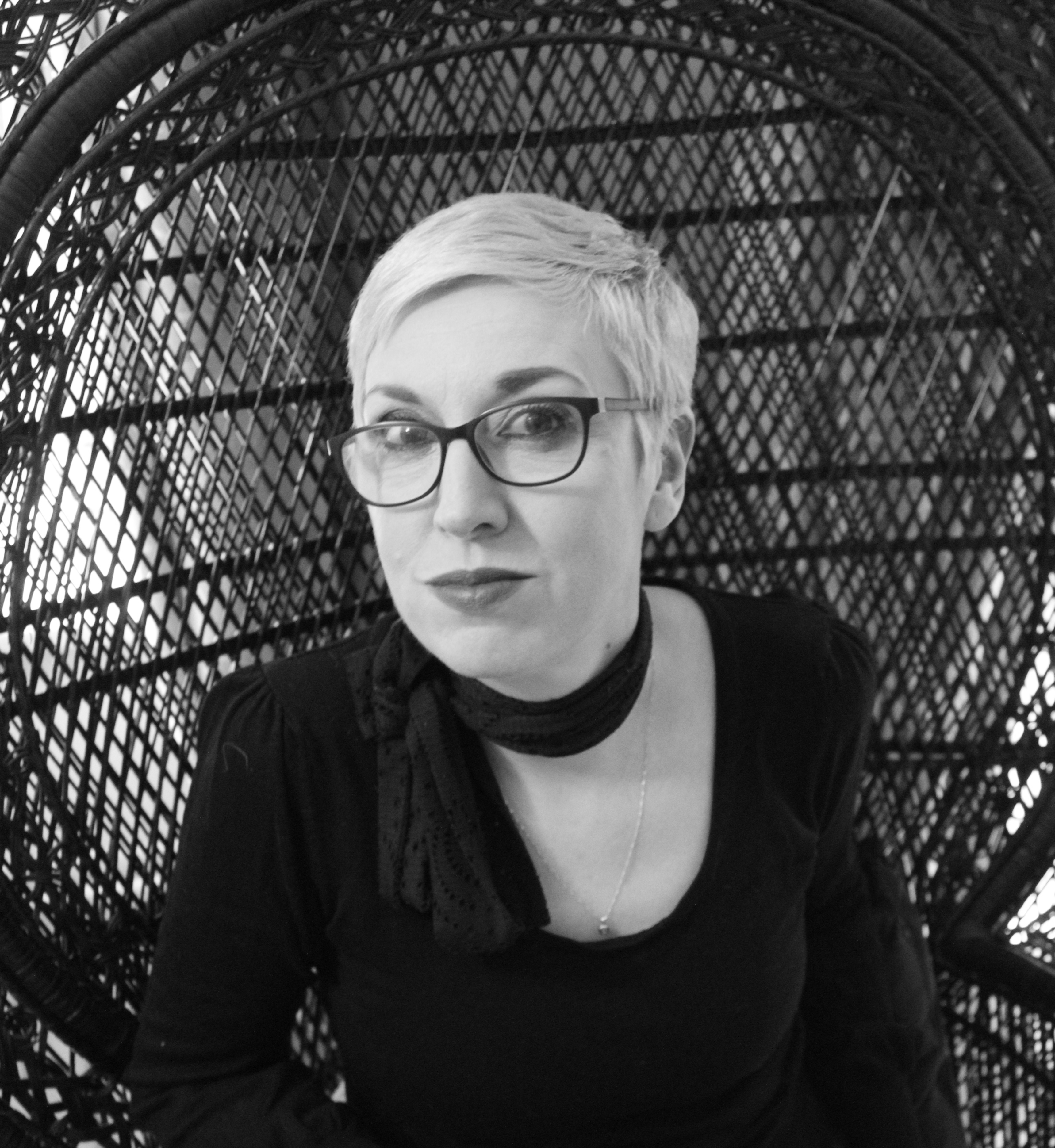 In the Acknowledgments for A Girl Made of Air, you write that “this novel began life quietly, on a short course at Birkbeck University.” Can you tell me a bit more about the role that Birkbeck played in the ‘quiet birth’ of your debut novel?

Birkbeck made me believe that fiction writing was where I wanted to go. I come from a theatre background and when I was unable to do that anymore, I started writing. Birkbeck really directed my idea that indeed fiction writing was a thing I was more and more passionate about.

I had been writing bits of poetic prose for a while but didn’t know where I was going with it. So I took this short course with the idea for a story about Marina. That course at Birkbeck is what ignited the flame in me even further. I went on to do the Creative Writing BA in a part-time course.

According to your Bio, you’ve lived in many places – Leeds, the Isle of Man, London, Paris and then back to London. How did living in so many different places influence the kind of stories you want to tell?

All of our experiences will come out in whatever creative work we do – whether it be fiction writing, theatre, screenwriting, etc. Being a foreigner is so important for everyone to experience. It is an immense privilege and pleasure to live in a language and culture that is completely alien to you. To be steeped in that in that culture and sort of adopt it is a beautiful and wonderful thing which always goes on to inform whatever creative process you engage in.

Why did you choose to make New York City, particularly Coney Island, such a significant setting in A Girl Made of Air?

When you’re growing up in the industrial North of England, New York is open to you because it’s in every book you’ve read, film you’ve watched, and poster hung on your wall. It’s this magical world you feel that you know and understand and are a part of because it’s in everything. I had this passion for a place I hadn’t even visited until a few months after finishing this book.

During the writing process, I went to Google Maps and got the little orange fella, dropped him in there and walked him around to learn the topography of New York City. I spent every day walking around those streets for months and months. Google Maps really is an incredible resource for writers.

Of course, the book was set in the nineteen seventies, so I needed more than current day Google Maps. I found a load of old New York newspapers from the seventies and big paper maps and spent months immersing myself in that time and era in Brooklyn and Manhattan. I got to know the socioeconomic situation as well.

But I’ve always had a fixation with carnivals and, as they used to be called, ‘freak shows’ or ‘side shows.’ I’ve always found the aesthetic fascinating. And of course, Coney Island is the epicentre of that world. You can’t get away from it if you’re interested in the carnival world.

You don’t abide by a traditionally linear narrative. Why did you choose to deviate from a straightforward narrative and what strategies did you implement to accomplish creating such a complex timeline that doesn’t overwhelm the flow of the narrative?

The timeline was really hard to work out, actually. It got really complicated. It goes through the lifespan of a human being. But the timespan was originally a bit different. My Editor wanted me to make the figure of Mouse, sitting in her apartment on Delancey Street, slightly younger than I’d had her, and so I had to change my timeline a little bit. It’s just one of those things – maybe the publishing industry prefers younger women.

I think many industries seem to prefer a version of both women and youth that is unrealistic and unattainable.

Yes, exactly. I really liked this idea of jumping across time and space. One of the texts my tutor at Birkbeck recommended for me was The Tin Drum by Günter Grass. I got one thing from it in particular: the person relaying their life to the reader is anchored in one spot and one time. A very solid anchor from the middle and all of the stories bounce off. This is why Mouse is in the apartment on Delancey Street, so I could anchor her down. The anchor point gives the story a place to begin and end from. Having her in that room, where it all begins and ends, allowed her to go anywhere from there.

Birkbeck played a big part in helping me believe I could do that. I did many different modules in my four years there – fiction, screenwriting, poetry. Most of my assignments from the end of year one were bits of this novel, chapters really, including the dissertation. It wasn’t a very organic way of writing – it was very bitty. Having the idea of an anchor made it very easy for me to piece together self-contained pieces and assignments into one larger piece.

It’s wonderful to hear how instrumental your time at Birkbeck was for the creation of your novel and the development of such beautiful, unique writing. Performance plays such a large role in A Girl Made of Air. So, I’m curious as to how you feel that your time in the theatre industry influenced your writing.

Performance has been my entire life. I started in the theatre at nineteen. I had been working in the world of performance pretty much my entire life. By my mid-twenties, I was less interested in the work of an actor and more in devised work. I was writing stories to create performances. My work in theatre informs all of my stories because, again, performance is where all storytelling was born for me. I wrote whole universes within those plays – which were never meant to be read, but performed.

I didn’t start writing until the age of thirty-eight / thirty-nine and went to Birkbeck at forty. I feel like fiction is where I always wanted to be. Writing fiction opened up this world for me that I really hadn’t thought about before. I discovered that I could put words on the page and use them beautifully – this may sound strange but I love making words look beautiful on the page. Everything about it is performative, in a way. I want the reader to look at the actual syntax, sentences and look of the page and see a beautiful thing. Not just the story itself. There are two parts to it: the storytelling and the element of its physicality.

Mouse seems to be presented as an unreliable narrator and doesn’t allow the reader to lose sight of that. She constantly throws in these little comments about how she might not be remembering something as accurately as it may have happened and tells stories of her family’s past as memories of her own despite her absence in those moments. Why did you choose to make the storyteller of this novel difficult to rely on?

The whole book is really about stories and how we pass them on. Each person will imbue their family history into their own stories. This is a narrative about how we pass on our stories, navigate them, retell them and then tell our own stories.

So Mouse’s inherited trauma is really important to the book. It’s about passing on that trauma, those stories, and the weight of them. Mouse is absolutely, one hundred percent, an unreliable narrator. But in so many ways, we all are. Well, maybe she’s a bit more so, but it comes from a place, perhaps myself as a storyteller and performer, where you’re constantly telling stories and retelling them and things get put in there and you forget to take them out. She is an unreliable narrator but she’s not doing it purposefully to pull the wool over our eyes, she’s just regurgitating. Well, maybe she is! Maybe she is trying to make herself look better for the person listening! We don’t know, really.

Do you have any advice for the readers at Birkbeck who are working towards creating their own writing careers in these unprecedented times?

There’s no magic to it – just keep at it. In general, if you want to go into writing long-form fiction and get published, you need to be prepared for rejection and a very slow pace. Force yourself to sit there and put those words on the page because they won’t write themselves. There’s no magic spell or alchemy to it. It really is just hard work.

It took me six years to write what eventually became A Girl Made of Air and another three years to get published. Publishing is not an easy industry. My book was bought by one publishing house and when my editor left for another house, I followed her. It was tough but I’m so glad it happened because they were incredible, brilliant really. But at the time, it was stressful because we didn’t know what was going to happen. But it took eight years to get the book out there. And then when it finally got published, the pandemic happened. But the world is the way the world is and we can’t change it. I started writing fiction a decade before I got published. I’m not special. The more I talk to writers, this is quite often, not always, but quite often, the story. So I would say to people, ‘Don’t despair. Just keep going.’

Whether or not you’re special, this novel truly is. You weave so many stories into one in a way that feels incredibly natural. The decade you spent creating this book really did it justice. Reading A Girl Made of Air is truly an immersive and unique experience. Thank you so much for sharing your time with me and I look forward to your future publications.

Alexia Sereti was born and raised in Queens, New York as a first generation Greek-American. After achieving her Bachelor’s degree at William Smith College in English Literature, Alexia worked for Oxford University Press in New York City as an Editorial Assistant. Prior to moving to London in 2018, she was published in various literary magazines for both fiction and nonfiction work. Alexia is now pursuing her Master’s degree in Creative Writing at Birkbeck University of London.