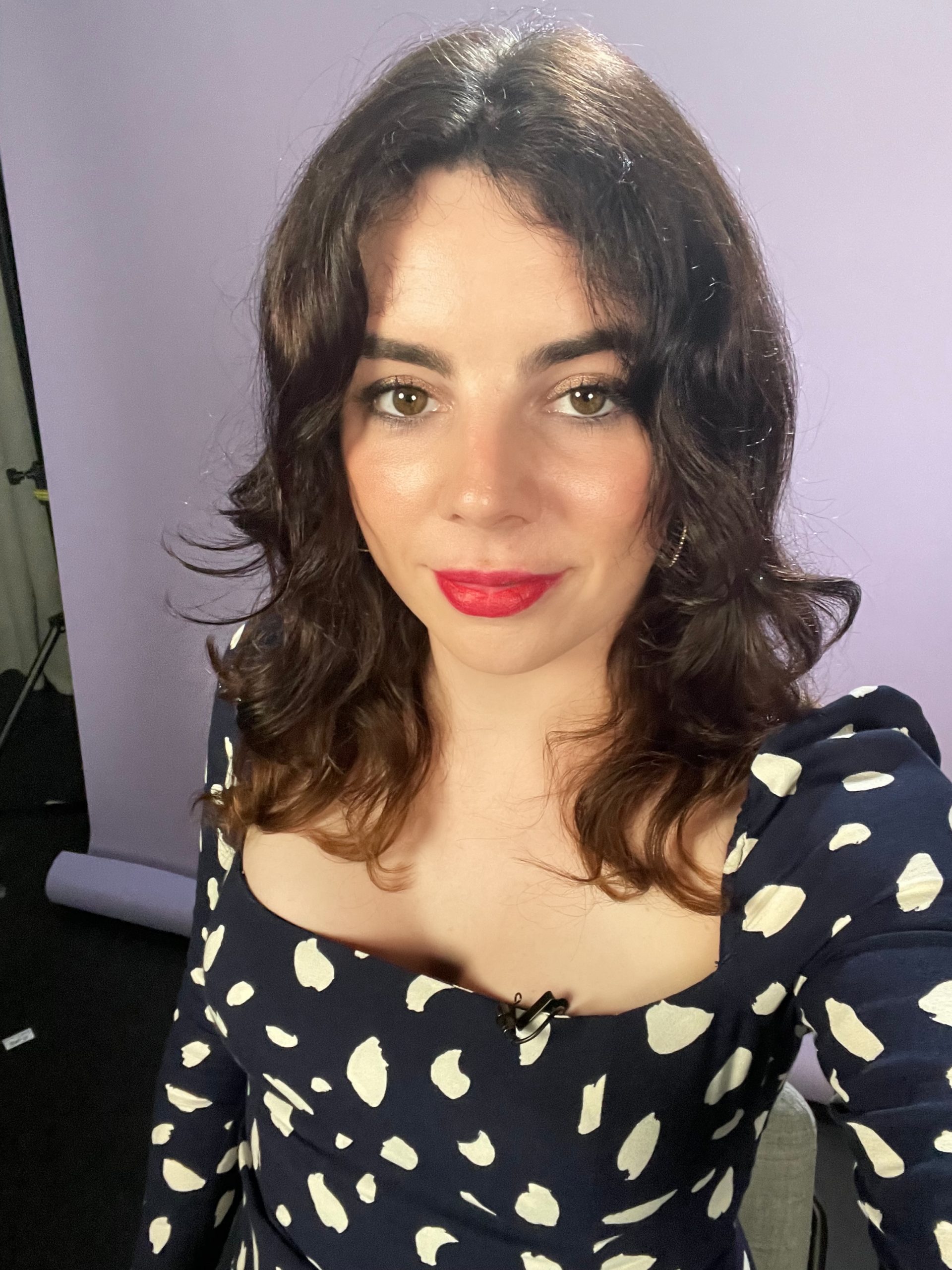 An Interview with Shon Faye, Author of The Transgender Issue: An Argument for Justice

What inspired you to write this book?

I didn’t really want to write it. I got approached by a literary agent who is still my agent and it’s normally the other way. The author goes to the agent, but she contacted me through a friend and asked if I had ever thought about writing a book and I was like, maybe, but like, I’m definitely not gonna write a book about trans issues. I just don’t wanna be pigeonholed in that way. And then I obviously ended up literally writing a book called The Transgender Issue. I think the reason being was that I was a freelance writer, like a journalist and culture writer, before. And there was such a growing hostile media narrative around trans people, particularly trans women, that it started to drain all of my energy in terms of what I was writing as a freelancer, because I just felt compelled all the time to correct misinformation or use my platform to talk about these issues. And so I kind of thought that one a book creates a different platform and a different medium to say a newspaper column or a magazine column and allows you to have the more in depth conversation you might want to have and you gain a readership and a platform that way. So some of my reasoning was strategic. And then in terms of my own career as a writer, I just felt like if you’re a minority writer and a trans writer specifically, I just feel like there’s not really much cultural space for you to write about other things until you’ve in some way addressed your identity. So for me I thought this will also provide me the opportunity to put everything about this aspect of my identity and my politics into one volume and allow me the freedom to move on and write about other things. So there was kind of a personal advantage to it and a critical advantage to it.

In your book you mention your privilege, saying that your own experience isn’t representative of that of the majority of the trans community. With this in mind, what was your goal in writing this book?

I mean the privilege disclaimer I sort of simultaneously hate that about leftwing writing, like modern leftwing writing, but also understand it. I sometimes feel like when people have to make this kind of confession of their structural privilege before they start speaking about leftwing politics it can get a bit tedious. But nevertheless, I was kind of aware that if I was going to engage in this book, it had to be addressed. One of the reasons that I was given the opportunity to write a book is that I went to Oxbridge and all that stuff. So in many ways, apart from the fact that I’m trans, I come from a very similar background to the media in Britain that I’m critiquing and the reality is I can’t undo that. I don’t think these levels of educational or class stratification that we have in Britain are just, or fair, but nevertheless I benefited from them. And so I guess what my intention was is, well, what can you actually do? There’s no point being overly remorseful or guilty for these advantages, but I guess the social justice approach is to think about how you implement them for the purposes of, well, I guess here it’s that I have a degree of platform forwarded to me or interest or publishing contract forwarded to me. And I can use that opportunity to elevate the voices of trans people that don’t typically get media platforms. So, that’s why the book isn’t a memoir about me and I tended to interview firsthand trans people that are maybe having a tougher time than me. People that are still struggling in the arena of class, for example, or race or disability. So the intention there was to elevate trans people’s voices that aren’t typically heard in the mainstream.

I felt it was important not to dumb down and oversimplify because I do feel people will keep up with you. I feel like a lot of the problem around minority issues is that we treat the majority of the population like they can’t comprehend these things. I try to introduce some basic concepts and then hopefully people will come with you in terms of growing complexity around the topic.

I wanted it to be read. When I first first pitched the book I remember I was dating a guy at the time and his parents read The Times, they were Tories. They were middle-aged, never met a queer person before. I kind of want these people to be able to read this book as equally as a young millennial.

You mention widespread prejudice and misunderstanding concerning the trans community. What do you think are the first steps to challenging these perceptions?

I think there’s a mistake in assuming that people understanding the depths of your experience is necessarily going to change things materially in your life.

I’m much more interested in where there’s structural discrimination against trans people, where there’s a material harm, whether that’s low income or healthcare inequality or pathologization in healthcare setting.

In the 20th century, you see this process where medical transition becomes more of a viable option and quite quickly psychiatry takes hold of that process and starts framing trans people as mentally ill. Saying that this is a mental health condition and these people are disturbed so that we need to treat them to stop killing themselves. A lot of that sort of pathologization has been reversed, but there’s still seeds of it everywhere, trans people as mentally unstable, they don’t really know what they’re talking about, their opinion on themselves and on gender is less reliable than cisgendered persons. Trans people experience a lot of mental health problems, but that’s because of how society treats us, it’s not because we’re inherently unwell, but I think that kind of pathologization really shapes how people view trans people. It’s quite easy to be seen as unstable or sick in some way and that’s something that I think a lot of trans people, including me, have experienced.

You argue that capitalism and the patriarchy are oppressing all minorities, not just the trans community. How do we achieve solidarity between minorities?

Some examples would be in the US in the sixties and seventies, the Black Panthers, black power movement, having allegiances with the gay rights movement. In the eighties when you had gay rights groups supporting striking minors.

One of the things that the right wing does so effectively is, because they are only consumed with money and power and confining money and resources to their small elite group […] it’s very easy for them to work together. Like the Christian right in the US is these big megachurches and then the traditional Republican capitalists and they work together so well because they have the same interests, right. Even though they’ve got quite different ideologies. And I think the left is really bad at being like, oh, you’ve said something wrong, I don’t agree with this at the moment. And I’m gonna work with you.

People are encouraged to think that their own oppression, the declining standards of living, is to do with another minority group rather than to do with a powerful elite doing it intentionally.

Is this book for trans people, for cisgendered people to understand the challenges facing the trans community or is it asking people to challenge the gender binary and their own understanding of their gender?

I was at a festival on the weekend and a trans friend was like, “oh, congrats on the book. I haven’t read it by the way. Sorry.” And I was like, to be honest, you don’t really need to read it. It’s not really for you. I mean obviously I’m glad that lots of trans people have read it. And I wanted other trans people to like it because it’s a very socialist book. I feel like there are a lot of trans liberals and a lot of trans people who haven’t quite made the link with socialist politics and I’m just as invested in socialist politics as I am in trans politics.

But it is for a mainstream audience, which is like necessarily cisgender people. It is one of those books that’s designed to turn around a public conversation. And to do that I do need to reach, I wanna say middle England, but like at least a huge wave of the population. I’m never gonna reach committed bigots, but I think there’s lots of people who flirt with transphobic ideas in their head, and it’s because they’ve never really been challenged. A book is a good way to challenge people. I think people are more likely to shift their opinions in private when they’re not feeling threatened.

Natty is a creative writing graduate of Birkbeck University. He claims to have written poetry from a young age and at one time believed he was a distant cousin of the Infrarealism movement.