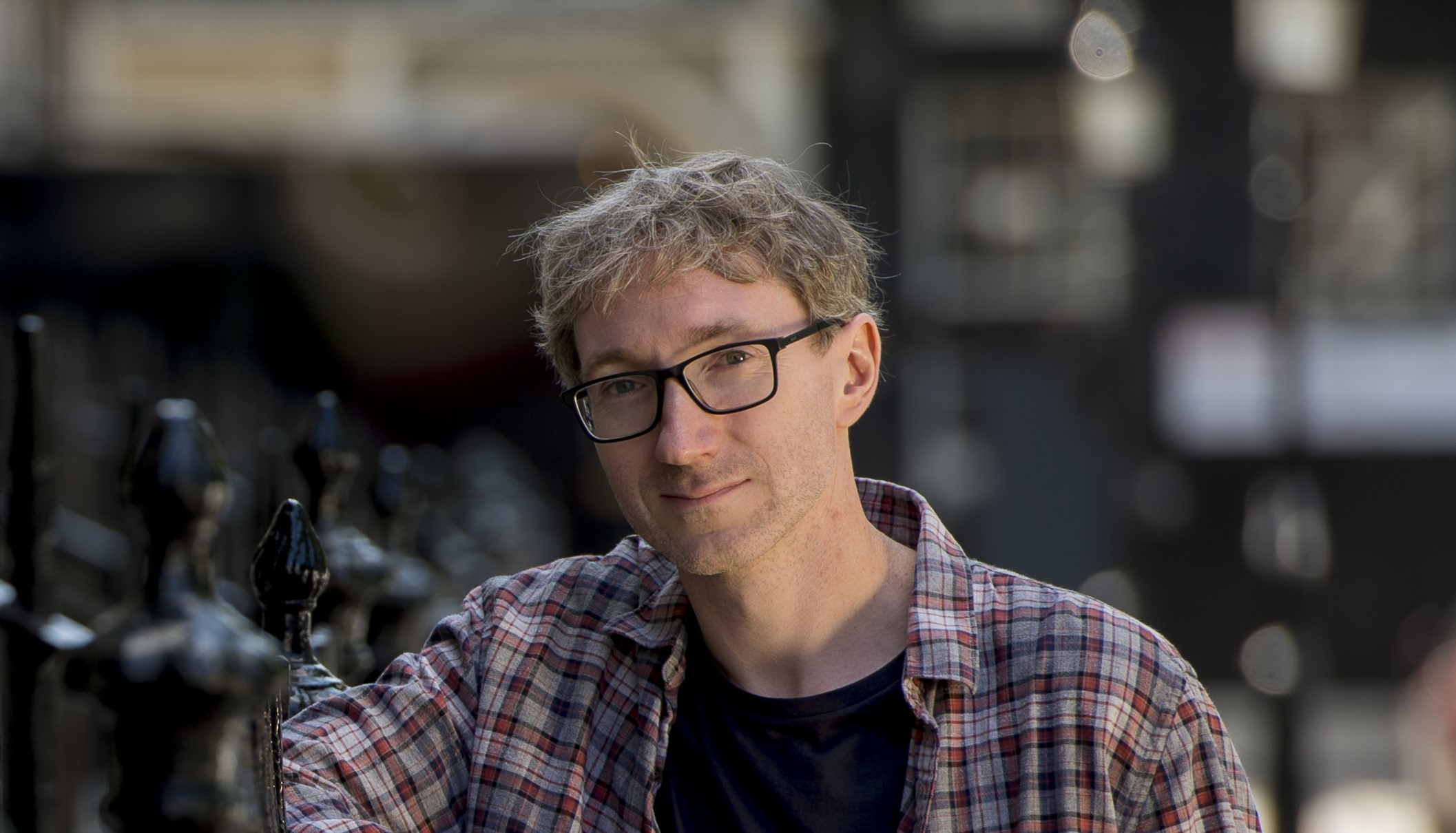 Stuart Turton’s debut novel The Seven Deaths of Evelyn Hardcastle met with great success, winning the Best First Novel prize in the 2018 Costa book awards and topping bestseller lists. An audacious concoction – Agatha Christie meets Groundhog Day – it marked Turton out as a writer unafraid of mixing genres and complex narrative. It has been swiftly followed by The Devil and the Dark Water (Bloomsbury, October 2020) a labyrinthine chiller set almost entirely aboard a 17th century Dutch galleon which sets off from the East Indies to Amsterdam, its hold packed with murderous secrets and a rogue’s gallery of passengers and crew.

“Sherlock Holmes on a boat” is how Turton himself describes the pitch he made to his publisher, keen to take a “big swing” at a bold idea. He started writing it two weeks after he’d finished Seven Deaths and found it a much more urgent process. “You get twelve years to write your first book, no pressure beyond real life stuff. The second one is hopefully where you make a career, as long as you don’t screw it up. This book is far more important to me than the first one.” Central to the plot is a mismatched pair of “detectives”, Sammy Pipps and Arent Hayes, whose exploits have made them infamous, but who now find themselves literally at sea when Sammy, the clever one, is shackled in a coffin-sized jail below deck. “I knew that I was going to do some kind of Holmes Watson archetype and I wanted to play with how that dynamic works. I don’t like Sherlock Holmes as a character very much and I knew I wanted to mess with Sammy and humble him. Initially I was going to elevate one of the passengers into the detective role and Arent would become their Watson, but then I fell in love with Arent.”

Romance also blossoms when Sara, the intelligent, but horribly oppressed wife of the Dutch Governor General risks all to help Arent figure out who’s behind the demonic derring-do and halt the rising body count. “Sara was initially in the background of the book, but the more I wrote her the more she forced herself forward into the story. She took those moments and they suited her better.” In Seven Deaths the protagonist switches between bodies at the start of a repeated day, but none of them are female, something which Turton now regrets. “When I wrote Seven Deaths I was so proud of it, but at a Q&A in a bookshop a woman put her hand up and asked me why the protagonist never jumped into a woman and it’s the weirdest thing, but I had never thought about it and I was devastated because the story-telling possibilities would have been immense. So, it was very much a conscious choice to have more women in this story and give them more agency.”

Turton is beguiled by ambitious plotlines. “I find writing really hard and I will take any distraction, so to get me to sit down in the first place I’ve got to be enthused by it. Tricky, intricate plot gives me lots of writing challenges. Working out how to layer those clues, how to make the mystery hold together. I do plan my plot meticulously with three months of historical research during which I don’t write a word. When I do start writing I hold it all in my head and never look at the plan again. What I don’t plan is characters, because I can’t see these people until I start writing them and hurling them in a room. For this book I wanted loads of bonds and connections and different types of love. This is a book about love, with a big, beating heart. And I loved the idea of having a demon as a suspect in a murder, because this period would allow it.”

The first draft was a whopping 170 thousand words, the opening third of the plot set on land, in the port of Batavia, now Jakarta, a place and time Turton describes beautifully, his background as a travel writer evident. “I worked out that it needed to be set on the boat almost entirely. The edit was brutal, it went from 170 to 90 thousand words then it crept back up to 130. Alison Hennessey, my editor at Bloomsbury, is brilliant, because she will let the story be whatever length it needs to be.” The book’s finale holds a tremendous twist, and is deliberately open-ended, but Turton says he has no intention of writing a sequel. “I like stories that feel like they started before you got there and will carry on after you leave.”

Turton grew up loving books and it was then that his ability to juggle complicated narratives was hardwired. “When I was eight our neighbour, Doris, would go to car boot sales and bring me back a stack of Agatha Christies for 10p each. I absolutely loved them and got through them all in a year. It was the first time I remember adoring a character like Poirot. That’s why you get a map at the beginning of my books, you get a board put in front of you, I deliver clues. Christie directly informed me and for a long time I wanted to just write that. I wrote one when I was twenty-one and it was garbage, just because I didn’t have an original idea. All I was doing was regurgitating her tropes, it was bad fanfic.” He walked away from it and became a travel journalist until his mid-thirties. “It was creative, and I exercised that muscle, I was very descriptive. The idea for Seven Deaths came to me on a plane and it changed my life really. I was living with my girlfriend, now wife, in Dubai at the time and I said, I’ve got to go back to England to write this, I need rain and a country house and a class system. We tipped everything over for me to write it, she was great.”
The third book is already well underway, though Turton admits it may change hugely before it is finished. “The conceit is wonderful, and I’m absolutely terrified about it and that’s how I started my first two books. I’m mixing genres again, but I don’t set out to do it. My stories seem to veer through genre and I’m just following. The Devil and the Dark Water — which has gone on to win Book of the Year from The Guardian, Daily Mail, Sunday Times, Financial Times, and iPaper and has won the Books Are My Bag readers award for fiction — was a blast to write; at the end I was writing scenes with a massive smile on my face, thinking my readers are going to love this, it’s just so much fun.”

Clare Saxby is an experienced screenwriter and script consultant embarking on her first YA novel and working towards an MA in Creative Writing at Birkbeck University. She began her career in journalism, as a researcher for BBC News, then followed her heart to work in the movies at Film Four. As a script editor she worked for an array of film and television broadcasters and as a talent scout for HBO, before co-founding an award-winning independent production company. Clare has also lectured in Screenwriting at the School of Arts, University of Kent and is a keen, if amateurish, boulderer.