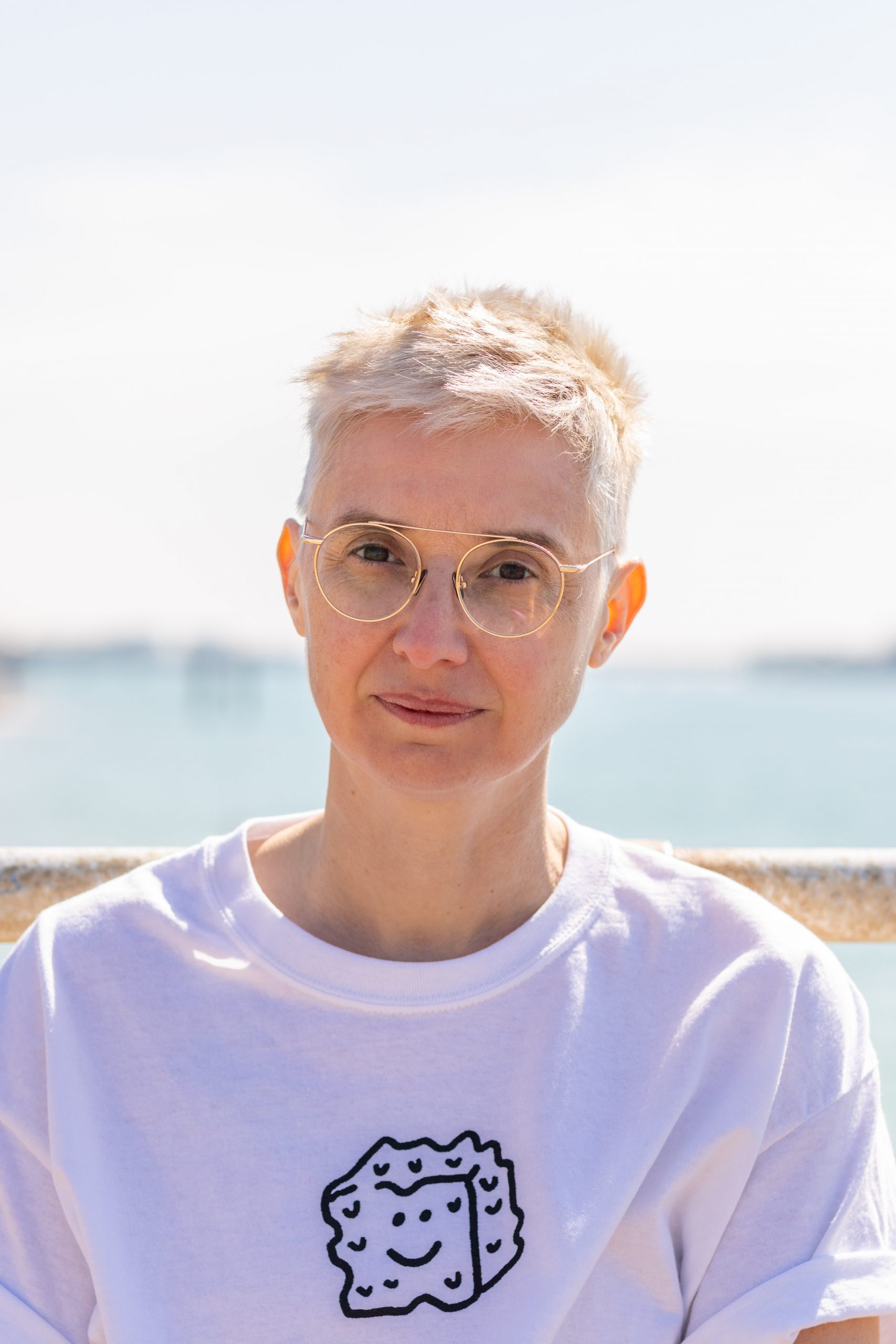 THESE GREAT ATHENIANS, Retold told Passages for Seldom Heard Voices, Valentine Carter’s debut novella gives poetic voice to the mostly forgotten and maligned female characters. A truly unique mix of verse and storytelling, Valentine explores each woman’s tale re-imagining unchallenged and unopposed ideas. And showing there is home in myths for people who exist within and outside gender norms.

Valentine recently completed an MA in Creative Writing at Birkbeck, where they are now studying for a PhD. They have had short fiction published by The Fiction Pool, Bandit Fiction, In Yer Ear. And here at The Mechanics’ Institute Review: Issue 15 and Issue 16. I was lucky enough to get a copy of These Great Athenians, the beautifully textured novella, pre-release.

Alice: Hi Valentine, thank you so much. These Great Athenians is entrancing, layered and pertinent. I’ve been familiar with The Odyssey since a child, and I was really moved discovering the women, their voices, their journeys. This re-imagining of an old world begins at how you arrived. Can you give MIR readers insight to how your writing came to this re-telling of old story for the modern world?

Valentine: Ideas tend to arrive from many different directions, but I think the beginning was a lecture I went to with Marina Warner who mentioned, almost as an aside, something about the failure of collective memory in Oedipus as a possible reading and I thought that was really interesting. Somebody recommended that I read Emily Wilson’s translation of The Odyssey because it was by a woman and it was also good. I hadn’t read the poem before because I found the Penguin translation incredibly stuffy and impenetrable, but I knew a lot of the stories. I was really amused by Penelope’s deviousness in unpicking the shroud but also quite surprised at how underwritten the women are given how vibrantly they resonated for me through the stories I had read. I think also around this time I read Pat Barker’s Silence of the Girls and was thinking about retelling the really big myths as an act of protest. All the thoughts joined up and here we are.

In a practical sense, Penelope unpicking the shroud and that so many of the women are weavers was the leaping off point to doing something constructive that involved actually writing instead of sitting about musing. I was interested in repetition in poetry and this being an interesting way to talk about the unpicking of the shroud and how time slows down while you’re waiting, so I started there, with Penelope.

A: The language takes the reader to ancient Greece. A landscape with, for me, some unfamiliar words. Yet it’s an effortless read. Can you tell me more about your research process here? And the merging of old and contemporary language?

V: I’m not a classicist by any stretch of the imagination. I learned about the myths by reading or watching them. I first knew about Jason and the Argonauts because of the film with the Ray Harryhausen stop motion animation, for example. I was talking to someone the other day about how difficult it is not knowing how to pronounce the names of some of the characters because I’ve never heard them out loud. I don’t think any of these things should be a barrier to understanding or enjoying the stories, not for me or anyone else. So, in practical terms, it was a question of getting to the point where if I felt the right word was an ancient Greek one I would do a bit of research and find it. But not in an Eton schoolboy way, I would think about the connection between the word then and where I am putting it. I think this is particularly relevant for the titles in Melantho’s chapter.

I think the choice of language, on a sentence level, goes back to the idea that we look at the past to understand the present. I didn’t want to just transport the characters into the present, I really wanted to try and make that calling back and then projecting forward possible so that when it happens at the end, and we arrive in the absolute present, it seems reasonable to the reader.

I think also it’s important to reclaim the writing as well as the women so that means not making it complicated to decipher as if it’s only for people who’ve had an elite education and speak Ancient Greek. My editor suggested that we include the glossary and I thought that was a good idea because I don’t want the need for prior knowledge to get in the way. I was not an expert in poisonous plants before I wrote Circe’s section. I’m still not, to be honest. Every hedgerow is a potential death trap.

A: Your prose makes each character jump off coloured pages – colour reflecting them and their weight under expected convention. How did colour come into this story?

V: When I wrote the first draft it had a sort of framing mechanism which used a source text that was about categorizing colours. I was interested in the idea that women are labelled in a similar way but then I was more interested in other aspects of the book so as it developed this device became too restrictive. I got rid of it but kept the sections and I think that intention is still felt somehow in the book. It was still in everyone’s thoughts when we got to the design stage as a way of helping the reader navigating the book as it has quite an unusual structure for a novel, or indeed a poetry collection.

A: You’ve made space in this telling. And it was lovely. I couldn’t imagine this story without it. Space is something as a new writer I struggle to embrace. Can you tell me about your experience using space?

V: I think it’s much easier to learn to love space by writing poetry or studying it at least, which is not to say that prose can’t be spacious, just to suggest a shortcut. I think it helps that in poetry the contract between poet and reader is such that the reader expects that they are going to have to work a bit harder and bring something of themselves to the experience. As a result, I think some poets can be braver than some prose writers when it comes to trusting their reader at first. But it is hard and I think you arrive at it by approaching it stealthily along a circuitous route. This is why the novel is in verse mostly, so there’s less heavy lifting in the sentences when staking out the territory.

The idea of space is so important in a lot of different ways. It’s quite metaphorical which is pleasing. There’s the space for the reader to think and to work out how they relate to it and what path they draw from the past to the present and into the future, because it’s different for everyone perhaps There’s my wish to create a space for me, for anyone, to think about these things away from the aggression and noise of the online space or the media. And then there’s the space to discuss and share our thoughts and experience as all different kinds of women. But mostly, of course, there is the desire to create a space for these characters to be heard without having Odysseus or someone else talking over them, or doing something worse, all the time. A safe space.

A: This book is a real treasure that will stand time. Can I ask how long the process took?

V: I tested the Penelope section out on the Spring term class of my second year on the MA and then wrote all the women for my dissertation so that was three years ago now. But then there was a long gap when I started the PhD and I wasn’t sure what I wanted to do with it. Then from when I was talking to Nobrow and we decided to work together, I think that took several months from redrafting to this version. It is dramatically different. I also had a chance to absorb everything I had learnt because the MA is a bit helter skelter and, as you know, a lot happens both in terms of writing and being a human! I do write really quickly though when I sit down, I think because I spend so long appearing to sit about doing nothing. This is when all the work happens, while I’m playing Zelda.

A: Anything else for writers hoping to re-tell an old story?

V: I think you need to really clearly know why you are re-telling it and start by re-telling it to yourself. This is what a first draft is anyway perhaps but I think the act of retelling is very much that of the story teller around the camp fire in that there’s an audience and a performance. I think that question of why tell it now is important too although you can answer that as you go along. Maybe the retelling is how you find that answer? On some level I wanted to retell The Odyssey because I didn’t like it that way it was written. Ted Hughes once said that great things are done from a desire to see things done differently and I think that’s true and a useful starting point. Stealing the stories back is also a great place to begin – I feel like a queer reading of Athena is very appealing act of rebellion. Although it’s not a question of stomping all over the source text, I think there does need to be something you love about it, because otherwise what’s the point of stealing it all for yourself?

A: Thank you for you letting me behind the scenes of These Great Athenians. It was an absolute joy to read; empowerment and hope on my bedside table… I would love more please.

ALICE HAS LIVED AND WORKED WITH AN INVISIBLE DISABILITY FOR 20 YEARS. HER WRITING DRAWS ON THIS EXPERIENCE ALONGSIDE HUMOUR. SHE IS CURRENTLY STUDYING FOR AN MA IN CREATIVE WRITING AT BIRKBECK. SHE LOVES HORSES, DOGS, LOLS AND LIBATIONS. AND SHE HOPES YOU ENJOY READING HER WORK!