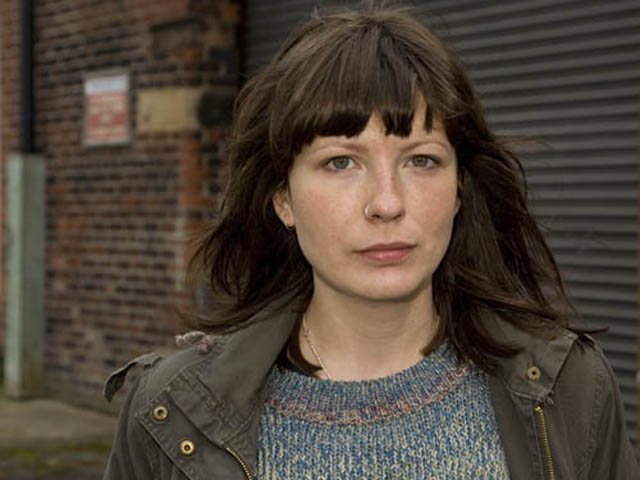 With the launch of MIR 14 featured author Jenn Ashworth talks to Lauren Miller about the potential of the short story and promoting diversity in publishing.

LM: Short stories and novels communicate differently to their readers. What is the potential for the short story, and what form do find most challenging to write?

JA: I don’t think it’s a competition – really – or the sake of a preference. As a reader, sometimes I want to immerse myself in the world that a novel has the space to build. At other times, I want the shock, the moment of a short story. I don’t think the forms are very like each other at all – short stories feel more like poems to me – more interested in the moment, in space, in silence. They seem to be all about their endings – in a way that novels almost never are. I find short stories the more difficult form – there’s the brevity, of course – the suddenness of the way they act on the reader – but I also find them great places to experiment.

LM: Do your ideas for short stories develop from markedly different place to novels?

JA: They do their work in really different ways. I’m really interested, as a reader and as a writer, in gaps and fragments – in mosaics and small pieces and fragments – in the white space between short stories, or at the start and end of flash fictions – and in how that space confronts the reader and what it requires the reader to do. That’s something you get in novels too, of course – a novel can be almost anything, and can cannibalise and transform most other types of writing – but the short story seems to be doing it more urgently right now.

LM: In your own stories, where do you find your starting point?

JA: I often start with a fragment of dialogue – with an overheard phrase, perhaps. At other times, it’s a situation, or a question. For Mrs Mackie Waits, I was asked to think about time – and I wrote a monologue meant for performance on the radio. Later I came back to the monologue and turned it into a much longer short story, because I felt she needed a bit more room. But that sense of time – of waiting, of being still, of choosing the right moment, of repenting, or reliving past moments – they all seemed to be to be themes best suited to attack in the short story.

Short stories have a really weird relationship with time and mortality – Ali Smith has written a lot about this – and in Mrs Mackie Waits I wanted to write a piece that would take about as long to read as Mrs Mackie sits in her car. A way of stretching and stopping and compressing time, all at once, which is what prose does all the time, but what the short story form does most interestingly. So I guess I start, most often, from a single moment.

LM: Your stories are often linked to childhood and adolescence, either through the voice of a character, or looking back on the past. I’m think of your story for MIR 14 Mrs Mackie Waits is an example of this. What draws you to this particular time and voice?

JA: Tim Winton – a brilliant short story writer – wrote about adolescence as being a deep well we spend the rest of our lives drawing from. I think there’s something in that – or at least, it’s true for me. That period of time when we start to emerge from childhood, but before we set and settle into adults – is endlessly fascinating for me. We act – impulsively – and sometimes live with the aftermath of these decisions for the rest of our lives. We’re also acted upon – by people in some kind of power or authority over us, but also by the culture at large, which is fascinated by teenagers. There’s something about looking back, of trying to make sense. It doubles or triples a life the way reading does too – we’re here, now, and we’re somewhere else too. All at the same time.

LM: Your story Mrs Mackie Waits began as a first-person commission for radio. Could you give an insight into the process of developing the commission into a short story?

JA: I said earlier I thought she just needed more room. In the first draft of the work, it was a monologue, and she was defensive, quite prickly – the turn at the end was more unexpected. I wanted to give her more time, more room – to include details and scenes that would hint at the way her life had been perhaps more constricted and small than Danny’s may have been. I also wanted to move away from the first person and into a close third – to get some air into the piece, to show us parts of the world she might not report to us. It’s endlessly flexible, the close third – all the benefits of first, but you can strip away some of the bluster and performance of that way of narrating, if you wanted to, and I did.

Faith and the supernatural feature heavily in your writing, I’m thinking particularly of your novel Fell and the short story Every Member A Missionary published in MIR 9. What draws you to these kind of instances?

I think that’s partly my own experience of being brought up in a very oppressively religious community, and spending my teenage years fighting my way out of it, and my adult hood processing it, or thinking about it – trying to see what was useful to me about those experiences, and what isn’t. That changes as I grow. It’s also a way of taking some freedom in writing – to use magic and miracles and faith as a way of dramatising experiences of hurt, or trauma, or reunion – internal, emotional experiences that can be impossibly hard to give to the reader with any kind of clarity.

LM: Can you remember when you first started writing stories? What gave you the encouragement to continue?

JA: Always. I’ve always written stories. Since I was very tiny. I got some encouragement from friends – and publication is its own kind of encouragement too. But I think no matter what happened I would still be doing it.

JA: There are as many ways of making a successful story as there are successful short stories – and that’s the difficulty of them – to do something new and surprising in such a tight, neat form. I think Jon McGregor’s a brilliant short story writer. Also Michelle Green – who really makes them into poetry – her work isn’t only about experience, it’s a kind of experience in itself. I enjoy Katherine Mansfield and Ali Smith, George Saunders and Kazuo Ishiguro. I love ghost stories – the weird, the uncanny. All that kind of stuff. Shirley Jackson is one of my favourite writers, as is Robert Aickman. I could go on about this all day, and when you publish this interview I will no doubt kick myself about all the writers that I should have mentioned and didn’t. Oh – Leone Ross. Her collection, Come Let Us Sing Anyway – is really amazing. I should have mentioned her first.

LM: There are now established creative writing courses, Masters and BA programmes across the UK. Do you think this has affected the nature and quality of short story writing across the country?

The short story form doesn’t pay well, and there aren’t that many places to publish it. I think universities are playing a vital role in addressing these two problems by developing a readership, publicising the short story and even creating new publication opportunities for it. I’m thinking not only of Mechanics Institute Review at Birkbeck – but also the work done at Chichester by Alison McLeod, who set up Thresholds, by Edge Hill and Ailsa Cox – a fine short story writer in her own right – in running the prize, and from Plymouth, who support The Short Story Journal. Also supported by the university is Sarah Franklin’s Short Stories Aloud performance night, and numerous other event and publication opportunities up and down the county.

LM: What more could be done to encourage short story writing, particularly for those who can’t afford costly courses?

JA: I think a course is one way to get a workshop, to get direction, and to be pushed into reading and writing in ways that you might not have tried before. For some writers, it is the best way, and it changes their process and really pushes them into development as a writer. For other writers, its less necessary – and there are literarily hundreds of writing groups, short courses, online feedback forums, reading nights, etc etc where they can get feedback and show their work to readers.

All that is in place, more or less (though I appreciate you still need time and money and confidence to access a lot of it). What I’d encourage prospective short story writers to do – first and foremost – is to buy short fiction magazines and journals, talk about the work they love, and buy the work of short story writers they admire. If everyone who submitted to a magazine bothered to buy a copy, our short story publication culture would probably expand overnight.

LM: You currently live in the north west and run several projects in this area. Has this area of England directly influenced your writing?

JA: I guess you’d say so – all of my novels are set here! I’m interested in home, and not at home. The uncanniness of home towns and the way the peculiar landscape shapes who we are up here.

LM: This year MIR received an ACE grant to take the publication to wider audiences, and with that, accepted contributions from all over the UK. How do you think projects like MIR help in championing under-represented voices?

JA: I think all editors, and all publishers, have such an important responsibility here – first and foremost, to find the very best writing and to champion it fearlessly and tirelessly. That doesn’t exclude a commitment to diversity, it absolutely and utterly requires it. We have a massive problem in our writing industry – from creative writing courses to magazines to small press to major publishers, to prizes, to the way books are rewarded, reviewed and publicised – where brilliant writers are being lost and excluded.

Lauren Miller has an MA in Creative Writing from Birkbeck. She writes fiction and was published in Mechanics Institute Review 13. Her work has been long listed for the Fish Poetry Prize and the Bridport Prize. She has a BA in Fine Art from Central Saint Martins and is the current Features Editor at MIR online.