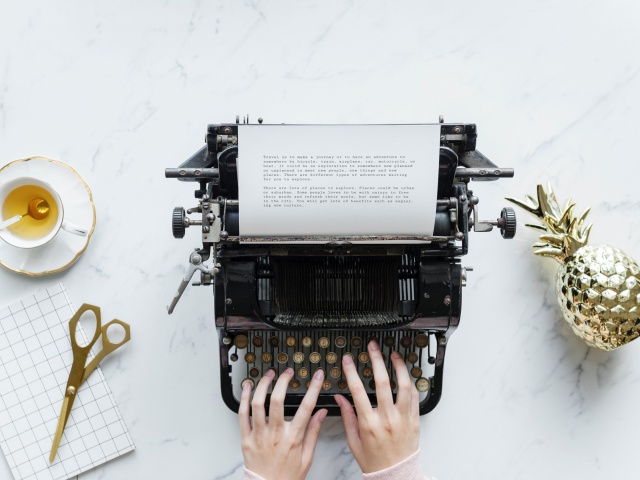 Sian Hughes interviewed Jenn Ashworth to find out more about the slightly mad idea that is #100daysofwriting and what it means for her the second time around.

100 days of writing, given the hashtag by its originator and subsequently followed and added to by participants, is simply “A commitment to turn up – whatever ‘turning up’ looks like – to the pages every day for 100 days in a row, to make a record of it, and to encourage others who are doing the same. That’s it.”

Jenn Ashworth, dedicated author of multiple novels and short stories – including ‘A Kind of Intimacy’ and recently ‘Fell’ – came up with #100daysofwriting to overcome unexpected writers’ block. Struggling with bereavement, and balancing writing with other life commitments, Ashworth conceived of #100days as a way to fall back in love with the writing, specifically the project that she was working on that first year. You can read more about the invention of the idea, and Jenn’s first year doing it here: https://prolifiko.com/100daysofwriting-gentle-productivity/

So how does season two feel for the seasoned writer?

“It feels pretty challenging sometimes, but I probably wouldn’t call it a challenge – I think I’d call it more of a promise to myself, or a commitment to my work. I don’t like the idea that this might feel like a bootcamp or some kind of productivity punishment. Gentle is the key word here. Writing one word each day is enough.

It is different the second year around – I feel more confident that I can do it, and more confident in setting the bar pretty low and being gentle with myself, especially at weekends. This year I’ve learnt that it is possible. I’m lucky – very lucky – in that my health and my domestic and work situations means it is almost always possible for me to write every day, and the reasons I give myself for not doing are quite often excuses based in fear. But I’m also reporting on what I do much more mindfully of writers who, for reasons of money, care responsibilities, sickness or disability, just can’t or don’t want to do 100days in a row, and thinking of how I could make the idea of gentle commitment accessible to them.”  And how does it change your life and your writing process?

“When I am not doing 100days I am more likely to let other things – general life admin, and my day job, and other people’s needs – get in the way of what’s most important to me: which has always been the writing. When I am doing the 100days it comes first, and I do it even when I don’t feel like doing it, and for me, there are a lot of benefits to that. I’ve written a lot – a lot more than I thought I would. I won’t share word counts, because that isn’t what it is about, but it’s more than I thought. I’m finding a lot of confidence and joy in my work this year, and that wasn’t there last year – it felt much more of a slog. Emotionally I was in a really different place.”

You initially invited other writers to take part. Is there a reason you did that, do you know everyone involved, how many people are there?

“Misery loves company. I thought if I invited other writers to join in it would help keep be accountable. I wanted encouragement. And now I love to give encouragement. The community has become its own thing – not run by me at all. I don’t know half of the people posting using the tag. I did a count on my third writing day and it was about 80 writers. I think some will have paused and stopped, other people will probably be joining in later.”

How do you feel about your idea spreading out, beyond people you know?

“I love it. I find it awe-inspiring. The way the group has a singleness of purpose, a gentleness and a commitment to curiosity and encouragement. It was a total surprise that it took off as a way of working.

I’ve learned that my feelings about my writing and my process are very similar to other writers. All kinds of writers: academics, poets, script-writers, bloggers, beginners and very experienced writers.

I think there’s a risk, because it’s all on social media, that it could encourage writers to compete with each other – which is why I don’t post word counts. I don’t want writers who just can’t write every day to feel left out or like they aren’t proper writers. I want to avoid that and I’m really mindful of it when I post about my own work and experience – that I don’t set myself up as the authority on ‘the rules’ but encourage everyone to adapt to their own needs and circumstances.

I think it would still work without the social media element – though it would be really different. What I love is connecting with writers I don’t already know. It’s hard to do that quickly and easily without a tag. Though I think my favourite social media platform is Facebook, which makes me very old fashioned, I know.”

And finally – some quickfire questions what are the main positives of #100daysofwriting?

Are there any downsides?

Performance, competition, lack of gentleness.
We’re both from the North so you know this is a crucial question:

Chips and gravy, or chips and curry sauce? 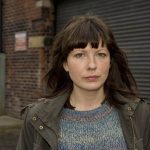 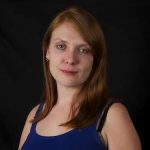 Sian Hughes attended York University to study English Literature, then Leeds – for an MA in ‘Writing for Performance and Publication’ she now lives and writes in London. She currently markets TIE (theatre in education) shows and drama workshops for children – as well as writing a novel rooted in a similar storytelling tradition. Much of her work revolves around connection to landscape, particularly that of the Northern British Isles, and the displacement or loneliness of rural, isolated people.