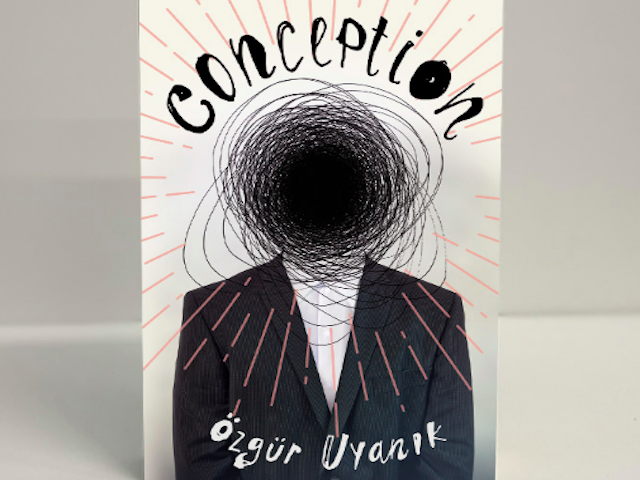 Once you’ve met Uyanik’s anonymous character you won’t forget him. I say anonymous, but the struggling artist is written with such clarity, purpose and detail that he certainly doesn’t feel anonymous. Instead, he makes a very real impression and I found myself wondering many times whether I had inadvertently missed his name along the way; you so quickly get used to not hearing it or knowing it. However, everything else you do get and you get it in beautifully intense and vivid detail.

The impression you get of the man himself is totally of Uyanik’s character’s choosing. He is highly conscious of every move, reaction and expression (both verbally and physically) narrating his story through expertly chosen language, designed to maintain the completely absorbed and inflated image he has of himself.

The greatest thing for me about this book is how the language is constructed in order to manipulate the story and the reader. The descriptions are a real treat and every word and phrase has been eloquently designed for flamboyance and elevation of character and setting. The language is elaborate and impressive, arty and sophisticated, it is a language that depicts the internal and external monologue of an individual who feels far superior in knowledge and being to anyone else. The vision never slips, not once, and a huge amount of crafting has gone into ensuring that this complicated character’s behaviour and thought processes are reliably unreliable. For the reader, there is great pleasure in imagining everyone else’s lived experience of this character. He’s blissfully arrogant, unforgivably rude, spiteful, nasty, egotistical and thoroughly likeable and dislikeable in some kind of weird measure. The metaphors are aplenty and conjure a complex, insular world, unpacked and analysed in a way that only a person with a heightened sense of superiority could achieve. As a reader I was wowed.

Being party to the split-second decision making that gets this character what he wants, justifies his behaviour, or accounts for other people’s actions towards him, is an uncomfortable pleasure. As a reader, you sit on his shoulder (if, indeed, he would allow such an intrusion) and witness the scheming first-hand. You observe the shallow, flippant internal workings of a dangerous mind, and it’s grimly fascinating. He’s on par with Killing Eve’s Villanelle. You wouldn’t want to meet these people, but it’s hugely entertaining to watch them from a safe distance. Equally, I would love to see Uyanik’s character on screen, put a face to the name we do not know, and marvel at his ability to seemingly attach and detach as circumstance and advancement of his personal objectives demand.

He is an utter psychopath who is determined to make it in the art world, regardless of what that might involve or look like. At points, it is dark yet very amusing and then the latter part of the book changes dramatically. The darkness and the depths that he is willing to go to in fulfilling his appetite for control and power make you first fearful for him and then for those around him.

At first, this book appears to be about art and identity. Uyanik’s character is struggling to find his ‘place’ where three separate places compete for his attention and loyalty: Turkey where he was born, Britain where he was raised, and the art world where he has thus far failed to find a significant foothold, despite his mother’s dogged attempts to push and support him. On this note, there is a strong ‘family’ element to the story. This struggling artist attempts to seek recognition and approval from his parents because he desperately wants them to be proud. It seems he might go to any lengths.

I thoroughly enjoyed this book and would read it again. I would highly recommend it to others too and, in fact, I already have!

Jess Sturman-Coombs is in her final year of the MA in Creative Writing at Birkbeck. She’s also a content writer, has self-published a number of novels, is a qualified teacher and creates and runs writing projects in schools. She LOVES social media: Twitter @JessSturman. Fecebook: @JessSturmanCoombs