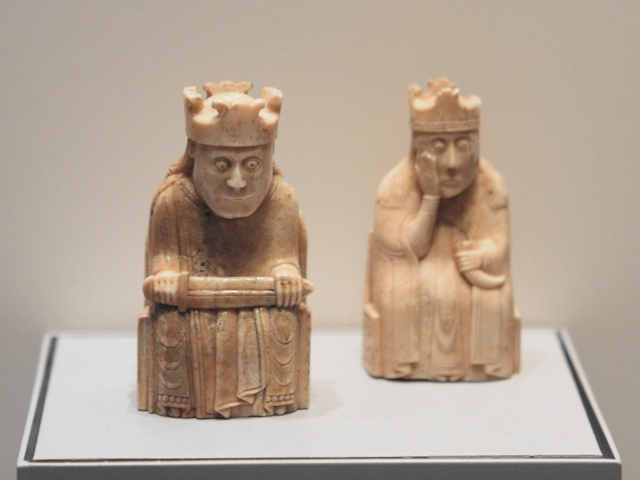 And not a Fischer or Spassky among them –

fruit of the walrus or the whale, whose final

unanswerable move at time’s hand was to

checkmate on a beach in the Isle of Lewis

on his oss oss wee oss like a prop from a

scandi panto; the bishop boggle-eyed at

a sheela na gig or green men in his choir;

vikings might raze the board; and then the kings, who

are taking it one step at a time, sceptres

decommissioned, but scowls active, two of them,

who’d guessed that after seven hundred years they

for the B-team… And no time, any of them,

to turn and even notice how those three queens

were simply shocked by it all, each touching their

that stared down the future, saying: one of us

at least could have taken that flight to Iceland.

for the baize of a

today what I pick

is one that pricks

me out of a habitual

for Christmas as we

But seeing them in

the aisle and through

to this shortest day,

kings of the year 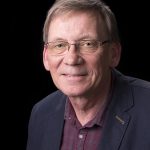 John Greening is a Cholmondeley & Bridport winner: his recent books include To the War Poets,(Carcanet), editions of Blunden and Grigson, Heath (with Penelope Shuttle), an Egypt memoir and the anthologies, Accompanied Voices and Ten Poems about Sheds. The Silence (Carcanet) appears in June 2019.