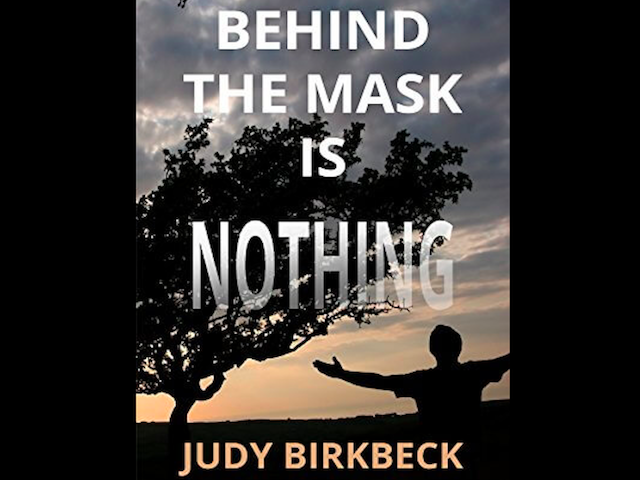 Judy Birkbeck’s novel Behind the Mask is Nothing was published by Holland House and is an exploration of the abuses of power. Here she answers questions from Samiha Hassan who is currently studying English.

Could you recall when you first decided to become a writer? What difficulties did you face in these early phases?

I wrote a weekly newspaper called ‘The Pickled Onions’ for family and friends at the age of nine, and bad romantic verses in my mid-teens, followed by a long fallow period and did not decide to take writing seriously until my early forties. With my first novel, the twenty-third agent I submitted to accepted, tried ten publishers, gave up with it and didn’t like the first fifty pages of the next one. So I scrapped it and, after another year and a half, sent her fifty pages of my next novel. She didn’t like that either, but I did, so I persisted, mainly with long fiction.

Could you give an insight into the process of writing a story? How long did it take you to complete this book?

The idea germinated in the early noughties, I wrote one-third of it, about two sisters and an abusive father who attend a workshop in a cult. Then I realised it should be two novels – one about abuse within the family, which became the work-in-progress called Belshazzar’s Feast, and Behind the Mask is Nothing about cults. I did not get to grips with starting the latter until 2008 when I did an MA in Creative Writing at Exeter. Five years later I finished it. Not finding the right beginning can stop me starting to write. For me, a good first line can trigger all the rest, and I rather liked this one: “‘Right,’ said Stef, although things were not right at all.” I’m not sure why I didn’t end up choosing it. I struggled massively with creating the main characters and kept changing them; also, as I knew that ten or twelve differentiated characters would have to appear together repeatedly in the cult, this meant introducing them one by one. I converted the whole thing from 3rd to 1st to 3rd to 1st person, always doubting which was better. Most people recommend writing a first draft from start to finish without editing, but I prefer editing as I go along, as it helps me to consolidate the characters – I learn more about them from what they say and do, especially in relation to each other – and every time I altered a facet of character or occupation or gender etc., I had to go back and alter everything that those aspects affected. But about one-third or one-half of the way through, things began to flow more and I no longer had to go back so much as the characters had finally become established. The whole process is both painful and satisfying, though doubt always comes flooding back.

As a novel based on the abuse of power, apart from using Nazi Germany as a source to present this abuse, are there any other sources that have inspired you to write this story?

I belonged to a cult-like group for over a year, though at the time I did not recognise it as such. In the journals I kept at the time I frequently wrote things like ‘Isn’t this OTT?’ and cursed the leader, and in group meetings I sometimes challenged him. This did not go down well! But in the end it was probably my saving, because any kind of criticism was unacceptable to leader and followers, so I was marginalised. I also read many first-hand accounts of cults of various kinds, online and in book form, as I did not want to use material from my own experience. They all shared the same characteristics: a narcissistic charismatic leader, unquestioning commitment to the leader, rejection of any challenges, mind-altering practices such as chanting, denunciation sessions and debilitating work routines, cutting ties with family and friends, being told what to think, feel and do, and so on.

What did you find the most challenging aspect during your writing process?

Getting started was probably the most challenging. Researching the atrocities perpetrated by the Nazis was horrendous, particularly at Berlin’s Topography of Terror exhibition and Sachsenhausen concentration camp – I visited each of them four times as it was too much to stomach in one go.

What was your main inspiration for this story?

After leaving the cult-like group and recognising it as such, I wanted to understand how I could have put up with it, especially as part of me had realised all along that it was abusive, while the other part ardently wanted to belong. I still struggle to understand why I allowed it. I believe domestic abuse has a similar pattern. Also, I was fascinated by the idea that the leader was possibly someone who started out by wanting to help other people with problems, but was beguiled by their gratitude and admiration to which he became addicted. In other words, a very needy person. Not only do I believe this is most likely, but also it helped me to empathise with the cult leader in the novel. Shame at having been so stupid as to fall for it is a common reaction in those who leave a cult, yet from the accounts of ex-cult followers I have read, I gather that many are highly educated and far from stupid, and that was so in the group to which I belonged. Since all the people in the room believed it was a good thing, and they all seemed intelligent and pleasant, I had to question whether they were right and I was wrong, whether I was missing something. The whole experience undermines the very foundations of personality.

You were born in London and currently live in Yorkshire. Have these two different areas in England influenced your writing?

The dull London suburb where I grew up probably played no part. Later I lived more centrally, particularly in Hackney and Covent Garden, and absorbed the buzz and diversity, which influenced another, as yet unpublished novel. Another, also unpublished novel was inspired by my experiences in a Yorkshire town where I lived.The Dales and Harrogate provide the setting for the work-in-progress, but I think the story could take place anywhere. Other places where I have lived have also captured my imagination.For three yearsI lived on the doorstep of Exmoor, which I loved, hence the setting for Behind the Mask is Nothing.

Your novel is engaging as you draw two storylines together and interlink them as one. What methods did you take to create such an engaging piece?

I invented a problem between Stef and her husband which led them to seek help, plus a problem with Stef’s new boss which left her out of work and vulnerable, and an affectionate relationship between Stef and her grandmother Hilda who grew up in the Hitler Youth and believed in it at the time. Much of Hilda’s story is in the memoir she is writing. I knitted the two storylines together using objects such as the picture given to Hilda by the hermit, the fire hydrant cover and the crossword and the cathedral window which suggest Nazi symbols, letters from Hilda’s father, the amber from the Baltic Sea, and the power of communal singing which influences both cults. Even after Stef moves into the commune, she still visits and writes to Hilda and Hilda comes for the weekend, which helped to draw the two storylines together.

What do you think makes a successful story?

Not sure I’m best qualified to answer this, but for me, the most memorable stories are those with believable, relatable characters. I like “good” writing/use of language and a thought-provoking concept. I think if a story is written with passion, this will come across, and an ending that peters out may ruin it.

How was your novel received by publishers?

I tried an inordinate number of agents first, to no avail, then six small presses, and struck lucky with Holland House Books, who did a wonderful editing job, pointing out where certain poignant moments needed more depth and suggesting various instances in which I could curb my excessive use of figurative and flowery language and hence teaching me to be less flowery. I had to laugh because I had already taken out about two-thirds of the similes before submitting.

Did studying German at university as well as working as a translator assist in writing your story?

Yes, I was able to read first-hand accounts by former Hitler Youth members and by victims of the regime in the original texts, and watch Hitler Youth films for brainwashing young Germans.

Do you think the abuse of power is a cultural phenomenon limited to certain groups, or is it a widespread phenomenon?

Widespread. I grew up hearing the narrative that fascism such as in Nazi Germany could never take hold in Britain. I doubt the truth of this. There but for fortune. Stanley Milgram famously devised an experiment in which 26 out of 40 subjects obeyed instructions to administer electric shocks of up to 450 volts (or so they believed) to a subject behind a wall whose screams they could hear. I once saw the original video of this experiment, which reminded me of my own compliance with cruelty or at least silence on witnessing cruelty in the cult-like group.

I tend towards pessimism. We could implement more laws and regulations, but a change in underlying attitudes, e.g. towards women, children and other species, would take more than a century, by which time the planet would be uninhabitable.

Pieces of writing often communicate different things to different readers. What one message do you aim to portray to your readers through this book?

I wanted people to see that anybody in a transitional or vulnerable state could get caught up in a cult. I may have failed, as at least one person I know thinks he never could. 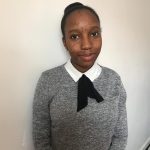 Samiha Hassan is a Year 12 student currently studying English Literature at A-Level. Her ambition is to continue pursuing her love of literature at university level. 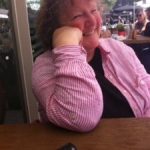 Judy Birkbeck has a BA (Hons) in German and French from Reading University, and an MA in Creative Writing from Exeter University, and works as a technical, legal and commercial translator from German, French, Russian and Spanish. She was born and bred in London, and lives in Yorkshire.