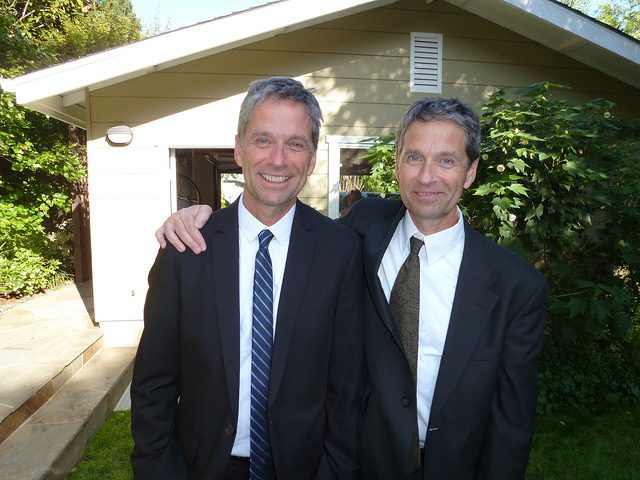 Size had never been a concern for Le Petit Robert. When he met his long-lost twin Little Richard (non-identical but close enough), it was eye-to-eye; the pair stood at an equal six-foot-six. They had grown in tandem on opposite sides of the Channel, picking up their respective nicknames when their altitudes had yet to peak.

Their first rendezvous at Paris Gare de Nord struck each with a sense of the uncanny strong enough to produce a mirror ‘Good God’ and ‘Sacre Dieu’ at exactly the same moment. Richard waited expectantly until Robert offered to courier his valise to the taxi.

Le Petit Robert embraced his fiancée awkwardly in the doorway. Little Richard, stepping forward unbidden, kissed her left-cheek right-cheek left-cheek right-cheek until he was gestured to stop. They took tea in the dining room and Richard explained, whilst pushing a soft madeleine into his mouth, that he was seeking employment.

‘And how is your French?’ Robert asked in English.

Following a night of polite conversation too vacuous to be called ‘discussion’, Robert escorted his brother to his offices on the bank of the Seine. On Robert’s desk lay an open manuscript of his fiancée’s latest book (Mort Subite: L’evaporation Inevitable de la Langue Francaise by Dr. Renée Fénéon), a romping treatise on language extinction which Robert had just finished translating into English on behalf of the publishing house. Richard left a tobacco stain on the dust jacket as he plonked it back on the blotter and followed Robert to the manager’s office.

‘I am right in the knowledge,’ the boss’ accent implausibly Parisian, ‘you speak no French whatsoever?’

‘Rien. Rien de rien…’ and the boss chuckled as Richard slipped into a mock chanson.

Their laughter mingled over the quiet hiss of Le Petit Robert deflating in his chair.

At a desk of his own, Little Richard was handed a telephone, a directory of British book suppliers and a copy of Sudden Death: The Inevitable Evaporation of the French Tongue. Bristling with pride and exorcising his most professional RP, he sold one hundred thousand units and then broke for lunch. Overhearing his manager’s commendations, Robert noticed that he seemed to have shrunk by several inches. Putting it down to stress, he immediately went home to drink cognac.

Over a succession of suppers, seated ménage à trois around the extended table, Little Richard described the proposed absorption of Sudden Death into the British academic syllabus with Shakespearean verbosity. Dr. Fénéon responded with repeated bouts of applause, coupled with swoons and chesty heaves. Le Petit Robert listened patiently, night after night, and watched as the potato dauphinoise on the table grew increasingly out of reach.

One afternoon, as Robert was adjusting the height of his swivel-chair, he heard a yelp from the manager’s office and leapt down to investigate. A word was oscillating between the boss and Little Richard in a rapidly-rising pitch.

It seemed that Little Richard, releasing a musical ‘hooooo’ in homage to his American namesake, had secured a deal which would unleash Sudden Death United Stateside. The gleam of new money sparkled in their manager’s eyes as he jingle-jangled a key from its chain and presented it to Richard. A key to the office. Robert had never received one. Dejected, he made his way back to his desk and stretched his fingers over the keyboard. He knew that at one point he had been able to key left-shift and zero simultaneously. Now, his pinky finger barely reached the letter I.

One evening, amidst an excruciating jumble of titters, the doorbell gave Le Petit Robert a welcome release from the dinner table. As he reached the front door, he realised he could no longer place his eye to the peephole, and so was unable to anticipate the sheer, unfeasible lankiness of the pizza delivery boy on the other side. Pacing back to the dining room, he heard the conversation inside fall silent. From the postures of the empty-bellied, he could perceive that some sudden movement had just occurred.

‘Well,’ Dr. Fénéon tittered in English, ‘you’ve always been Le Petit Robert,’ and Richard laughed despite being unable to contextualise the joke.

Robert consulted a measuring tape. There was no mistaking; he had shrunk to five-foot-three. Now, when he conducted his hourly tête-à-têtes with his twin, he found himself staring up into two ominous black nostrils.

The change in the atmosphere of the office was at first imperceptible. It took Robert several weeks to notice that whilst the temperature, light levels and general feeling of foreboding had remained at a constant, the frequency of English usage had been steadily accelerating. Fellow Frenchmen now waved to him a neat ‘Good day’ as he entered the building; others offered a ‘Hi’, even the occasional ‘Howdy’. Heading out of the office, an intern had left him dumbfounded with the esoteric ‘T.T.F.N.’, which even as a chartered translator he could not untangle.

The root of these Englishisms was obvious; Richard’s popularity was flowering unimpeded. It did not seem to bother the staff that his French had not progressed past ‘Merci’, ‘Bon Appetit’ and ‘Comme ci, comme ça’ – nor did it bother the office floozies (from whom the giggles dripped without restraint), nor the waitresses (from whom the drinks flowed chequelessly), nor even Dr. Fénéon, whose tabletop glances grew cheaper and cheaper in their blatancy. Le Petit Robert was forced to watch as this alien tumour drew all power towards itself and left poor, shrinking Robert in the dark.

By winter, he was unable to reach the light switch unassisted.

At three-foot-three, Robert now occupied a child’s seat at the family table. Dr. Fénéon had explained to him that she and Little Richard had been making love on a regular basis ever since their trip to New York; with Robert’s own diminished stature it was unreasonable to assume that any form of engagement could continue.

A discussion took place, without Dr. Fénéon, but Robert was barely involved. Richard concluded his argument, after an hour’s kind condescension in the shadow of the Arc de Triomphe, with a sincere ‘C’est la vie’ that Robert would just have to accept. A flash of Napoleonic fury followed, a chase, and Richard sped away, at a brisk but even walk, down the Champs-Élysées.

Special adjustments were made to Robert’s furniture at the office. He found himself bonding with a dwarf whose railings and elevator buttons he now shared, but this camaraderie collapsed when he sank below the two-foot mark and officially became the smallest man in Paris. His manager allowed him to continue working, but being aware of Robert’s personal situation he removed all involvement with Dr. Fénéon’s book to Little Richard. The new couple’s trips abroad were suspended, as at least one of them (partner or brother) had to be in Paris to mind Le Petit Robert. He depended on them for every household need, and could no longer go outside alone for fear of being carried off by large birds. He began to perceive resentment in the home. A stand would have to be made.

One morning, he stood on his swivel-chair and drafted an open letter to the people of France, addressed first to the editor of Le Monde. In it, he raged against the slow death of their native French, the portentous appeasement of business English and radio-friendly American, and the vile concession of Eurovision entrants to a language not their own.

As a gesture to his once-fiancée, who now only met his eyes when fixing him into the baby seat in the car, he advertised Sudden Death as a primary source.

The advertisement, and the polemic that nodded with excessive good grace towards it, was never received by the people of France, only by an anonymous slush-pile lackey at Le Monde, who apologised for the letter’s unsuitability with a simple ‘But what can you do?’.

Le Petit Robert was in serious danger of being lost like a set of keys. As his size began to be measured in inches only (and not even in centimetres, which he would have preferred), the threat of being trod upon became unavoidably real. He refused the sling which Little Richard had bought especially, and the box-and-string affair that Dr. Fénéon had cruelly devised ‘for [his] convenience’. He refused also the little parades of Pom-Bear that were offered to him as meals. But his protestations were lowering to mute, as he could now not be heard over street noise or a car engine – could not be heard even over the gentle fuzz of the telephone when he conducted business.

At six inches tall, a new form of humiliating commute was arranged for him.

He would travel to work in Richard’s pocket.

The day eventually came when Le Petit Robert could no longer ignore the approaching truth: he was soon to disappear. His last will and testament bestowed next-to-nothing onto next-to-nobody. Money had become a moot point, since he was smaller than most currency, and his model train collection (in better times, his private pride) was now only suitable for actually riding around the green felt of his basement. He knew (being childless, friendless) that his only legacy would be the tiny note in the front of Sudden Death: ‘Translated by Le Petit Robert’. This is how he would be remembered, if he was indeed remembered at all.

It was with this feeling of impending extinction that Robert scrambled across the office floor towards the grey monolith of the photocopier. He could not simply be forgotten; he could not go unrecorded.

As he scaled the outer face, clenching his teeth under the din of jubilant British slang, he had time (the first time in what seemed like an age) for feelings. Potential regrets flashed in front of him (picking up Richard’s valise at the station, contributing his whole life to the proliferation of English, even being born) and struck a discord. Despite everything, he knew that he had always been a little man – little even in his size-eleven shoes and his former glorious six-foot-sixness; he had always been too quiet, too placid, and lacking joie de vivre. He could have grabbed life by the scruff and hauled it in any direction he wanted it to go – or perhaps he couldn’t. Perhaps he could have been born a taut Bavarian, or an Albanian druglord, or a toreador’s son, and he would still have had to accept the same fate.

No time then for ennui. No time at all for Le Petit Robert.

Filling out to his full one inch, he jumped up on the photocopier’s glowing green button and dived under the cover. He lay there on the glass, facedown with his legs and arms outstretched, and felt briefly like an asterix. Then, the sound of a great hurricane swept underneath him and he was enveloped by a blinding, scorching flash of light as his final sublime expression was washed away.

Little Richard ambled up to the photocopier. A page was spat into the tray; he stopped a moment to pick it up. He turned it over, shrugged and, hearing his name ringing across the office, placed the blank sheet of paper back where he had found it. 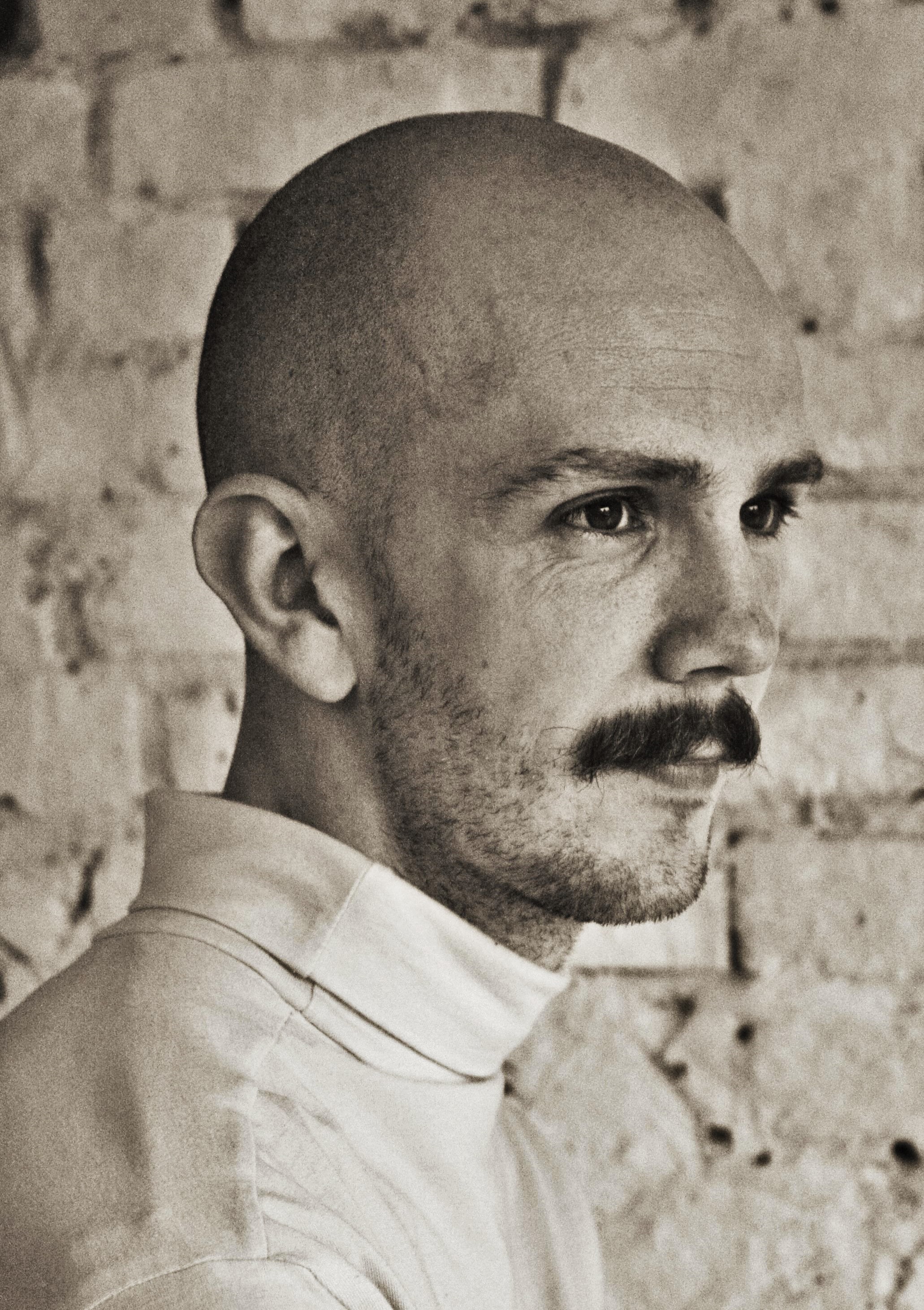 Joe Bedford is a writer living in Brighton, UK. His short stories have been featured or are forthcoming in Adbusters, Cake, Disclaimer, Flock, The Ham Free Press, The Jellyfish Review, Litro, The London Journal of Fiction, The Nottingham Review, Sonder, Spelk, Spontaneity and Storgy, and have been performed as part of the Brighton Fringe and Small Wonder festivals. His work is available to read at joebedford.co.uk.