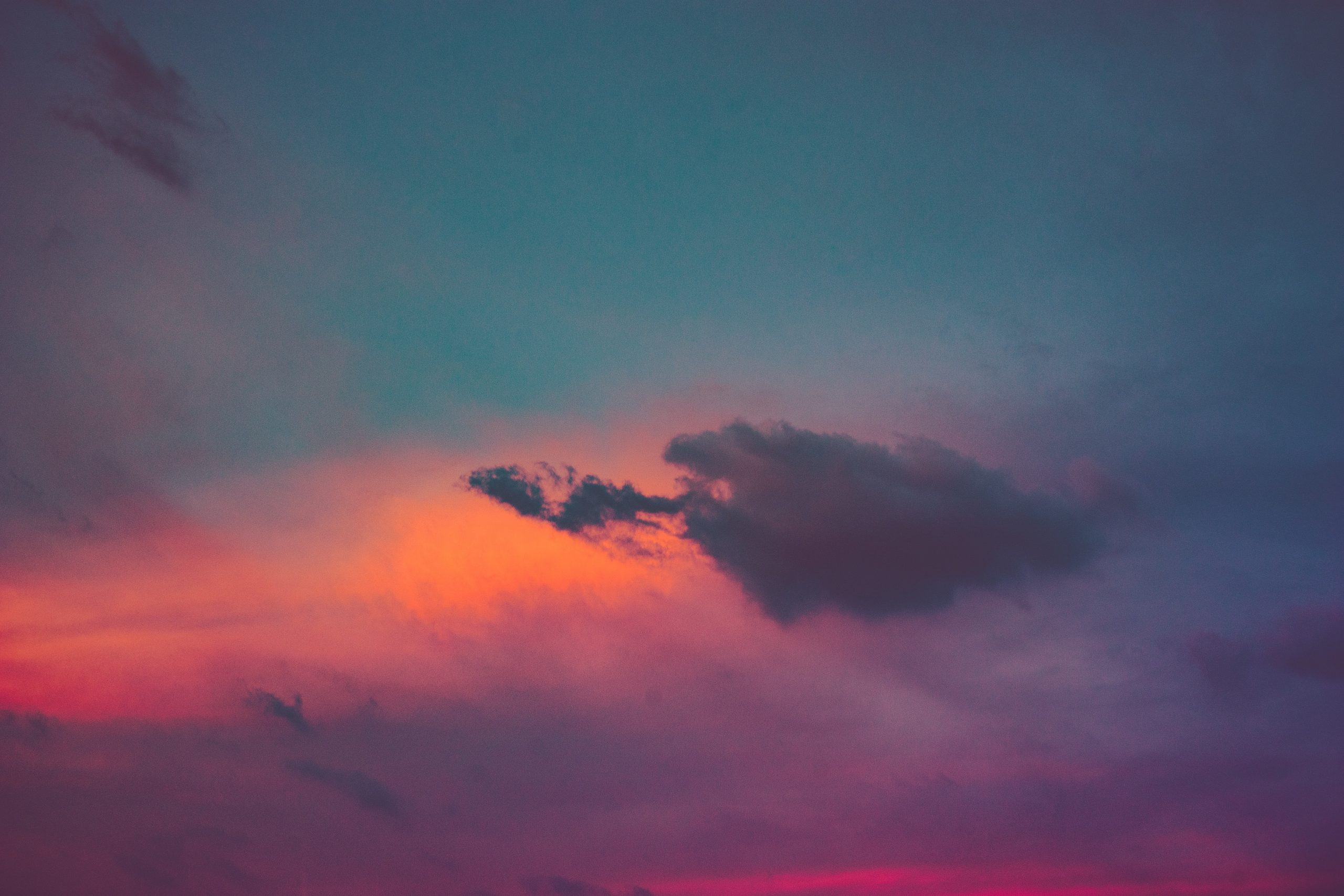 LET ME GO, FOR THE DAWN IS BREAKING by Arianna Reiche

We had to go out, head toward the water and then maybe over to Leith, because the angel was back, fighting Dad in front of the flat, just really kicking the shit out of him. Something inherited, Dad says. So Libby and I made our way downhill through the weekend crowd. I held tight to her even when she tried to squirm her little hand out of mine and made that whiny noise that’s just an impression of crying.

We stopped at The Star, and round the back, next to Mr. Munro’s Škoda Fabia, there was a football lying on the ground. I let go of Libby and practiced shots against the brick wall and after a while some regulars came out to watch. Watch and smoke. Pam from the Scotmid even bought us chips, but Libby ate all of them in ten seconds, like a hog.

When we got to the pier I remembered what Dad always says about smiling at the new waitress at Scampi Globe, the one who came over from the most, most, most eastern part of Africa, because it wasn’t safe for her there, but when we looked inside we couldn’t find her. We hung about anyway. I hoped Libby would put her sweetest face on, so some visitors from across the bridge would buy us goujons, but no such luck.

Libby said she had to piss and there was a queue for the toilets, so we went down to the water, watching our feet carefully as they moved over the rocks, so we wouldn’t slip on algae. The firth stretched out flat and endless, and from where I stood squinting, the rock formations seemed like a rope net floating on the water, letting the light hit. I’ve seen pictures of electric grids before. It was like that. I know that in the gaps between that rock there are little ecosystems that mostly get mashed up when the posh families from Trinity go wading out, but I think there are probably some un-mashed worlds, too, safe and busy and invisible, growing and growing, ancient, so ancient maybe it has something to do with what Dad inherited, what I guess I might inherit someday.

I told Libby to get in the water, even if it’s cold, go waist deep and go; piss. Some women started shouting from way far away, saying it was dangerous, what was I thinking, that the little girl needed to get out of there, but by the time they reached us Libby’d already finished. She got all the piss out. And she was taking my hand.

There was an old lighthouse behind us, about halfway to Leith. It’s still painted red and white and even though it doesn’t light up anymore, doesn’t do anything at all, and people take photos of it like it’s worth remembering long after they’ve gone back to wherever they came from. And I don’t know why, but walking off toward home just then I started to feel like it shouldn’t be there anymore. I had this sudden feeling in my gut that we don’t need to cling onto every old useless thing, even if those things are dead tall or were once very helpful, once served a purpose. I don’t want to say that I felt it watching our backs – it wasn’t anything as stupid as that – but I felt like it might have been watching something.

It was a funny feeling to have while the sun was all golden and lovely and everyone was staring off across the water. I should have just given into feeling nice. And why should anyone listen to me? I’m not much older than Libby, who was a baby not even all that long ago. Everyone must feel that way from time to time: that something big and old and admired might be planning something. It’s nothing to worry about at all.

On the way back to ours we saw the waitress at a bus stop. She was hunched over something that was playing music, and she was smoking. She’d untied her pink apron. It was on her lap, and it had collected some ash. I told her I was going to smile at her because my dad told me to, and that made her laugh. She asked what my name was. I told her , and I think she remembered something, because then she asked what name my dad went by now, and I told her I wasn’t sure. It’d probably be different by the end of today, unless he won the fight, that is. But that had never happened. The waitress said that my little sister was shaking pretty badly, and she was right, but Libby wasn’t whining or anything, so we took our time.

The angel was gone when we got home. The door was unlocked. Dad was drinking a Tennent’s and pressing something against a wound on his hip. He was making noises at it, but didn’t seem to be paying attention to the other marks on his body, which glowed hot, and also he had a new name. He asked where we’d gone and I told him. He asked about the waitress. I thought maybe Libby would want to say something, but when I looked, she was having a nap on the couch. A hog nap.

He nodded back. In a minute, he was asleep, too.

The name-changing thing is only a problem for everybody else. Libby and I never call our dad by his name. So joke’s on the angel, really.

Arianna Reiche is a British-American writer who moved from California to Scotland as a teenager. Her fiction has appeared in Ambit Magazine, Berlin’s SAND Journal, Fugitives + Futurists, Popshot, Joyland, and Glimmer Train, who awarded her first prize in their 2017 Fiction Open. She was nominated for the 2020 Bridport Prize and the PANK Magazine Book Contest. In March 2021 she won the Tupelo Quarterly 23 Prose Prize. She currently lives in east London.