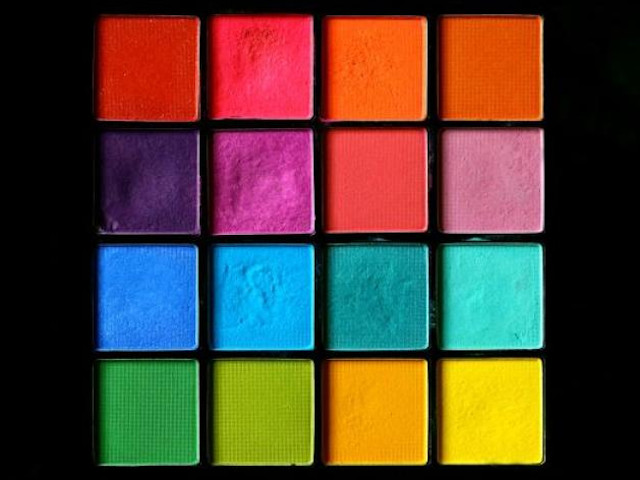 Lockdown and Pride by Yas Necati

I hear the Ankara court has overturned the ban on Gay Pride events. A week later, the UK is in lockdown, and I move into my grandparents’ house. We switch almost constantly between English and Turkish TV at one-hour intervals. Even when I am upstairs working, I can hear Erdogan’s voice reverberating through the wallpaper. I have come to know him like he is an overbearing uncle dialling in through skype at every opportunity. I have come to know the Turkish news theme more than I once knew the rattle of a train pulling into an underground station, and the flutter of feet that followed.

Over dinner last night, my grandmother applauded Erdogan, saying that the US are trying to manipulate Turkey again, but he won’t let them. It’s a familiar sentiment. We munched on black eyed beans and potatoes, and my grandma shared the story of how they would make this meal in her village growing up, how they would have to plan and cook food before they had refrigerators — what life was like before the Cyprus war. After that they fled home and landed here; London.

Upstairs my bookshelves are lined with words by Turkish prisoners — or should I still call them journalists? Their craft has been lost to a regime that doesn’t want them to fill people’s shelves. Their voice has been silenced by a man who doesn’t believe they should write anything at all. So they write from exile, or prison cells. And I buy their books, knowing that it’s important that I read them, but feeling helpless.

I don’t think my grandmother would approve of their writing, not because of what they write, but because Erdogan said it is bad. I was a journalist in the UK when the coup happened in Turkey in 2016. I wrote about being queer and Turkish, I wrote about how I didn’t like Erdogan. But I also wrote about how our leaders are hardly any better — how Islamophobia and xenophobia has fed into how we talk about Turkey.

Tucked between my books is one written in Turkish, a book about queerness. I visited Istanbul last summer, in the days before planes couldn’t touch the skies. We were passing a book shop and there, in the window, I saw it. Despite my parents’ efforts sending me to Turkish school as a child, I still couldn’t read the blurb. But I took it home with me anyway, promising myself that one day I will be able to enter its pages. I am ashamed at how little Turkish I know.

The day I came out to my grandmother as gay, she got up and left the room. She kept trying to set me up with nice Turkish boys, like a guy who was studying in the States. She said that he had just a year left of school, and he was ready to get married when he got back. He was willing for me to finish college first. She didn’t know his name… but he was studying, and in the USA! I declined a lot of boys, to the point where I think the women elders of the North London Turkish Cypriot community have given up on me. A few months after I came out to her, I asked my grandmother if she would come to my wedding if I married a woman. She said, “Of course, it would be your wedding, but I wouldn’t be proud.”

I often wonder about what the word pride means. As the LGBTQ+ community, we hold Pride events and picnics and festivals. I often feel proud of being queer, despite all the shame that is given to me by others. I know that my grandparents feel pride in being Turkish, but I am not sure there is any pride in nations. Maybe there is more pride in pockets of culture.

During UK lockdown, we are told by politicians that we should feel pride as a country, in our efforts to stay home and save lives. Old World War sentiment is revived to the point a 99-year-old veteran doing laps of his garden has raised more money for our national health service than the government seems to be willing to provide.

I definitely feel pride in our NHS, and I feel that pride as tears when we stand out on the street and clap every Thursday. But I also feel shame, because I know clapping isn’t enough. I receive a sporadic text from my friend, a midwife, who has been called into ICU. And I don’t know how to respond to it, because there is nothing you can say to someone who has been working seven days a week for three weeks, burnt out and risking her life. There is nothing you can say when you feel so helpless.

It’s interesting watching the differences between coronavirus reporting on Turkish and English news. We found out about Boris Johnson leaving hospital through the Turkish news channel, and we switched back to English news as my grandma wanted to verify it was true.

All I can say is that I’m glad I wasn’t living with my grandparents the week that the ban on gay pride was lifted. I doubt it was reported on Turkish news at all, or maybe it was reported as enemies pushing back against the state. If they heard about it, I wonder what they would have said. I also wonder how Turkish citizens will celebrate Pride this year, prevented from taking the streets because of a virus of nature rather than the human virus of hatred. And I wonder if my grandmother, with all of her love, will ever be able to watch that parade and be proud, will ever be able to look at me, and be proud.