Last month was my first visit to the annual London Book Fair, held 12-14 March 2019, and I found it was so much more than just books.

There is such demand for content across more platform than ever before, including audio books, gaming start-ups, mobile companies, even VR. Of course, the giant publishing companies were all there at the London Book Fair, but also many small independents along with a large, dedicated children’s section. Over 25,000 delegates visit and there are in excess of 1,000 exhibitors from sixty plus countries.

Each year the fair features a guest country to promote the work of established and emerging authors, to encourage publishers and readers in the UK (and ostensibly other English speaking countries worldwide) to cast their nets wider in their search for material.  This year it was Indonesia. A quick scan of my bookshelves when I got home revealed nothing by an Indonesian author. Note to self to rectify.

Several seminars and talks are held every day, and on Friday I attended talks on topics as diverse as the increasing popularity of audiobooks, to a publicity master-class.  The latter concentrated on ways in which an author can use digital and social media in particular, to promote their work.  Some of the smaller independents don’t necessarily have a dedicated PR person/department. A marketing-savvy author can generate their own buzz.  A good tip was to “go local” and promote yourself in your neighbourhood by giving an interview to the local press, radio station, school/college; regional media loves a local author whether fiction or non-fiction.

A later panel discussion on audiobooks, “Get Your Writing Heard” was enlightening, with the audiobook market growing faster than that of e-books.  It was hosted by Leena Normington of Vintage Books, talking to Alice Coles of WF Howes and Videl Bar-kan, Head of Business at Bookwire.  They remarked that the most popular titles are in genre and children’s books, closely followed by romance and crime.  When it comes to listening all the panel said they mainly listen to non-fiction titles, adding that the reader has a different sort of relationship with a novel (I agree).  Maybe because it is so beautifully written that you want to savour and digest a passage or re-read it for a deeper contemplation or understanding. I think eyes beat ears in this instance.

I happened to sit with literary agent Heather Holden-Brown, (HHB Agency) at lunchtime, and when I told her I was writing for Birkbeck’s MIR online, immediately told me she was familiar with Birkbeck’s Mechanics Review (yes!).  I asked her what people are mainly reading now and apparently, confessionals are really popular.  It seems people are prepared to not just pen an autobiography, but wish to disclose their shadow side, usually to express their repentance.

Heather was also a judge on “The Write Stuff” a sort of literary Dragon’s Den, whereby aspiring authors get to pitch their novels (finished manuscripts) to five literary agents.  The agents had already read the opening chapters of the six finalists and the six authors were invited to pitch their books to the agents and in front of the gathered audience.  After each pitch, the agents give feedback and asked further questions.  Each author told captivating stories ranging from historical drama to a man who told bedtime stories to his children and decided to put them in written form.  The lucky pitcher was Lulu Allison who wrote “Salt Lick” where she described a future England which had lost its farms and everyone now lived in cities.  It was a story that wove an ecological message with the country yielding to nature.  Her reward – she got to have a meeting with one of the agents with a view to representation.

It was a fascinating day, full of industry insights and milling, with authors giving interviews on their latest book. There were special areas for supporting and promoting budding and self-published authors, agent one-to-ones (must be booked before the Fair), references to the growing popularity of poetry (did it ever go away?) and of course, plenty of Indonesian authors to explore. 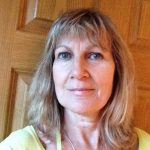