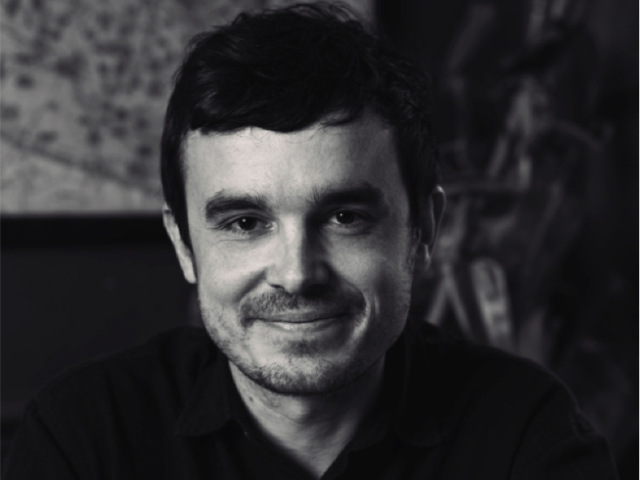 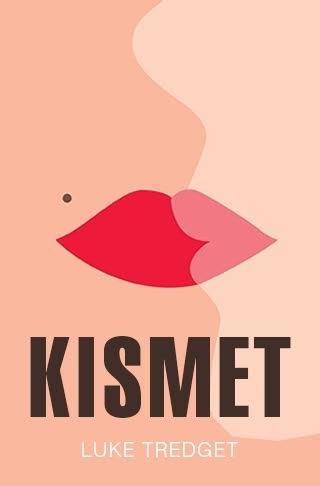 I feel inadequate and riddled with self-doubt when I finally come face-to-face with Luke Tredget. Me—an undergraduate Creative Writing student juggling a BA with an admin job in a language school. Him—a writer in his early thirties with an established career in international development, a Master Degree in Creative Writing and a novel coming out in 2018. Oh yes, did I mention Luke’s also a father to a very young baby?

We finally meet for lunch in Old street after weeks of emails, trying to set up a date, postpone and reschedule what looked like some kind of mission impossible. Let me be very clear. Luke’s no diva—just an incredibly busy man whose working schedule often requires long weeks abroad. His unassuming,  courteous and soft-spoken manners are in stark contrast to the grunge ‘n’ rock’n’roll music playing in the background—Nirvana, Muse and Arctic Monkeys. There’s no doubt Luke’s going to be the next literary rock star.

We start talking about Kismet, a novel conceived during his one-year Master degree at Birkbeck University which will be published by nothing less than Faber. Basically, a dream come true for any emerging writer. ‘It was one of the best bits of news I’ve ever had,’ he blushes, still chuffed about it. ‘I feel like the whole year I’ve been waiting for that life changing email. When I’ve received it, it felt like a huge paradigm shift in my life.’

A paradigm shift which, crucially, began with a short-story published on MIR. ‘During my year at Birkbeck course tutors were very supportive and around the same time one of my short stories was published on the MIR website. My agent got in touch after reading it…and so my publishing adventure began!’

The publication date is set for late Spring/ beginning of Summer 2018 and looks like it’s going to be a modern, quirky and sassy reading. Kismet tells the story of Anna, a twenty-nine year old journalist facing a personal crisis. After discovering her boyfriend Pete is going to propose on her thirtieth birthday she joins Kismet, a phone-based matchmaking app to ‘test’ her current relationship and her feelings as well as her own personal life. And with the Big Thirty milestone around the corner, will Anna’s life be swept away by the online dating world or…?

After working on Kismet for nearly five years, I wonder if Luke has considered quitting his regular job to become a full-time writer. He ponders for a few seconds. ‘There seems to be a growing consensus within the writing world that you can’t make money from books any more,’ he elaborates. ‘I’ll have to be proven really wrong on that front before quitting my job. But then there’s something exciting about having a job that is completely separate from writing. It gives you fuel to write, it gives you experience and it takes the pressure off your writing a bit. I believe it makes you a bit more light hearted and free.’

No wonder why his approach to writing feels so spontaneous and stress free. For many years Luke’s been working on humanitarian missions, travelling extensively to Asia, Africa and South America, experiencing natural and political calamities in the poorest countries. Writing really takes the edge off, as he explains. ‘I tend to write in small bursts—in  cafes, in my bedroom, during lunch breaks. I’ve gathered the ability to switch from whatever happens around me, even if it’s for only five or ten minutes. Even when my baby was a few weeks old, or in the middle of a trip to the Philippines, I would find the time to write at least a couple of lines.’

So how does a disaster management coordinator with a BA in Economics and Politics become a creative writer? ‘Back in 2008 when I was working in the Red Cross I entered the Guardian International Journalism competition, writing an article based on my experience in Tanzania. That was the first time I wrote about something, almost acting like a journalist. I really enjoyed it and after that I thought, well, maybe I should give writing another go!’ Shortly after, Luke enrolled in a short course at City Lit beginning writing short stories. In 2012, he completed his first novel Elation which was shortlisted for the Luke Bitmead Bursary. Although Elation didn’t get published, the whole experience helped Luke build up his confidence as a writer. Finally, he decided to enrol in a one-year Master at Birkbeck University with the idea for his second novel Kismet firmly in mind. As he confesses, Kismet was the reason why he started his Master degree.

A novel which might soon be published outside the United Kingdom. ‘That would be such a dream. I know Faber has sold the rights to Commonwealth countries but yes, to see my book translated in other languages would be amazing as well as reaching other English speaking countries such as America and Canada.’

Even such a remarkable publishing journey hasn’t been devoid of occasional bouts of stress, as Luke admits. ‘Editing really is a big effort,’ he sighs. ‘The main editing was about changing scenes, crossing characters, killing a few of them…massive changes really. And then there’s copy editing which I was doing in June, focusing more on tiny details, language, grammar, avoiding repetitions. The final word document I’ve submitted had something like 2,000 comments.’

With Kismet due next Spring, it’s fair to assume Luke might want to take a break from writing for a few months. Or maybe not quite yet. ‘I’ve just started writing another novel!’ he laughs. ‘Because Kismet was finished ages ago, I’ve kind of find the time to start a new book. But my next one will be very different, it’s from a man’s perspective. And I must say, after Anna and her relationship problems, I find the whole thing quite refreshing!’

Having bombarded Luke with so many questions, time has almost run out (and we still haven’t finished our lunch yet). We end up discussing about our favourite writers and how they influence our own tastes. ‘One of the problems with writing a novel for a long period of time is that your own tastes will inevitably change. When I started working on Kismet, I was really into concrete and crisp prose. I was trying to mimic that style. By the time I started rewriting it, I got really into John Updike whose writing, on the contrary, is very descriptive and voluptuous. The conflict between these two writing styles is real. You can’t escape from that.’

If the conflict is real, Luke seems to have mastered it rather well. On my way home I realise I haven’t asked him one crucial question, whether he’s ready to face literary critics and readers who might, or might not like Kismet. I mean, it’s hard enough to accept a bad mark when you’re a student, never mind a negative review on a national newspaper. Considering his life spent on humanitarian missions, his laid-back attitude and his optimistic outlook of life, I’m sure he will handle the pressure very well. I’ll keep my question in mind when I see him again at his book launch where, no doubt about it, Kismet will become the hottest Twitter trend in London.

Silvia Rucchin is a very proud immigrant addicted to, in alphabetical order, animal-related tattoos, books, craft cider & beer, dogs and Glastonbury Festival. She is in her last year of a BA in Creative Writing at Birkbeck University.