Morning after night, she stared at him with such intensity

that eventually his face collapsed.

An eye caved in,

a nose dropped off,

“A rare case of Ruins Lust,” said the Doctor.

His decimated head was declared a national heritage site.

Families picnicked beneath the arch of eye sockets,

until the playground of his crumbling skull

became too dangerous and precious

to enter at will.

Still, she strained for a glimpse

behind barricades and ticket booths and tourist hordes,

every eyeful sending another part of him tumbling

and rendering him more desirable than before.

Considering our Trip to Trieste

Ryan Air is flying me to Trieste for £26, and

I will do everything they tell me to.

I will read carefully and tick or untick boxes,

depending on the implication of said tick.

I will weigh and measure my luggage days in advance,

and insist Michael does the same.

I will print spare copies of our boarding passes.

I will prepare for engineering works, or a person under a train.

I will check in online.

I am flying to Trieste, pearl of the Adriatic, for £26,

and I will arrive at Stansted unnecessarily early.

I will not take the gate notification for a starting pistol

and jog half a mile like a hamster in a tube.

I will walk with Michael, handheld.

For £26 we are flying to Trieste with Ryan Air, and

I will accept an aisle seat next to a fat man, away from Michael.

I will say hello to the man and wink at his screaming child.

I will make myself comfortable.

I will marvel at the skill of the pilot during take-off.

I will commend the fat man’s purchase of Pringles, and

the relish with which he devours them.

I will search out the back of Michael’s head and, finding

his mousy bristles, will wonder if he’s sleeping.

I will close my eyes.

Ryan Air is flying me to Trieste, Lonely Planet’s most underrated

I will applaud our graceful landing.

feel the sun like a warm towel on my forehead.

I will float through customs to the arrivals hall,

alive to the ciaos and espressos and dark haired boys,

and Michael will take my hand from behind

It’s a simple game to end a night.

We’d sit on opposing sofas and throw a

football at each other in an arc aimed to kiss

the ceiling in passing. Most hit nothing, some made

a rude thud, but we stayed up for the one percent

that hissed against the plaster, releasing a secret whisper.

Then we’d take ourselves to separate rooms.

Finally, I stripped the living room of everything,

but decided to leave the ceiling uncleaned;

as if the smudge was a message for the next tenants,

a warning from the world of what might have been. 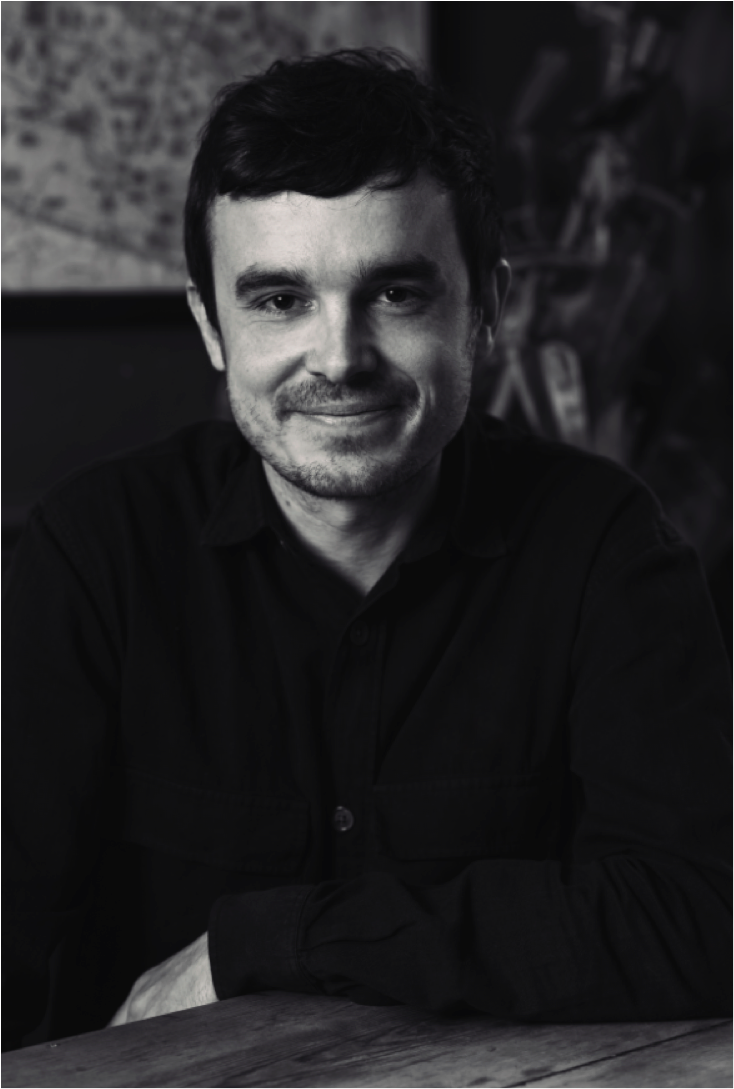 Luke Tredget works in international development, primarily for the Red Cross. His journalism has been published in the Guardian and his first novel, Elation, was shortlisted for the 2013 Luke Bitmead Bursary. He completed the Birkbeck Creative Writing MA in 2015.