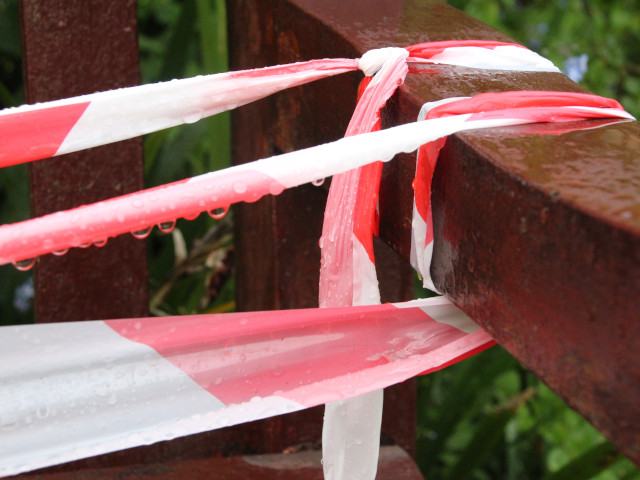 May Day Interrupted by Michael Eades

This year, 2020, everything has paused. May Day itself is interrupted. In the midst of the Covid-19 lockdown the usual rituals and festivals and rites and wakes and processions that mark this day have all been called off. There is no ‘Obby Oss’ festival in Padstow, no Jack in the Green in Hastings, no May Queens and no Maypole Dances. There are no labour related marches and processions either, celebrating the dignity and solidarity of workers. The workers themselves may not even be working. They are at home, furloughed. Everyone is holding their breath. They are not yet ready to exhale that breath that they have been holding all winter. They are afraid that if they release it and suck in spring air they will end up inhaling infection, a novel virus.

How do you mark a day like this? When rituals are suspended, it becomes necessary to invent your own.

I got up at 5.30am on May morning with a head full of vague ideas, determined to mark the day. I have been using the lockdown to read up on the festivals and rituals that mark the English calendar year, leafing through Laurence Whistler’s The English Festivals, Steve Round’s The English Year, the anthology The Secret Lore of London (2016) and Sara Hannant’s photobook Mummers, Maypoles and Milkmaids: a journey through the English Ritual Year. All of this reading has been merging in my head with earlier interests: the Mass-Observation movement, the focus on ritual found in the work of Bataille, the Surrealists, Henri Lefebvre, Iain Sinclair. And it has been merging in turn with the strangeness, the uncanniness, of seeing national rituals suspended, and the counter-folklore emerging in its place.

In the absence of familiar rituals, new ones emerge. And they are emerging at incredible speed. The rainbows in windows and chalk marks on pavements, the return of hopscotch grids, the weird worship of Captain Tom Moore and his monkish laps of the garden, even the Thursday ‘clap for carers’ ritual that emerged as if from nowhere to scatter acoustic applause across the nation.

All of this was flowing through my head as I left the flat at and walked up the hill towards Streatham Common. I had it vaguely in mind to enact, in miniature, some of the May rituals described in Steve Round’s The English Year, particularly the practice of ‘bathing in dew’ on May Day morning, and ‘bringing in the May’ by gathering flowers and greenery in the surrounding countryside to decorate the home.

Of dew bathing, Round writes:

‘For at least 200 years, it was widely believed that bathing the face in dew early on May Day morning was excellent for the complexion, and helped to whiten the skin and eradicate freckles’

This at least, even on this strangest and most suspended of May Days, seemed like it would be a ritual it would still be possible to perform. Getting up at dawn, or somewhere close to it, I wanted to walk out into the commons of Streatham, the groves of Norwood, and bathe in the May dew.

I walked to the top of the hill, past a surprising number of paranoid Covid avoiders out taking exercise or doing Tai Chi in the early hours. I took photos of warning signs and taped-off benches, noting how the red and white hazard tape looks bright and festive in this light – like a strange kind of May bunting. I walked around the corner and down the ‘horse-riding path’ that connects the Common to the Grove. No one around down here, which was good as this was my planned entry point to the Rookery Gardens, closed to the public at this time in the morning.

On this day of thresholds (spring/ summer /faery/reality) it felt important to cross a boundary. Doubly important in this era of strange restrictions and carefully codified regulations and transgressions. In a context in which benches are cordoned off, parks are patrolled and sitting down is prohibited, it felt important to test the boundaries of the law by transgression of it: however minor and brief. (And let’s face it, this is a tiny transgression: the gardens are due to open in a couple of hours anyway and are absolutely deserted at this time).

In that spirit, I pulled myself up at a low point in the wall that runs around the Gardens, hoisted myself over, and landed in…Faeryland.

The pre-opening Rookery is a quiet, enchanted place. Entering it as I did from the side near the Horse Walk, I landed in the section with the water feature. A soft sound of water over rocks, running down the hill, gave the impression of entering a grotto. I was reminded of the scene in Agnes Vardar’s film Cleo from 5 to 7, where Cleo wanders into Paris’s Parc Montsouris and meets a lover by the artificial waterfall. There’s something special about such places: these urban grottos and follies. There’s something special simply about the fact that humans have bothered to create them and maintain them over the years as little patches of fantasy caught in the middle of cities.

In the Rookery, wet from the rain, surfaces glistened. I pulled out my camera and started taking photos as I moved through the different areas. Many of the photos are out of focus or under-exposed as I didn’t want to linger whilst taking them, but along with the memory traces swirling in my brain they capture fragments of the scene: taped off benches, empty terraces and flower beds wet with dew and rain, wisteria and blossom hanging from sagging branches, a White Garden swollen with water, a sundial casting a bolt of shadow onto a flat mirror surface.

The White Garden seemed heavy with dew and recent rain, and it was here that I stopped to bathe. I ran my fingers through the grass at the side of the flower bed and dabbed my face with liquid that could have been dew or could have been rain. The cold water felt fresh and electric, strangely thrilling somehow both as a ritual anointment and a reminder that I was alive.

Next, I broke off a sprig of Wisteria. I carried it over to the well at the heart of the Rookery, site of the old mineral spring that turned Streatham into a resort town in the nineteenth century (the Rookery Garden is a remnant of that resort). I dropped it down into the water: a little bit of colour dropping down into the dark and reflective tunnel. A tiny, tiny gesture too towards the idea of a potlatch or May sacrifice. It could hardly be classed as such, of course, but it was… something. I’m not sure what. A small gesture towards something ritualistic. A token.

Streatham is a place of springs and wells. One of them is visible still here in the Rookery gardens, but the others seem to have disappeared – leaving only very vague traces as place names (‘Streatham Wells’) and damp patches in nature reserves. I.

Steve Round, in The English Year, notes:

‘early documentary reference to “decorated” wells refer to them as being adorned with rags, ribbons, garlands and so on, which may have been personal relics left by those who had attended the well for a cure or to ask a favour, or they may have been decoration as celebration or veneration’

A well is somewhere that can be worshipped as a source of clear, life-giving water. It is a place of healing, and of superstition – a place to go to cast in one’s wishes. It is possible to imagine an invented tradition here for Streatham, in which every year this village within a city is replenished by a May dressing of its well, its water source found in this Rookery without rooks.

Almost immediately after this I felt the urge to flee. The gardens would be opening soon. Up and over the wall again, furtively like a burglar, hurting myself slightly on the longer drop on the other side but emerging victorious with the feeling of having got away with something. A little bit of pleasure stolen back from a world in which it is currently restricted, a tiny transgression successfully conducted. The ritual must have worked, too, as when I emerged and looked out over the hills there was a rainbow painted across the horizon. The same design exactly that we see now in windows and chalked on pavements but written on the sky instead.

I wandered around Norwood Grove and the Rookery for perhaps another hour, taking photographs and absorbing the scene, letting the early morning cold seep into my bones. I spotted birds (crows, bullfinches, blackbirds, goldfinches, a woodpecker, a whole tree full of green parakeets). Everything was beautifully fresh and bright in the type of light that is only possible in the very early morning of a spring day. Looking back on it now, it seems very distant, very strange. Was I awake? Was I asleep? Was I tired, or was I charged up with spring energy?

Some images stay with me. A tree in the middle of the road, dividing two lines of traffic that no longer exist; a sundial in an empty, locked, municipal garden reflecting the time on a pedestal filled with water; an empty bowling green picked over by early morning birds; municipal signs (some of them warning of the horrors of the virus) slowly being overgrown and covered by dirt, lichen and moss.

These are the symbols and tokens of English surrealism, Covid-19 style. The quiet smothering silence of the lockdown and its weird intersection with cow parsley, long grass, shady meadows and lanes. The land of the Green Man emerging from its slumber in these slumbering, suffocated, dreamlike times. All rituals are invented. They are all suspended, lost, revived, reborn. Along this mile or so of South London hillside, on a stolen lockdown day at the start of summer, perhaps I have invented a new one. Perhaps I have revived something ancient.

Dr Michael Eades is a writer, researcher and curator based in London. His work explores ideas of place, memory, ritual and community. At the moment he is focused on two portfolios of work exploring the secret histories of Bloomsbury in North London (where he works) and various parts of South London (where he lives). Michael also runs the Being Human festival, an annual multi-city festival of innovative, research-driven events. He can be found on Twitter @DrMichaelEades.