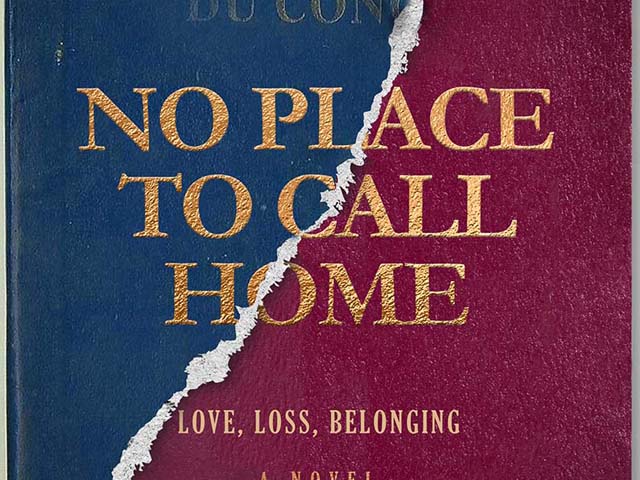 No Place To Call Home by JJ Bola

An Extract from JJ Bola’s debut novel No Place to Call Home which will be published by OWN IT! on June 22nd.

JJ Bola talks to Aisha Phoenix about hope, belonging, humanity and experiences of being a refugee.

Kinshasa was a thriving city. The two lane streets were filled with imported cars only driven by the Belgians and the affluent Congolese men – with their wives, or mistresses, as passengers, or -who showed their wealth dressed in smart suits, with short sleeved arms, neck scarves with matching pocket squares and weighted gold or silver watches, hung at the end of their wrists, a sacrificial burden. The women, who were mostly held to managing household duties, or worked, very few and far in between, in positions of hospitality or servitude, wore beautiful, bright coloured printed clothes, a liputa they tied around their waist, and a kintambala, usually made of silk, worn with grace and pride, which they would fold at the corners and tie around to cover their heads.

Kinshasa was not a city you came from, it was a city you came to; for work, for business, for travel. But once you came, it kept you so you would never leave. Maybe it was whatever was in the air; the melee of languages; the formality of French, the official tongue, spoken in public spaces; the institutions, schools, universities and offices, airport lounges, and government buildings. Or the Lingala, which ran like a sweeping undercurrent, through the roads, with its back bent rhythm, stood on the street corners or back alley-ways, on the tongues of lovers, after the sunset, when the music would play. The music, in the language of the swaying hips of women and the watchful eyes of men; men whose eyes were their hands, and they would watch until they wanted to feel, all while the alcohol flowed until it too spilled onto the streets.

Mami came from a very strict family. In a society where women were afforded very little privileges, unlike the men, she was held to impossibly high standards, which meant there was very little she could do, never mind what she could do wrong. They lived in a large house with black metallic gates in Ngombe. Her father, Koko ya Mobali, was a military man, whose position Mami was never quite sure of; he was important enough to have intricately designed multi-point badges of honour hung on the lapels of the khaki-green uniform he wore, and have someone he could tell what to do and run around after him, but not too important he could not himself be told what to do; such as disappear in the middle of the night for a mission or leave his family whilst they had dinner on a Sunday afternoon together after church. He spoke in detail of honouring the family and fighting for things Mami was too young to understand.

Her mother, Koko ya Mwasi, took care of house and home, raising the children, which was seen as the duty bestowed upon her by divine right of her gender. She was a quiet woman; never spoke louder than her husband, never walked ahead of her husband, never loved another man but her husband. Each day she wore the most beautiful liputa, whether she was shopping at the zandu or in Sunday mass, she looked elegant and graceful, as was expected of her. She had so much more than other women she did not dare challenge it, for if she did it meant risking losing all she had received.

Mami had four sisters, two on each side; older and younger; Marthe, Monique, Micheline, and Marie. She carried them through their ups and downs as if she was their balancing scale. She was the mediator, the peace-keeper between the two warring clans of the elder two sisters and the younger two, more often than what she would have chosen to; she was the voice of reason. At times she looked the oldest, not due to her appearance but her sense of style and dress, she emulated her mother; fitting comfortably into her mother’s clothes, wishing for the life she has, a life of quiet abundance.

Koko ya Mobali felt disappointed when he found out their first child would be a girl; he believed a man’s first born, as did many others, must be a boy to continue his legacy. Five daughters later the disappointment turned to damnation, then eventually acceptance as the sight of his legacy faded away. He felt he must be carrying some kind of eternal curse from a nganga. After he Mami was born, he treated the youngest two who came after; Monique and Michelin, as if they were boys, a sign he had abandoned hope for having boys, they too would follow in his footsteps. Nonetheless, he never let his daughters know exactly how he felt. He loved them dearly, the best way he knew how a father could; over-protective, with authority and from a distance. As quiet and submissive as Koko ya Mwasi was, her smile widened with each daughter she gave birth to; knowing she could never challenge or overcome the power of this man who she loved as her husband, giving him five daughters was her quiet act of rebellion.