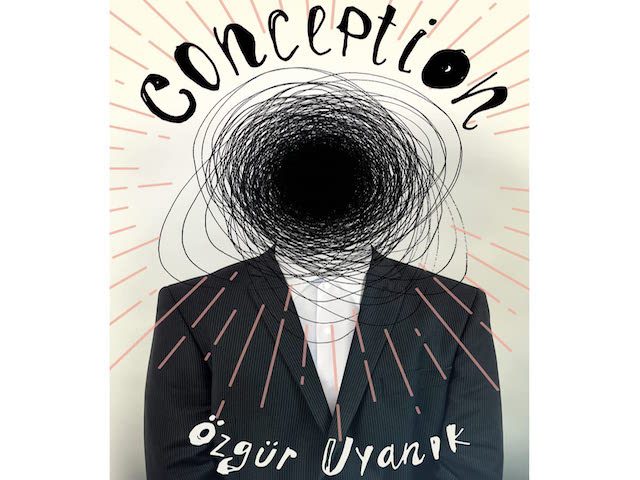 Succeeding in two parallel careers simultaneously is a challenge for even the most ambitious of writers, but to do so in a foreign language is doubly daunting.  But that is what author, screenwriter, and award-winning filmmaker Ozgur Uyanik has achieved with his debut novel Conception.

Turkish by birth, Uyanik’s family emigrated to the UK when he was a child.  Despite having spent most of his life in this country he is bilingual and considers his Turkish descent and its cultural heritage to be a significant influence in his writing.  He recently penned an essay about this topic in an anthology he helped to edit: Just So You Know – Essays of Experience (Parthian Books, out in August 2020).

Conception, described as “the journey of a sociopath who will do whatever it takes to get ahead: a dark comedy exploring who and what determines the value of art”, features as its protagonist a cynical and egotistical young Turkish filmmaker who resorts to a shocking interpretation of art in an attempt to achieve the rewards he believes he deserves.  Uyanik’s astringent verbal flair and his love of the English language is abundantly evident in the novel and he was flattered by my likening the character of his protagonist to Edward St. Aubyn’s drug-fuelled Patrick Melrose, although he had not read the novels.

Questioned about whether his sideways move to novel writing was due to a frustration, shared with his protagonist (with whom he has a similar background), at the lack of control in the filmmaking process, he responded:

“[Filmmaking and novel writing] are such different disciplines and I’m doing both, as many others do also. In authoring a novel you have the sort of control and freedom a filmmaker can only dream about but I don’t know if the novel writing has affected the way I go about writing a feature film script or vice versa—not yet on a conscious level anyway.”

“With any creative enterprise that relies on a marketplace for its consumption, like film, “total control” is a myth so getting frustrated about it is counterproductive (although it) takes a while to learn that).”

I was interested to hear about his writing process and asked him whether he had plotted the novel before writing it.  Uyanik responded that although he had not worked on the plot in advance of writing, the character had taken over the project once he had been identified,

“My protagonist is a fictional character; I guess all writers have to mine their dark sides for material. Mind you, it took a lot of work to find him and Nabokov’s analogy of the bird collecting material to build its nest really rings true.  You go about putting stuff together but you don’t have a clue where it is going until some part of your subconscious pops up and you have your eureka moment […]”.

He confirmed he was currently working on a second novel, The Notetaker – a Revenge, as well as developing several feature film projects as writer-director with support from Ffilm Cyrmu Wales and the BFI Network.  Remarkably, he is also currently a PhD candidate in Creative and Critical Writing at Cardiff University.

Uyanik is clearly an industrious and ambitious creative force.  I have no doubt we will be hearing a great deal about him in the future.

For more information on Ozgur Uyanik and to buy a copy of Conception click here.

t British baby born in El Fasher (her claim to fame!), Liz worked in Greece and the USA and with David Bowie and Bryan Ferry.  She is a past, frivolous, PR practitioner but  is currently a Yoga teacher/dogwalker and wannabee writer/BA Creative Writing graduate.  Glamma to granddaughter Bay, mother to movie magnet Katie and budding tycoon Angus, and mistress of Cockapoo Tuppence.  Liz@redhotpr.co.uk 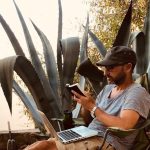 Özgür Uyanık is the author of Conception, his debut novel, published by Fairlight Books in July 2020. Özgür is a writer and filmmaker whose family emigrated from Turkey to the UK in 1980. After graduating from the University of Kent at Canterbury, where he studied Communications and Image Studies, Özgür started a career in the film industry working as a runner and making short films in London until his debut feature film premiered at the 17th Raindance Film Festival in 2009. He gained an MA in Creative Writing and English Literature from Cardiff Metropolitan University and is currently a PhD candidate in Creative and Critical Writing at Cardiff University. Özgür was a contributing editor for an anthology of essays by underrepresented writers called Just So You Know: Essays of Experience, published by Parthian Books. He is now working on his next novel as well as developing several feature film projects as writer-director, with support from Ffilm Cyrmu Wales and BFI Network. Özgür has also been selected for the BAME Directors Lab in Wales and the BFI’s NET.WORK@LFF Emerging Talent programme 2015, he was a Top 10 Finalist (Horror/Thriller category) at the PAGE International Screenwriting Awards in LA and his screenwriting has been long-listed for the BBC Drama Room as well as being selected for writing labs, development schemes and workshops in Turkey, Wales, the Netherlands and Italy.