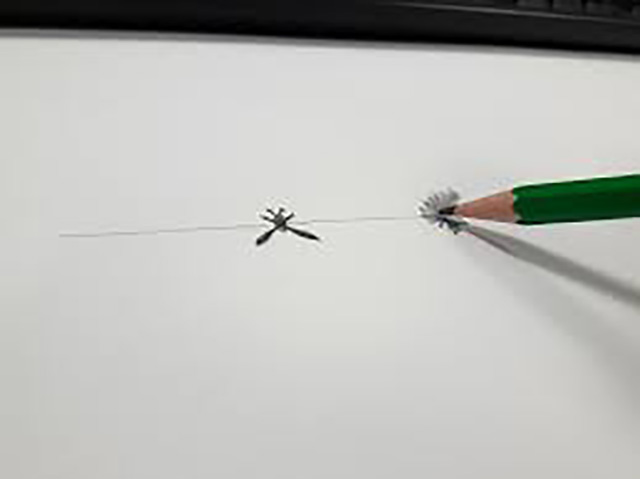 Pencilled In by Eleanor Capaldi

Short Fiction by Eleanor Capaldi. Pencilled In was shortlisted for MIR15.

The blankness of it was intimidating. White and vast like a metropolis under snow. There wasn’t a mark, indentation, or a print anywhere. Except from her of course. This was square one. Of how many, she didn’t know.

Looking at the shadow and light of her arms, she used them as a guide.  A drawing from life, still. Outstretched, she daubed graphite liberally in front of her, softly edging out fine lines in a pattern, cross-hatching. This would create the wall. The scale made her nervous, but false confidence took hold. It was better than none.

She pushed the lead into the paper with increasing force. When erased to create highlights, it would leave a starker contrast. The background had to be more than dark, akin to having your eyes closed with your hands tightly on top.

Her arm was moving quicker and quicker against the resistance of the paper, when it jolted. Deliberately slowing down, she resumed with conscious care. A crease in the newly drawn wall was throwing off the evenness of her lines. With some more shading in exactly the correct place perhaps she could trick the eyes.

Peering very closely, her finger all that was separating her nose from these patterns in rows, she pushed. It was one push too far, and the weakened structure broke, a rip rapidly splitting all the way down to the ground. Through the space in the paper, a solitary eye blinked directly into hers.

“I think I’m your neighbour. I drew the square next door?”

Like lifting up a bedraggled, loose piece of wallpaper she pulled the paper away and saw a stick drawing in their own sketched home. Their uncomplicated circle face with oval eyes containing another circle each, and dots for the pupils, nodded her in. She stepped through the paper, careful not to smudge any of herself on either of their designs.

They showed her round, pointing out the garden, sharing ideas, and patterns. They were taken aback at her own appearance. She had worked on herself, creating more depth and detail, practising. Then she had turned outwards, drawing whatever felt right and true. “I’m more words than drawings,” they said, smiling sympathetically to themselves. They handed her a book. “I wrote that. All from my own imagination.” She gladly took it. She had never seen a book before and didn’t know what it would contain or if she could make sense of it.

Slipping back through the tear, smoothing over the seam, she decided to make her own door, her own outside. Maybe the path could curve, but it would be a path open ended. 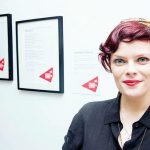 Eleanor is a Film and TV graduate from the University of Glasgow, with a background in journalism (VICE, The Skinny, Glasgow Film Theatre). She is published in Bare Fiction, Paisley Poems, The Skinned Knee Collective, and writes and performs spoken word including at Aye Wright, Mugstock, Oxjam, and West End Festivals. Monologue Distilled was performed by Not Too Tame Theatre Co., and her short play Disposable, was directed by Anna Rattray and performed in Glasgow. Short film Pull screened at SQIFF and Inverness Film Festivals. Currently Eleanor works in a museum, the exhibits haven’t come to life just yet, but there’s time.