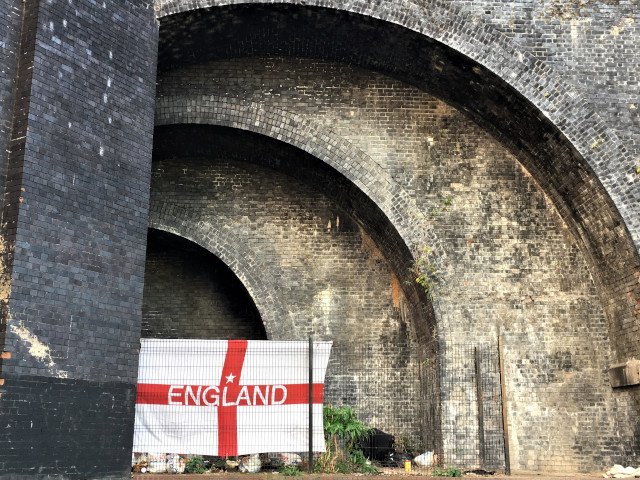 After the interview, I hit a low,

Were we to be men, or meek little mice?

Could we be both, and also nice?

We had to be kind, offer seats, hold doors.

Pay for dinner, chase spiders away

And campaign for equal pay.

Believe in their rights while losing ours.

Fix the car, then put up shelves,

And be all things except ourselves.

It was upsetting, I was confused.

Was I an abuser, of the abused?

KnightNice had shared in multiple threads

Techniques and tips to get into women’s heads.

I looked up a few, on how to be engaging

Some were quite good, but most were enraging.

How to cop a feel, how to grope on the sly;

How to get laid by making her cry.

I saw the difference between hitting on and hitting,

KnightNice, all wound up, remained unwitting.

I wanted to charm, and woo, and seduce them.

KnightNice’s advice was to just outright abuse them.

This man, and more like him, said men had a right,

To sex on demand and hot dinner each night.

When women said no, we had to ignore them.

Otherwise, how do we show we adore them?

If you love her, then shove her, show her you care:

Raise your voice, raise your hand, grab her by the hair.

Feminism has made them think all this is wrong,

Actually, men are meant to be the leaders,

With women to serve us as wives and breeders.

Once they are shown the right way of things

They put on their bras and resume their waxings.

We have to try harder to correct their wrong thinking

Put them in their place, unyielding, unblinking.

And then, I was promised, we’d all have good wives,

Opinions differed and there were fights within fights.

I kept seeking out updates from KnightNice,

Not that I thought he gave good advice,

But he started me off on these chains of thought

And I sort of saw him as king of the court.

Now he was off on a new line of woe,

This time, a woman he knew long ago.

Two jobs back, they’d had a wee fling,

(I suspected so wee it was barely a thing)

They’d hung out a bit, kept in touch when he left

Then she stopped messaging, lost interest.

He kept an eye on her, sure she’d seek him out,

He was the best for her, of the men that were about.

When she realised it too, she would come back crawling;

His patient complacent certainty was appalling.

About solicitors and banks and mortgage rates.

He’d guessed correctly she was buying a flat

And was outraged this woman could do that.

Who said these were choices that she could make?

Buying on her own was clearly a mistake.

Or maybe a joke, she’d been strung along

No-one wanted to tell her she’d got it wrong.

He was convinced, wanted us to agree,

That there was some con, some dark trickery.

Had she pretended to be a refugee?

Had she claimed to be single, with a baby?

He posted and posted, again and again:

“Look at what happens when we forget to be men.”

He went overboard, he was briefly blocked

For crashing the thread “keyrings re-stocked.”

And then he came back two days later,

With a post titled “10 Ways I Really Fucking Hate Her.”

There were actually twelve things, some were the same,

And most of them were petty, and bitter, and lame.

He dredged up a tale about a cab to a party,

He’d paid for it, but thought her thanks was tardy.

So there’d always be something that she’d owe.

The bitch, the skank, the gold-digging Cabwhore;

When they dated again, he’d show her what for.

He would smash up her phone, he would cut up her face.

She would be ruined, would at last know her place.

He kept saying he’s nice, why couldn’t she see?

How fat and ugly could this stupid bitch be?

He thought her an idiot, but also The One.

She was a slut, but pure as a nun,

She was perfect but fat; “worth raping!” he’d brag.

His ranting and raving raised a red flag.

A few of us told him to shut up about her,

We were sick of this off-topic serial SHOUTER.

Why was he bashing a woman he cared for?

Our challenges meant that his rage flared more.

He was a NICE GUY, how could we say other?

He REALLY LOVED women, he had a MOTHER.

He called us faggots and pussies, and vegan snowflakes

If we even slightly questioned his hot takes.

I stopped challenging him after he called me gay

He was so incensed that Cabwhore was moving

He seemed to lose track of what point he was proving.

It shouldn’t be possible to buy a flat on her own,

How dare she put him in the friendzone.

He wanted her punished for all her successes

And blamed her for all his bizarre life stresses:

His lack of sexlife, his unfixable car;

His weight gain, his hairline, his old acne scar.

She was the cause of every irritation.

But he was so worked up, ground down by his plight,

He pinned it all on the cab he’d booked that night.

That ads for her new flat weren’t telling the truth.

He was convinced it was a model development

For a new national movement of male divestment.

“Affordable housing” in his way of translating

Was “nice flats for women with poor credit rating.”

He’d worked all his life, paid into the system,

No-one had ever had to assist him,

Now these women, some from abroad,

Were living in flats he couldn’t afford.

They say they are victims but all he saw were winners,

I actually knew where Cabwhore was buying;

New Meadow Town estate, where the paint was still drying.

I was close by, saw it all the time,

The graffiti, the litter, the petty crime.

Old Meadow Town had been a dreadful blackspot,

But New Meadow Town had improved it a lot.

But, have no doubt, this was good regeneration.

I envied Cabwhore for her shiny new apartment,

He kept adding photos of “the REAL Meadow Town”

That were very intrusive and soon taken down.

It was all women, unaware, in his pictures –

Candid and mundane in equal mixtures.

It was all part of KnightNice’s insane vendetta

To ruin Cabwhore, ten years after he’d met her.

He was hatching a plot, plotting a plan,

To make a stand for the average man.

Those flats were ours, he angrily declared.

And were ours to take back, if we dared.

We had to grow balls, no longer grin and bear it.

Property was our right, we didn’t have to share it.

A few regulars, like me, were kind of impressed,

By KnightNice’s zeal and venomous zest.

He started to set up ways we could meet,

To claim our rightful homes, to reclaim the street.

Some sort of protest, some show of our strength.

He praised the neo-Nazis at some length.

Those groups got it right, knew how to organise;

It was all about actions, not just size.

He was developing into a proper nutcase,

I stopped posting as his plot gathered pace.

Harassing homeowners went too far for me;

These weren’t actions that I wanted to see.

I left the messageboards, to cut my losses.

I doubted KnightNice could see it through,

Who was he really, when he wasn’t online?

Was he a dick daily, a twat all the time?

Was he the man cursing self-checkout tills?

Was it him in the chemists, for blood pressure pills?

Was he the man leering at a twelve year old child?

Did he have a banned dog that he let run wild?

There were so many locals who could have been him,

But, chances of meeting seemed quite slim.

Because men with his views kept them quiet.

If he was called sexist or racist, he’d deny it.

He was outwardly harmless, nice in a bland style

But online he was angry and violent and vile.

I was all over the web in comments and threads,

Declaring our dicks cut off and tossed,

Our manliness severed, our greatness lost.

In some parts of the internet, rumours were flying,

About some new flats that meant men’s rights were dying.

Something about free, unconditional tenancies

This was KnightNice, I knew straight away;

He was fighting his fight, he was having his day. 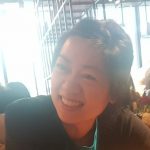