The Trial of Shelton Mathis by Wes Brown 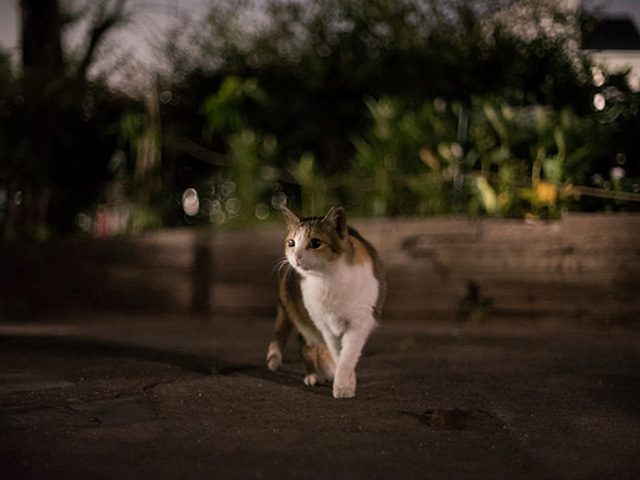 The way Sanders will tell it, the cat springs up left-field, leaps into space and his bumper skittles it.

Sanders’ post-work drink was two, ok, three, whatever. Enough to appreciate the cat twist in the headlights as it claws at the night. It drops at the feet of some girl, writhing like it wants a goddam belly rub, and someone bangs on the bonnet of the Aston, cap one hundred and eighty degrees towards stupid, fists black against white.

Shit. Southwark. A fucking shortcut back to Dulwich, not a place Sanders chooses to actually walk around. He parks up, slips his watch into the glove compartment. Even after a long day on a trading floor he’s still sharp, can spot the chance to redeem himself, to show that hypersensitive bitch Nadine that he can, after all, think with something other than his dick.

A sullen sodium light stains the kerbstones, spills across his brogues. A few streets up from here the Shard scratches a neon skyline, but this is a world of wheel-less bikes, graffiti, tiered walkways jammed with desiccated plants and drying sheets. Sanders sucks at the diesel fumes to clear his breath.

The girl squats against a grimy council bin, marked as the property of Cockspur Buildings. She strokes the twitching animal, whispers to it. A painted-out sign on the wall prohibits ‘…playing with balls, Cocksuckurs.’  Sanders grins. The least she could do is check him out.

Nadine’s lips are as polished as the rest of her body, an immaculate nude with the faintest of sheens. What remains of this girl’s raucous pink gloss is a kissed-out smear. The scrap that passes for her dress has rucked to thigh-top; a secretive triangle of fabric hovers just above the pavement.

‘Careful, darling.’ She’d be cute without the slap. ‘It’ll scratch.’

The girl rises and her lip curls back to expose sharp white teeth.

‘It won’t now.’ She tugs her dress down as she turns her back. ‘And I ain’t your darlin’, neither.’

They all learn that, these days, how to make out you’re hitting on them. Baseball Cap is closing in, but Sanders can see he’s no problem. Short, stunted by fizzy drinks and fourteen, fifteen at best.

‘Nothing to be done, then.’ The air has cleared Sander’s head and the kids bore him. He stretches his full six foot two to score a point.

A security light flares on Cockspur Buildings; Sanders stares at the half- dressed geriatric tugging a clinking refuse sack towards the bins. Three’s a crowd.

‘You just leaving it there?’

The kid has moved up tight.  Sanders’ car waits under the street light, its paintwork dulled to the ochre of old teeth.

Nadine bloody loves cats. She’d spent a whole night glued to the TV in her apartment once; watched a load of furballs with camera collars prowling and fucking all over the screen, while he’d worked his hand underneath her gym-tight ass and attempted to do the same.

The cat has arched its spine and stretched out; balls like bruised marbles, paws and belly splashed with mud. It’s been working these streets south of the river, its prey squeaking amongst shreds of fried rice and sauce-stained polystyrene, splinters of bone, snatched gobbets of blood. Swift sex hard up against a fence, no ties.

The old man yanks the bin lid up, hoists his bag onto the edge. His skinny ribs are glazed with sweat and nicotine.

‘Well it ain’t mine,’ he wheezes. The sack crashes into the bin and the lid bangs down. He massages his groin with a careless fist. ‘Ten a bleeding penny.’

Green phlegm lands near Sander’s shoe. ‘Piss off, and get rid.’

The car boot yawns open. From a nearby balcony comes the slam of a door, the rattle of a security chain. At least the kids get that he has taken control; the girl snatches a last look at the cat as she is pulled away.

Sanders spreads the Evening Standard across the dark carpet of the boot and stoops to lift the cat.  It’s undeniably cute, the way the head rolls, infant-like against his arm, a thin trickle of blood trailing from ear and nose; how fucking vulnerable it turned out to be. Nadine should see him now, settling its weight, still warm and soft, onto the face of London’s mayor, taking his time to be respectful despite that last seepage of shit on the underside of its fur.

Sanders spins his tyres and heads back towards Nadine’s. At the end of the road he spots the kids holed up in a bus shelter, hits the horn as he passes, grins as their stupid mouths jerk apart. He lets the car pick up speed. The payback for being Mr Nice Guy is that cat-loving Nadine will rescue him from the consequences of ferrying a fucking corpse around, will be impressed that he didn’t leave it on the pavement, or drop it into the wheelie bin; an option that, to be fair, he had at one point considered to be the obvious solution.

Sanders buzzes the gate and rolls his car into Nadine’s space. He wants her to admire his good deed right away, but there is an undignified, concrete aspect to a car park, even a gated one. He swipes the key card and jogs towards the lift with the body tucked under one arm. Its tail swings like a rope end from the crumpled newspaper.

The waterfront flat is over-warm, a trace of Annik Goutal in the air. Her bedroom door stands half open; the black glass dining table sparkles with the midnight traffic rolling over Tower Bridge. Sanders dumps the cat in the middle of the table and spins it towards the window, so that the flickering reflections enliven its half closed eye. He snaps open a beer and waits in the dark for any sign of life. The cat’s final, defiant leap seems suspended against the night. Its half-sheathed claws are snagged and torn, and an oily smear clogs its flank. After a while he bends over the cat’s muzzle and exhales. The whiskers shiver as his breath stirs the fur of its outstretched throat.

Blood has congealed into an uneasy patch around a half-closed eye. It gives the cat style, decides Sanders, draining the last of the beer, like a shiner after a nightclub brawl. That’s the thing about cats. Free to scrap and screw all over town, unencumbered by a possessive fucking queen demanding exclusive coupling rights.

Sanders grabs another bottle and pads past the bedroom door towards the bathroom. He yanks his flies open and hits the toilet bowl with a pungent stream of gold, jerking his cock to amplify the sound, that masculine, territorial noise of pissing that annoys Nadine so much. He pinches his foreskin to remove the final drops, turns away from the unflushed bowl and presses his mobile phone. Nadine’s razor-cut bob swings onto the screen.

‘Jesus, George. What the hell is it with you?’ Her voice is distant, even for teatime in Seattle. ‘I told you last time, there’s nothing more to say.’

Sanders leans over the cat, dabs at the oily streak with one finger. The fur still shifts easily across its flank.

‘So what’re you saying, Nads? One bad decision and bam, suddenly it’s over?’ He swallows another mouthful, spots the bottle in the tiny image at the top of the screen. ‘Car one…’ He raises his phone higher, salutes the perfumed emptiness of the flat, salutes the barman of a few hours ago, some prick of a Polack, telling him he shouldn’t drink alone. Holding the fucking door to the street for him.  ‘…cat zero.’

He’d risked a blade tonight, chanced it for the cat, done it for her.

‘George, what are you drivelling on about? Where the hell are you?’

Sanders flicks on a lamp, waves the phone towards the table. Apart from its new-minted eye patch the cat looks great.  Cock of the fucking walk from Lewisham to Lambeth.

‘Top fucking cat. Seriously. Made me think, maybe, you know, what we should do, get us one like this.’

Behind Nadine, the waspish hum of a legal convention in the good old U S of frigging A.

Sanders empties the dregs down his throat and tosses the bottle onto a chair. He shrugs. They could’ve joined forces, looked after each other’s interests. Free to come and go, the easy exchange of affection, no questions asked.

‘You’ve let yourself in, George.’ Nadine’s voice is rising to a familiar pitch. ‘I don’t bloody believe it. Get …’

Sander hits disconnect, drops the phone. The cat’s shuttered gaze still reflects the lights of the world, Sander’s world, where screwing clients is marginally less exciting than shagging one of Nadine’s friends and getting away with it.

If only, like Sanders, the goddam cat hadn’t mistimed its last leap.

Sanders rifles through Nadine’s overstuffed wardrobe for a suitable shroud. He spreads a violet silk nightdress across the bed and wraps the cat properly this time, paws together, head tucked towards its chest.

The London sky is lifting as Sanders carries the cat back to the car park. A ginger tom slips from under the Aston at his approach, tail twitching. It swaggers across the pavement and escapes.

Sanders sniffs out the pungent silt oozing from the embankment where the river rats grow fat, hears the sparrows stirring in the bushes by the gate. He is ready to ride again. To re-sharpen claw, preen fur, cleanse scratches; to be petted for only as long as it will take for daylight to pass, for dusk and the hunt again.

The railings are green with mildew, their gold spikes blistered and worn. Sanders unwraps the cat, grasps its legs and slams its body onto the flaking paint. Metal spears the cat’s groin; raw muscle splits through torn skin, erupts around steel. A minute later and Sanders has hooked the cat’s remaining limbs around the other spikes, has forced its stiffened spine across the rail, counterbalanced its dangling skull. The cat is no longer dead but alive, hind legs braced against the fence, paws tucked under its chest, ready to jump.  Sanders spikes the nightdress onto the next railing. It flutters its warning as he takes a picture, brings up Nadine’s number, and presses send.

The Aston Martin glows in the early light. Across the river the Shard is transparent, peppered with the tiny reflections of pink-tipped clouds. Sanders starts the engine. Sometimes, he thinks, it’s as though that fucking building isn’t even real. 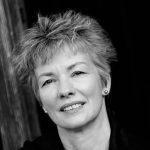 Gilli Fryzer knows absolutely nothing about quantum mechanics. She is a current Birkbeck Ph.D. student at work on a novel set in a rural backwater, where prejudice and guilt combine to trigger a spellbinding transformation. Her short stories and poetry have been published by MIR12, MIR 14, Earthlines, Word Factory and Litro. Her short story The Basket Weaver’s Tale was one of the winners of the Word Factory/Neil Gaiman competition to write a modern fable.