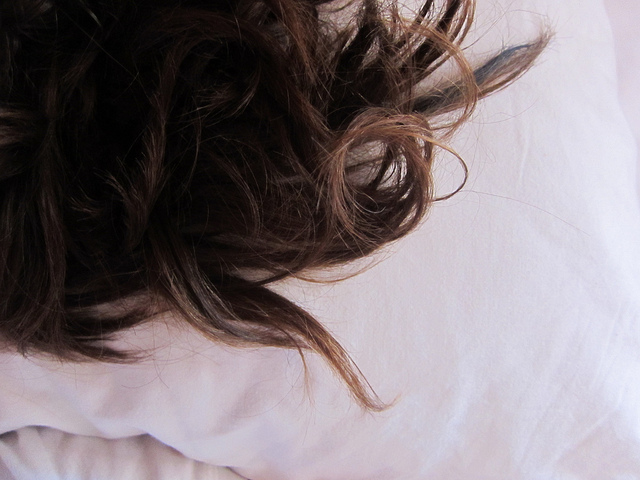 First, close the front door to the house after entering. You will pivot 180º clockwise to face the door, a movement which will drag the pile of recently accumulated letters out of the right-hand periphery of your vision and dump them in the left. Lean forward to press your body’s weight into the door as it closes, relenting only when you hear the click of the lock sliding into security. Turning to face back into the house, you will see in front of you the kitchen (or the door to it, if shut); beyond that the back door (also, imperatively, shut); and to your right the stairs up. This familiar, brain-etched view should ideally be accompanied by welcoming silence.

Enter the front room, through the first door on the left. Breathe an unnecessarily theatrical sigh of relief if there is no telltale bicycle in there. The bicycle, if there, will practically be blocking your entrance into the room, and the abrasive tread of its front tyre may even be visible from the front door; nevertheless, you should walk fully into the room, performing a shambling pirouette to survey its entirety once you reach its centre, making sure that no one is sitting at the unused dining table or among the forgotten furniture and chintz.

Next check the living room, next door. If the front room is devoid of bicycle it’s not likely that there’ll be anyone in there, but you must double-check, regardless. Leave your backpack, headphones, and other portable belongings here, piled on the moss-green rocking armchair which is ‘yours’ by unspoken habit alone.

Next check the kitchen – it’s visible from the front door so anyone’s presence there should have been immediately obvious on entering the house. All the same, you must walk to the centre of it (or as close to the centre as crowded worktops and decaying appliances will allow) and once again make a surveillant rotation. Speaking of appliances, the kettle here may be filled with water and activated – you’ll be glad of a mug of tea, later, certainly. Consider, though, that the kettle, senescent and verdigrised with limescale, may fail to switch off, pouring an inverted waterfall of steam into the ceiling’s pockmarked bowl; your main purpose here, remember, is to make sure that the room is empty.

If you have completed your check correctly you will have turned back to face the front door, which should now clearly present itself as a visibly closed, visibly locked door even from the distance of the kitchen. Its closed- and locked-ness should become increasingly apparent as you approach, but give the door a little push when you reach the foot of the stairs, just to make sure.

As you ascend the stairs, the door on your left should reveal a parallelogram of sepia carpet and whitewashed wallpaper. From here, your landlord’s bicycle, if it was present earlier, would be visible. Be sure to maintain your gaze across the bannister and through the receding doorway while ascending, to make doubly certain of its absence.

At the top curve of the stairs the landlord’s bedroom door should be ajar or even open, assuming that the bicycle was absent from the front room doorway. If the bicycle is absent but the door is closed, then an eventuality has occurred that is entirely unprepared for.

Assuming an absent bike and an open/ajar door, enter first your bedroom, next door to the landlord’s room. Step over abandoned clothing and azure polypropylene Ikea bags to reach the furthest corner of the room from the door. Rest one knee on the nearest corner of the bed to reach, with extended left arm, the flaccid curtains, and pull them closed.

Emerge from the now-darkened bedroom to finally check again the landlord’s room. (If the bicycle is absent, the door is open/ajar, and no voices or noises have emerged from the room then the landlord’s absence may reasonably – but not unriskily – be assumed.) Finally, check the bathroom too. As with the kitchen, the vacancy of these rooms should be inferrable from your present position on the landing and from knowledge of the house so far accumulated, but setting foot inside these rooms (in precautionary impersonation of a panopticon) it is essential to acquire certainty of their uninhabitedness. Make sure to return the landlord’s door to the same angle of ajar-ness or openness as you found it as you back out onto the landing.

With every room of the house now checked, return to the now-darkened bedroom, closing the door behind you, and sit on the edge of the bed nearest the door. Gather the two sadly askew pillows from the bed arrange them, one atop the other, on your knees. Your knees should be shoulder-width apart and, of course, aligned to face the wall straight ahead, opposite the bedroom window; the window, and the street outside obscured by curtains, should be as far removed from your field of vision as is possible within the room.

From this seated position, place your forearms between the layered pillows and your thighs. Arch your back, slowly, to lower your face into the topmost pillow. Your arms may be raised to lift the edges of the layered pillows, such that they curve to conform to your lowered face. (Contrary to the conventional wisdom of murder mysteries and thrillers, you can inhale deeply through the sebaceous filter of the pillows’ insatiate stuffing.)

Afterwards, the upper surface of the topmost pillow will be damp, and will likely present twin stains of mucus that will appear white in contrast to the darkened umbra of the formless Rorschach blot that is, was, your face. Place the bottommost pillow at the head of the bed, ready for sleep later. Place the topmost pillow alongside it, damp- and mucus-stain facing down into the mattress, on the other side of the bed. 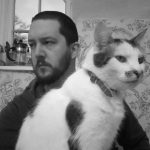 Rob Mayo is a graduate of Oxford, Birkbeck, and Bristol, where he completed a PhD on the theme of dysphoria in David Foster Wallace’s fiction. Although he has of course been writing (especially on the themes of emotion and eruption) for some time, this is his first foray into (flash) fiction.