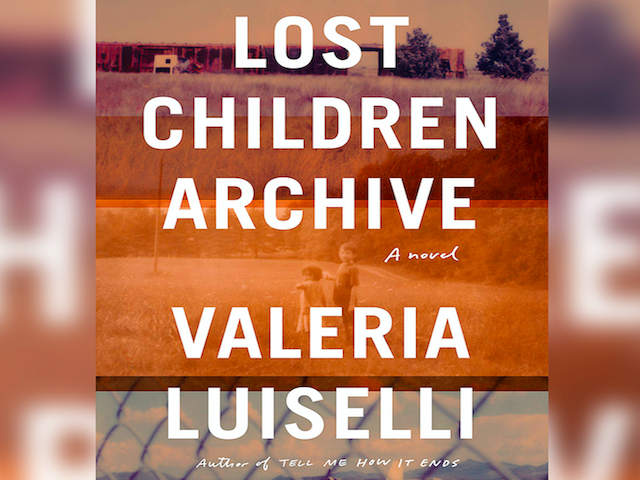 ‘I wonder at times if the children are indeed getting any of it, or if they’re even supposed to get it. Perhaps we expose them to too much – too much world. And perhaps we expect too much from them, expect them to understand things that they as people are not ready to.’

It sounds idyllic, and it was. A year of travel with my wife and two young daughters, exploring the world. Time to think, time to be together, time to read, time to learn new things, time to escape reality. We saw a lot of world.

We each assumed roles as we travelled. I often drove, my wife planned, the eldest read, the youngest played. Over time we fell into the rhythm of a road trip. We moved quickly, covered thousands of miles by every form of transport. Our only possessions what we could neatly pack into our rucksacks. Leaflets, sound recordings, maps, notebooks and pens, blogs and photos all became part of the archive of our trip.

So much of our year away came back to me as I read Valeria Luiselli’s engaging new novel Lost Children Archive. Her third, and the first she has written in English, Lost Children Archive is an account of a road trip from New York to Arizona the narrator agrees to go on with her husband, partly to pursue their professional interests, but also to try to save their failing marriage. An oral historian, he is creating ‘an inventory of echoes’ for the ghosts of the Apaches, the last Native American tribe to surrender. Also an archivist, she is keen to document the ‘daily nightmare’ of the plight of migrant children trying to cross into the United States from Central America. Their two young children accompany them.

Each family member is allowed to take one archive box with personal items of significance; photos, ephemera, books, notebooks, CDs and toys for the kids. Throughout the book, Luiselli lists these items, and includes photos of them, like scraps of paper sticking out of a travel diary.

As they travel south by road from New York, the husband tells his children stories of lost American Indians. They listen, ask questions, stare out of the car window bored, sing ‘Space Oddity’ by David Bowie, and often squabble. Mama listens in, but at the same time becomes increasingly anxious; of the unfamiliarity of their surroundings, the people they meet, the questions they’re asked, the lack of conversation with her husband. She worries that she’ll lose her children and that they’ll end up parentless, like the children she’s planning to document.

The rhythm of the road trip starts to unravel as they near their destination. The father’s frustration with his inability to undertake his research alone intensifies. Yearning for affection and normality, the narrator befriends another man in a bar. At some point, the family observes a group of children who are about to be deported, and from then on the story turns. Noticing the parents’ obsessions with their work, the boy and girl decide to run away. ‘If we too were lost children, we would have to be found again,’ says the boy at one point. The story is then told through the perspective of the young boy, leading to a final twenty-page, one sentence climax.

The experience of the road trip though is not only about the parents’ professional interests and an adventure for the children but also intertwines present-day stories of migrant children and those of the lost indigenous people of the southern states. The narrator who listens to her husband telling the children stories of the Apaches, says: ‘The more I listen to the stories he tells about this country’s past, the more it seems like he’s talking about the present.’

Reading Lost Children Archive I was taken by how Luiselli links her political interests with story-telling. Originally from Mexico, Luiselli has spent the last few years working as a volunteer interpreter in a New York City federal immigration court. In 2017 she wrote Tell Me How it Ends: An Essay in 40 Questions, a reflection on the stories of some of the migrant children who made it, and the circumstances that took them to the United States. Throughout her work, she rages at the plight of child refugees, many who have undocumented and broken lives that will often be decided by the whim of a judge.

At 350 pages Lost Children Archive at times meanders, and the switch to the point of view of the child breaks the lucidity of the narrator’s voice. When the boy and girl leave their parents and embark on their own journey, I found myself yearning for the voice of the narrator. I wanted to see more of the parents’ sense of loss. I had the same fears when I travelled with my family. What if we became separated from our children? What if, when trying to show our daughters the world, we found ourselves in a situation we couldn’t get out of? I often asked myself, do we, as adults show them everything at a young age and leave them to make up their own minds, or do we curate their lives for them, show them snippets as they grow up? When does it become ‘too much world’?

‘Even if we also needed to be guardians of our children’s imaginations and protect their right to travel slowly from innocence towards more and more difficult acknowledgments, they were our life partners in conversation, fellow travellers in the storm with whom we strove constantly to find still waters.’

We took our children travelling to show them that the world is not as big and scary as some might make out. It’s incredible in parts, ugly in others, kind and caring, yet often cruel. Travel, is though, a bazaar of life experiences and Luiselli fills Lost Children Archive like a travel scrapbook, full of the curiosities of being on the road. But it’s not a documentary, it’s fiction, and what’s so appealing about Lost Children Archive is the creativity of Luiselli’s prose, the honesty of her language and the parental anxiety she creates. It gives her space to shed light on an important issue – the horror faced by migrant children without wallowing in it, and shows the importance of archiving the stories and memories of all who are lost and undocumented.

‘Sometimes a little light can make you aware of the dark, unknown space that surrounds it, of the enormous ignorance that envelops everything we think we know. And that recognition and coming to terms with darkness is more valuable than all the factual knowledge that may ever accumulate.’

Miki Lentin has just completed a Creative Writing MA at Birkbeck University. He has appeared twice at MIR Live, was shortlisted for MIR16, writes book reviews for MIR Online, achieved 2nd prize in the Momaya Press Short Story Award 2019, and was long-listed for the Michael McMullan Cancer Writing Prize. He is a Trustee of The Reading Agency, established London’s Knowledge Quarter and is currently taking a break from working for a while @mikilentin