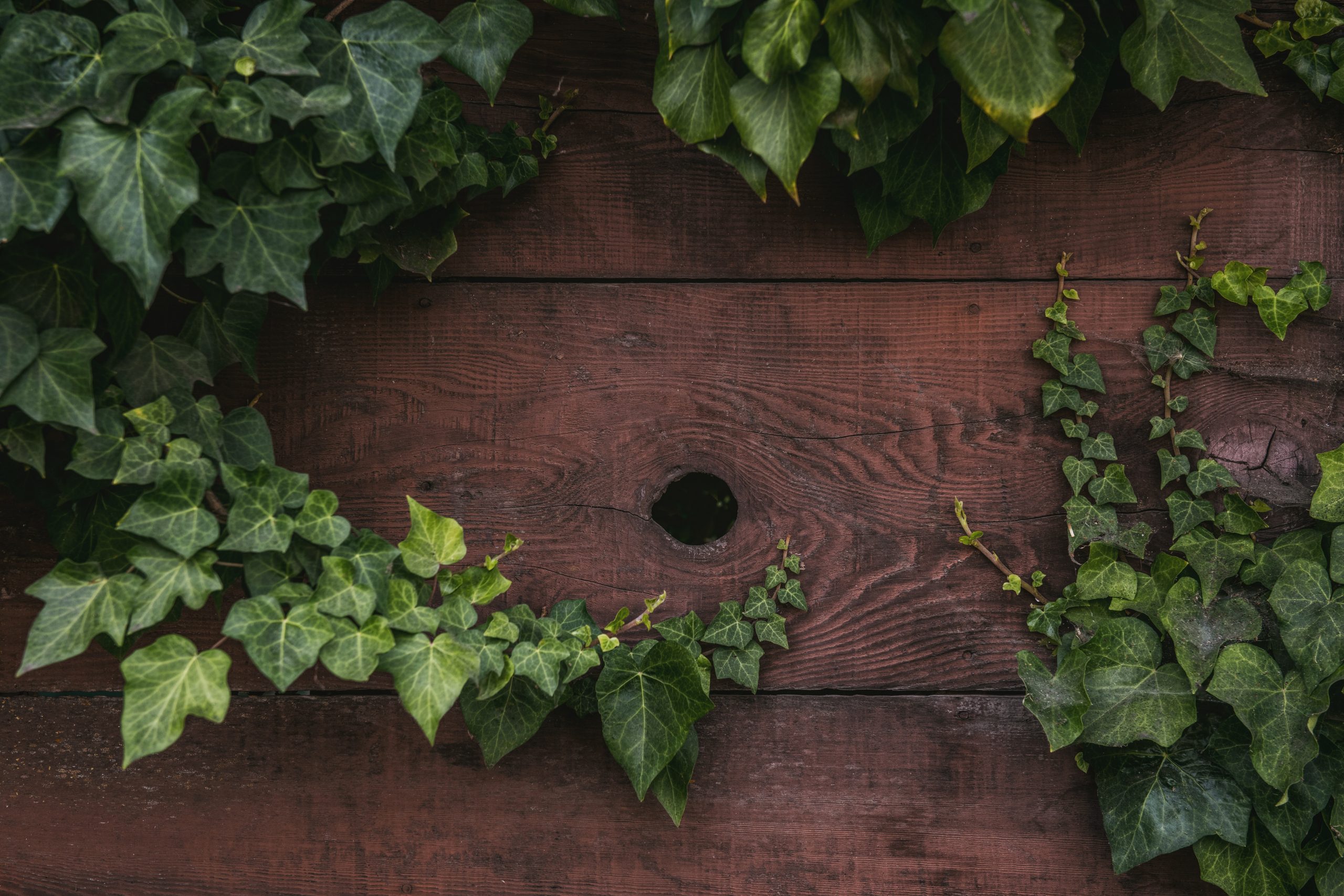 The twelve days of Christmas are beginning in Cyprus – a time when, according to local folklore, creatures known as kalikantzari rise up from Hell to wreak havoc. In a village wreathed in superstition, where the lives of the inhabitants are so entwined, Despo and Loukas must protect themselves and their unborn child from ominous forces at play.

A Good Year begins with a tale of the kalikantzari, the first of many. Kalikantzari dwell underground but surface on Christmas day. They walk the earth until 6th of January, their sole purpose to bring trouble to mortals. Passed down through generations, the words of her late father swim in Despo’s mind on Christmas morning as she tries to calm her nerves.

Within the first few pages of the opening chapter, Loizou delicately depicts a woman paralysed with fear; fear that dark forces seek to harm her unborn child. This depiction sets the tone for the rest of the book and draws the reader in. In just a few pages, as the second day of Christmas approaches, I found myself completely caught up in the anxiety which relentlessly plagues Despo, willing the baby to stay safe from demons that, prior to reading this book, I had never come across.

The story takes place over twelve days in 1925, each chapter a day closer to Epiphany. Loizou paints a vivid picture of the landscape and the tight knit community. Smells and tastes of rural Cyprus flood the story. Images of Zivania poured, Loukoumi served, the aroma of fresh coffee beans roasting, give the story a richness, which brings the village to life. Legend, myth and tradition rule the lives of the people. Traditions such as keeping a broken fingernail, or not laying down when pregnant on the day of a funeral, until the body is buried. The villagers take these traditions extremely seriously. Despo is dramatically hindered by her faithful adherence to them. Much like the Cypriot delicacies, some of which I was unfamiliar, Loizou does not explain each tradition or superstition, but instead leaves the reader to engage and investigate as much or as litte they see fit. As someone with little knowledge of the culture and traditions of Cyprus, to be fully immersed, I had to work for it, which always appeals to me.

The unseen threat the tales of kalikantzari bring, challenge the balance of the village; some disregard it as silly fairy tales, others taking every precaution to keep the evil spirits away.  Meanwhile, Despo’s husband Loukas has troubles of his own. Struggling with dreams and desires he is trying to suppress, he finds himself irresistibly drawn to an Englishman, a newcomer to the island. William, the Englishman, has recently moved to the village with his wife. The villagers are civil to the couple but are not welcome to their arrival. Immediately after William’s introduction, similarities can be drawn between the Englishman and the Kalikantzari. Both tolerated by the villagers, they are unwanted, untrustworthy and dangerous. Despo continually worries that an unseen force is at work, threatening her husband’s sanity, the future of her child and her life. For her, the threat is otherworldly, something that only God can protect her from. Most of what we know about William comes from the mind of Loukas. William is the danger that threatens his marriage and his life. Loukas ultimately turns to God for guidance.

Loukas is a complicated character. As his turmoil grows, it becomes increasingly difficult to foresee any way for the couple to find peace. I was desperate to root for him, though this – until almost halfway through the story – was a challenge. Loukas is not a particularly likeable character when it comes to the treatment of his wife.

The contrast between the thoughts and the actions of Loukas are particularly striking. Loizou reels the reader in as Loukas yearns for the touch of his Englishman. These moments are tender and heart breaking. A line later, Loukas’ thoughts are interrupted and we are guided back to reality – the kitchen table, the bed, the garden – where Despo is once again dismissed, her worries disregarded. In moments such as these, Loukas becomes slightly less endearing, despite his seemingly impossible dilemma.

The marriage is intricately explored, and what is not said is most important. The tension builds as the reader has access to the thoughts of the couple, yet they never let their guard down with each other. Neither one of them have anyone to turn to with their problems, so the problems fester, around a silent table at home together or at a large family meal. With each new day, the couple’s ability to cope dissipates, yet they are unable to communicate their fears to each other.

She’d done it again. She’d made her husband retreat into his body, like a turtle in danger. Any more of this and all she’d be left with was a shell.

Despo blames herself for Loukas’ withdrawal, convinced that she is the reason he is unhappy. As the story develops, so does the resentment. Culture and tradition play such important roles in A Good Year as its influence has the potential to have fatal consequences. Similarly, intuition, particularly the age-old trope of ‘women’s intuition’, recurs with increasing magnitude. The extent of how much is known about what troubles Loukas, by Despo and the community is unclear. As his story unfolds, there were points that made me unsure how much of Despo’s anxiety was wrapped up in denial. From the opening chapter it is clear that her intuition is warning her of a direct threat to her future happiness but is her conclusion misguided? It could be that Despo is deliberately looking the other way, knowing more than she wants to, and focusing her fears instead on something beyond her control.

As the book progresses, I found two concurrent ways to view the traditions. With each chapter and, in turn, day that passes, there is a distinct sense of urgency. Loizou allows the reader access to only the most important hours of each day leading up to Epiphany. The shifting focus from one character’s perspective to the next, is disorientating and there is no respite from the threat of devastation. The most mundane activities such as, drinking coffee at the social club, or walking in the garden, are heaped in anxiety. Rules and rituals keep some safe, supported and protected by not just the community, but by God. These traditions are so entrenched that the characters decisions and lives are based, not on their own terms but on a higher power. Faith in this protection is a source of comfort in an otherwise uncertain future.

The same traditions that comfort his wife, are not just restrictive for Loukas, they have the potential to have him outcast from his community entirely. Loukas has no idea how to survive the rest of his life denying who he really is. Loizou invites the reader to examine this contradiction and to question if faith in such traditions enhances life or damages it.

As the day of Epiphany nears, the tension heightens as does the pace. Loizou throws two major events at the reader in quick succession which bring the tension to its peak. From this point, the delivery of these events has a dreamlike quality to it. I was unable to tell if the events at the end of the book were actually happening or whether Loizou had taken us in the mind of his characters. The aftermath of both events feel as though they will become yet another folk tale, passed down through the generations.

A Good Year is a captivating story in which it is impossible to separate folklore from reality. Long after closing the book for the final time, I found myself wondering what became of Loukas and Despo. Did either manage to find peace within themselves?

Get the book here.

Amy Ridler is  a writer and English teacher in East London, where she runs the LGBT+ society. She has written about her experiences as an ‘out’ teacher, most recently in a chapter entitled ‘Miss, are you part of LGBT?’ for Big Gay Adventures in Education, which was published by Routledge in 2021. She has worked with the queer, feminist Live Art Theatre company Carnesky Productions as an associate artist since 2009 and continues to be a member of the company’s advisory board. She is currently an MA Creative Writing student at Birkbeck.