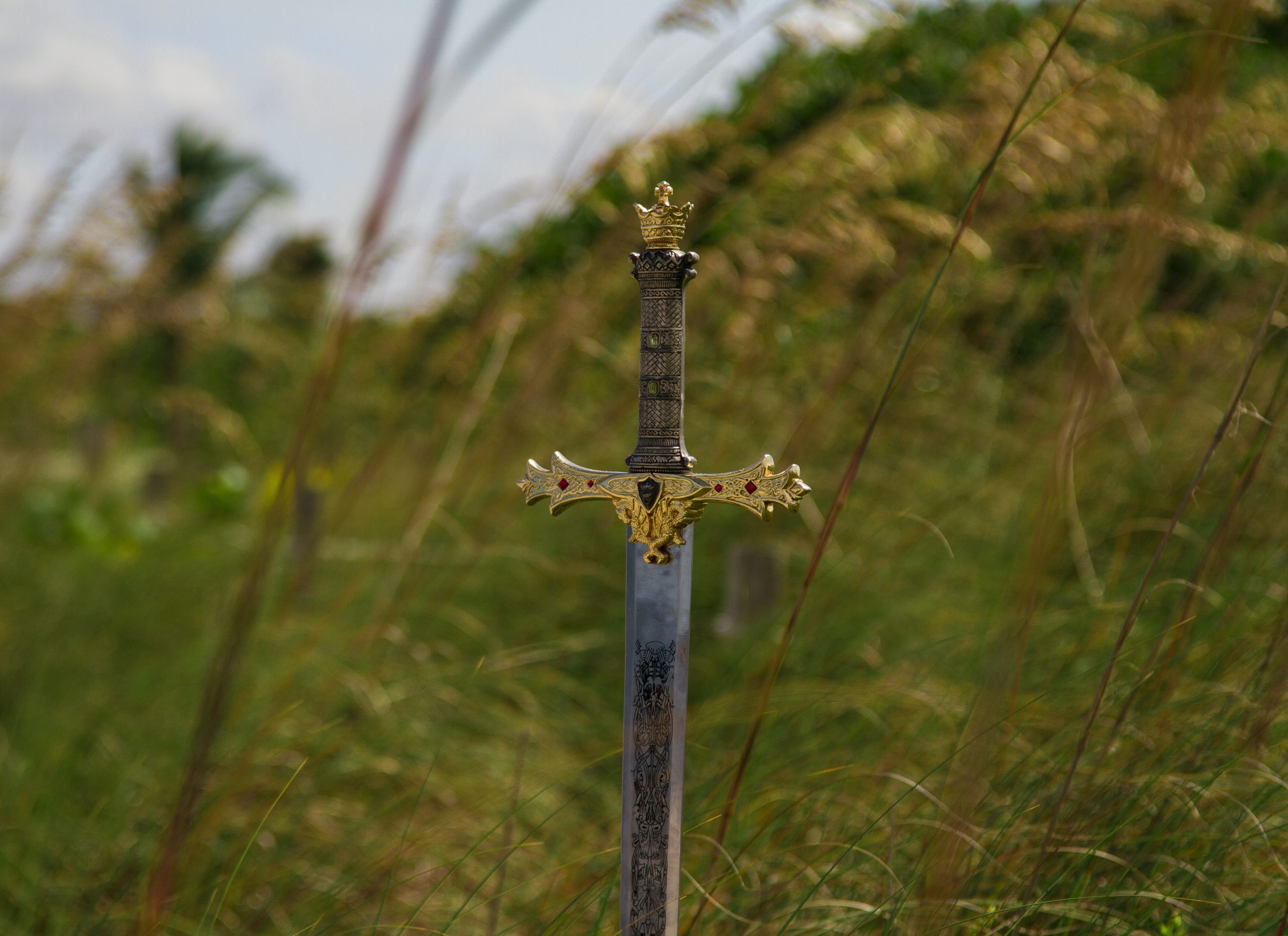 In a small picture frame on an otherwise empty white wall in the Museum of London, sits the brooch of a woman dating back to Saxon times. It was dropped through the roof tiles of a deserted Roman bathhouse, and found amongst the dark earth by archaeologists more than a millennium later. What makes it significant is that for around four hundred years after the Romans withdrew from Britain, the mile wide city of Londinium stood abandoned. It was a place people dared not enter. So who was this woman walking over the rooftop ruins a hundred years after the Romans left, and what was she doing there? This is the question that sparked writer and renowned historian Rachel Stott’s third novel, Dark Earth.

The story opens in AD500. It’s a century after the Romans departed and their former capital is decaying. Known as the Ghost City, people are too afraid of what may happen there to pass through its gates. This is a time of prophets and superstitions, a time of warlords, feuds, violence and brutality.

Sisters Isla and Blue live with their father, a legendary blacksmith, and fading memories of their mother, murdered by raiders many years before. Accused of using dark magic to create his indestructible fire tongue swords, the girls’ father has been exiled to a small island on the mudflats of the River Thames. But though his skills are feared, the swords are much desired. The local warlord, Osric, is expecting one when the Great Smith dies unexpectedly, leaving his daughters alone and the sword unfinished.

Ostracised from their wider family and community, Isla and Blue are without protection from male kin. They have no alternative but to place themselves at Osric’s mercy. Isla has inherited her father’s skills, and though local laws prohibit her from using them, she secretly completes the sword and they set off to deliver it. However the world beyond their island is more dangerous than they realised, and they are soon forced to flee Osric’s barbarous men, escaping to the only place no one will follow; the Ghost City. Here within the city walls, they discover a secret community of women living and working amongst the ruins. But they have a price on their head, and the men who hunt them will stop at nothing until they are found.

The story, set in a period of London’s history about which little is known, is deftly conjured. Fact is woven intricately with myth and legend to create a rich world, which feels both authentic and magical. Vivid and atmospheric, the landscape rises up triumphantly with layer upon layer of meticulous detail.

At its heart the novel seeks to address the question of what women, who are largely absent from the history books of the era, were doing in the Dark Ages. The violent narrative of the time, where life was lived according to the whims of a ruler, where women had no agency, where they were kidnapped, raped and murdered, runs through its veins. It’s against this backdrop that the female community of the Ghost City live, love and work, free from society’s rules and expectations.

While Isla and Blue’s previous life was sheltered, now they flourish. Drawing on the lessons of their foremothers they are encouraged to recognise their own power and worth. As their confidence grows, they lose their naiveté and find the courage to take charge of their destiny. The sisters’ innocence brings a charm to the novel, but to an extent keeps the reader at arms length, as though there’s a squeamishness about both getting too close to the gritty truth of the times, and more openly exploring the nature of the girls’ sexual relationships.

The engine for much of the exposition and action is dialogue. Here things become less convincing. Characters say more than they need, and tension rifts around lines such as “Catch the older one. Catch her. Use the nets. And someone get me a fucking horse.”  This arguably packs less of a punch yelled into the ‘rain soaked night’ in a pivotal scene escaping Osric’s men, than the drama of the two young women stumbling down a road where ‘the furrows in the stone made by the old cart tracks are turning to rivers of rainwater under their feet’.

The climax of the book is a battle between the brute force of men and the wit and wisdom of women, but whilst the world is undoubtedly merciless and the stakes are high, there’s a disconnect somehow. The tension doesn’t come through on the page and it’s hard to escape the sense that everything will be alright in the end.

While Dark Earth is an enjoyable read, the approach to the gender divide is disappointingly simplistic. The women are mostly good, doing their best to survive the oppression, violence and power of the men, who are, with one notable exception, bad.  And at times the history book issue hits too squarely on the nose. When Blue recounts a list of recent kings, she asks,  “But where are the women? Who is going to remember them?” The message is Girl Power, but the effect is to deprive the story of subtlety, which does a disservice to the intricate and memorable world in which it is set.

CATHERINE WHELTON IS AN AWARD WINNING TELEVISION PRODUCER AND DIRECTOR. SHE IS CURRENTLY STUDYING FOR AN MA IN CREATIVE WRITING AT BIRKBECK.