Forgive Me Body by Leo Dragstedt 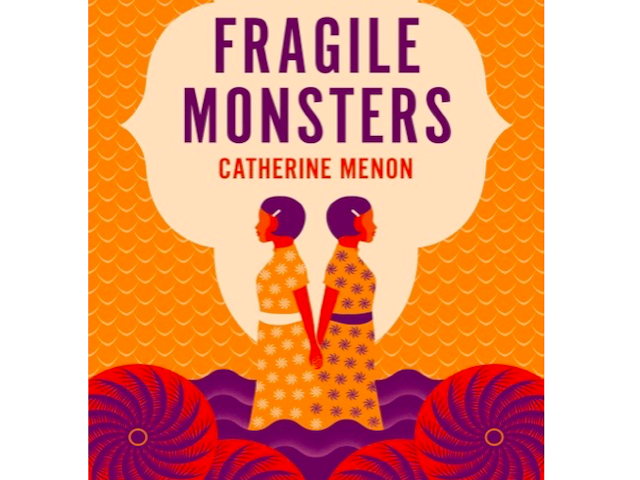 Surely there can be no greater compliment for a debut author than to receive tributes, before publication, from two renowned novelists; Hilary Mantel and Colm Toibin.  Of Catherine Menon’s Fragile Monsters, to be published by Viking in January 2021, Mantel says, “Supple, artful, skilful storytelling – it takes an immediate grip on the reader’s imagination and doesn’t let go.” Toibin’s review is equally glowing, ‘a brilliant novel about homecoming and the layered, unstable past that haunts and hurts . . . I admire it enormously’.

This page-turner is the multi-generational story of a family in Malaysia.  Menon deftly weaves the lives of generations – great-grandparents, grandparents, mother and daughter (the protagonist) Durga – with timelines veering between the 1920s, World War Two, Malaysian independence and the present day. Not only is the family history an unconventional one, but so too is the family heritage: from Ceylonese and English great grandparents to Durga’s undetermined parentage. Durga is a fugitive from an unhappy relationship with a married man in Canada, having moved to teach mathematics in Kuala Lumpur.

Central to the story is Durga’s relationship with her challenging grandmother Mary, with whom she is entrapped during a flood. We discover that both she and Mary are haunted by broken childhood friendships, but it is the festering secret of Mary’s daughter Francesca, Durga’s mother, that remains the enigma in this magical tale until the final denouement.

I spent some time in Malaysia as a teenager in the early 1960s, soon after Malaya was renamed Malaysia. My father was involved in the building of the House of Parliament in Kuala Lumpur and I was particularly interested to learn about the little known struggle for independence following World War Two, especially the ignoble behaviour of the British and the warring factions that brought such hardship to the inhabitants.  Menon seamlessly merges this history into the story and her imaginative descriptions immerse the reader in the humid, untamed, environment of the country.

Catherine Menon is a lecturer in robotics and the daughter of two doctors, evidenced in the intelligence of her writing. The mystical overtones are reminiscent of Arundhati Roy’s novels, a comparison I hope Menon would find flattering.  In her acknowledgements she thanks her lecturers in creative writing at City University and, although the story and the structure are very much her own, her descriptive employment of the senses demonstrates the craft she honed there.  An absorbing and entertaining read.  An admirable first novel which I highly recommend.

The first British baby born in El Fasher (her claim to fame!), Elizabeth worked in Greece and the USA and with David Bowie and Bryan Ferry.  She is a past, frivolous, PR practitioner but is currently a Yoga teacher/dogwalker and wannabee writer/BA Creative Writing graduate.  Glamma to granddaughter Bay, mother to movie magnet Katie and budding tycoon Angus, and mistress of Cockapoo Tuppence.